CONDITIONAL CITIZENS
On Belonging in America
By Laila Lalami

Laila Lalami begins “Conditional Citizens” with the promise of U.S. citizenship: On a steamy day in 2000, she goes to the Pomona Fairplex, a place that also hosts the Los Angeles County Fair, to be sworn in as an American citizen. Moroccan by birth, Lalami came to the United States for graduate studies in linguistics, fully intending to return home. But she met a man, fell in love — and stayed. She and hundreds of other immigrants who have studied and mastered the grand ideals of this country are handed miniature American flags that day and pledge an oath to the United States, its Constitution and its laws. These ceremonies can be deeply moving, and Lalami, a novelist who often writes about being an outsider, emerges convinced she is now an equal citizen in a country where everyone shares common values.

“I thought, somewhat naïvely, I admit, that I would be treated no differently than other Americans,” Lalami writes. In joining America’s 22 million naturalized citizens, she assumed she had gotten the key to the promised land; she is the bearer of an American passport. It doesn’t take long for her — an immigrant, woman, Arab and Muslim — to grasp the yawning gap between the ideal taught in civics lessons and reality. In many ways, she argues, she is a “conditional citizen,” one who soon understands what it is like “for a country to embrace you with one arm and push you away with the other.”

Conditional citizens, in Lalami’s account, are not allowed to dissent or question the choices of their government; if they do, they are viewed with suspicion, their allegiance to their new country questioned. Conditional citizens also have less freedom of movement. Border patrol agents rely on at least 136 checkpoints (the total number in operation at any given time is not publicly available) that are up to 100 miles inside of U.S. borders to stop and question residents. That territory potentially ensnares two-thirds of this country’s population, and each year, hundreds of U.S. citizens are wrongfully held in immigration jails.

[ Read an excerpt from “Conditional Citizens.” ]

Lalami shows how our nation’s schizophrenia toward immigrants — Immigrants built this great country! We are a nation of immigrants! Immigrants bring disease, crime and rob us of our jobs! — can give conditional citizens whiplash as they are simultaneously regarded as America’s best hope and its gravest threat, a combination of suspicion and rejection that Asians, Italians and the Irish, among others, have all faced.

Lalami is less insightful when she widens her lens to argue that all minorities in the United States — including people born here but of a race, faith or gender not shared by the dominant majority — are discriminated against by their government and others, a heavily worn argument. Black and Latinx people face greater policing and punishment; they are much more likely to be jailed. According to one study, Black people are less than half as likely to be considered for employment as white applicants with similar qualifications. A Black child involved in a school infraction is more likely to get suspended than a white child. Our government keeps conditional citizens from voting, historically through poll taxes, now through voter ID laws passed by Republican-held state legislatures that target the poor and minorities to suppress liberal votes. 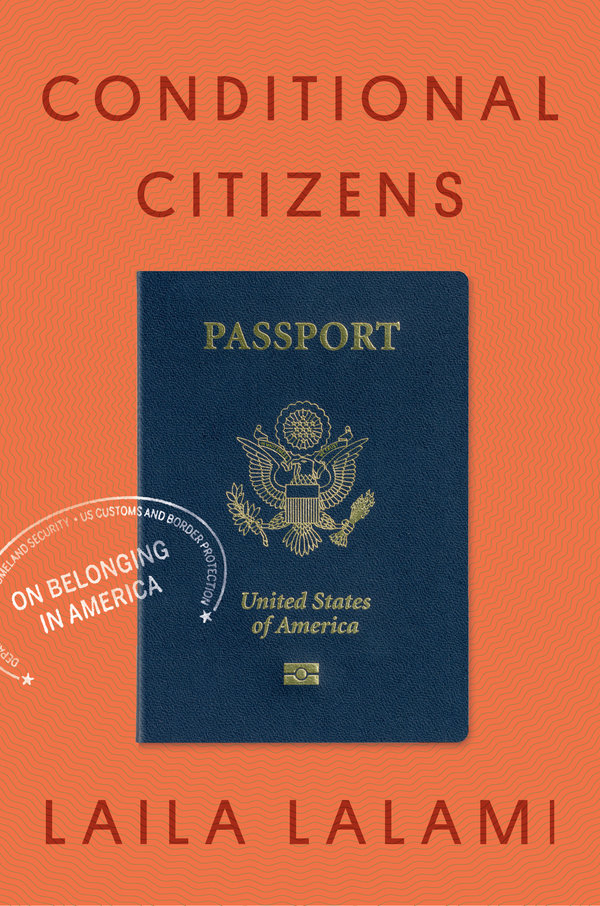 Lalami’s book lands after analyses of Donald Trump’s 2016 victory revealed that it was driven less by angst over losing jobs to immigrants than fear on the part of whites that their group dominance and privileges might slip away as they become a demographic minority. One survey found that white working-class voters were three and a half times more likely to support Trump if they felt “like a stranger in their own land.”

“Conditional Citizens” is best when Lalami turns inward: How has her treatment by our government and fellow citizens been far from the ideal? Her first interaction with the federal government after she becomes a citizen involves a border agent at Los Angeles Airport who asks her husband: “How many camels did you have to trade in for her?” After 9/11, a mentality of “you’re either with us or you’re against us” causes even colleagues at her office to treat her with suspicion. When she voices dissent about the country’s wars in the Middle East and questions U.S. exceptionalism, her allegiance to America comes under attack.

But I wish Lalami, the author of four novels, including “The Moor’s Account,” a Pulitzer Prize finalist, had dug much deeper to show in this, her first nonfiction book, how this inequality affects her. I wondered: As an English professor who lives in Santa Monica, Calif., among the nation’s wealthier and most liberal enclaves, was she buffered from the worst of the inequalities she describes? You don’t have to look far in Los Angeles County, where I also live and where 34 percent of the residents were born in another country, to show how these inequalities play out daily. She could have cast a wider narrative net to tell these stories through friends and acquaintances.

When my white husband and I moved to Manhattan Beach, Calif., 24 years ago, the local cops stopped me three times my first year for not signaling a left turn — something my German-American husband, who has white hair, fails to do daily but for which he has never been stopped. “Brown girl can’t get no justice in Manhattan Beach!” I fumed after each police takedown. A Mexican immigrant I know rides his bike along the same route each morning to his factory job, and is stopped and frisked by the same cops several times a week. The unequal treatment can be chilling. In 2010, when I delivered a keynote address at a national convention of the American Bar Association in Phoenix, I kept my U.S. passport in my pocket at all times. This was after Arizona passed S.B. 1070, a controversial law awarding local authorities broad new powers to crack down on undocumented immigrants. At the time, Joe Arpaio, the sheriff of Maricopa County, which includes Phoenix, had a penchant for detaining people who were Latinx, including some American citizens, and turning many over to immigration agents for deportation. As Lalami notes, in the 1930s, the police in the United States rounded up as many as two million people of Mexican heritage and deported them. Half were U.S. citizens.

While her book convincingly lays out the inequalities among citizens, she’s woefully short on remedies and specific ideas for achieving change. How do you make voting accessible to all? What are the best approaches locally, statewide or in other countries that we should fight to have enacted wherever we live?

When Donald Trump is elected president, Lalami hears terror in her daughter’s question: “He can’t make us leave, right?” That the question would even occur to a girl born in the United States is infuriating. Lalami asks us to be better, so no American children feel it’s a question they ever have to ask.