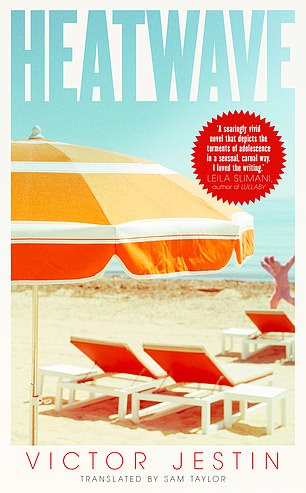 This short, sharp, shock of a novel was a sensation in its native France. It’s narrated by Leonard, a teenager on holiday with his parents at a campsite in Landes who one evening witnesses another boy of a similar age hang himself in a playground.

Not only does he do nothing to prevent it, he then clumsily conceals the body. His guilt swells in the days that follow, exacerbated by his feelings of alienation from the sexually confident teenagers also on holiday and a more general adolescent existential malaise.

Jestin is extremely good on precisely those sensations so indelibly associated with fraught teen summers, be it Leonard’s obscure feelings of separation from his perfectly pleasant family, the forced bonhomie of those running the campsite or the blistering heat that seeps like an illness under the skin.

Meanwhile, the smouldering fact of Oscar lying buried in the sand contrasts like an absurd nightmare with the bright, happy faces of those playing in the sun. Adolescent horror stories are not particularly uncommon, but this one is beautifully done.

You’d have to look to the gods themselves to find a cast of characters who behave as badly as the Briscoe family in Stacey Swann’s new novel, set in a small, sleepy Texan town.

Patriarch Peter has sired at least three children outside his three with his long-suffering wife, June; he also owns much of the town’s real estate. For years the family have perfected the art of looking the other way when confronted with something they don’t wish to see.

But when March, black sheep of the family, returns home after two years in exile following an affair with his brother’s wife, resentments that have seethed beneath the surface bubble up.

It goes at a lick, but I found myself reading more in appalled horror than because I cared for those involved. 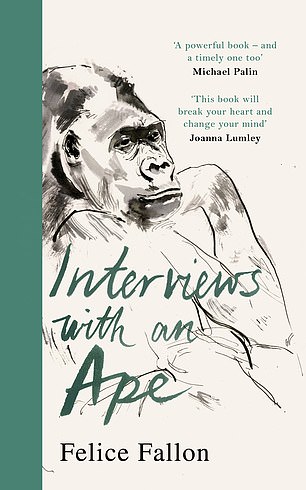 Interviews With An Ape

This peculiar novel takes the form of interviews with a wide cast of characters, many of them animals.

All have suffered at the hands of men, be it the piteous sow brutalised by an industrial pig farmer or a fox hound forced to endure inhumane experiments in a lab. The star of the piece is a gorilla named Einstein blessed with the ability to sign but who spends the first half of the book in a series of cages, driven half-mad by cruelty and neglect.

And then there are the humans who suffer too: the father forced to turn to poaching to protect his family; the people forced to work in the bear bile farming industry for money.

Fallon’s novel, inspired by a real ape with exceptional communication skills, ostensibly reads like a fable, albeit one charged more than usual with a moralising message as she drives home the extent to which our brutal treatment of animals alienates us from ourselves. But I’m afraid I found its cloying, simplistic tone very annoying.