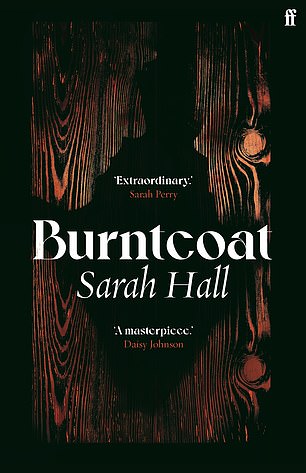 Sarah Hall has described the compulsion she felt to write at the start of the pandemic, and the pain of 2020 is wrought into this novel’s fabric. It’s also made manifest in the form of artist Edith and her monumental sculptures, which involve wood that has, paradoxically and suggestively, first been burnt.

Edith is now in her 50s, and about to deliver her last commission — we know that she is entering her final days. But as the novel slides fluidly between timeframes, we also learn how, some decades before, Edith’s relationship with a chef, Halit, was forged in a period of lockdown, when the country was swept by a devastating disease.

Hall is interested in the irresistible imperative of the life-force — which means she’s interested in sex. And there’s a lot of it here, described with Hall’s trademark ingenuity. But her characters are stripped down to their animal selves by illness, too, captured in terms that are rivetingly stark. Some ideas go undeveloped, but even so, this is a knockout.

This short, sharp (and strange) little Korean novel centres on a case known as ‘The High School Beauty Murder’ — the killing of incredibly beautiful but glacially aloof 19-year-old Kim Hae-on. Her murder coincides with the end of the 2002 World Cup, football fever having engulfed the country — but that excitement is as nothing to the sensation Hae-on’s death causes at her high school.

Lemon is a darkly thriller-ish tale of aftermath, unfolding in brief chapters that jump years at a time, and split between the perspectives of Hae-on’s warm, bubbly, younger sister and two of the dead girl’s classmates.

With no motive and no culprit, the crime remains a mystery, and Yeo-sun teasingly leaves her reader to join these and other dots. However, it is the (apparently) incidental details that linger longest, and most unsettlingly, in the mind. 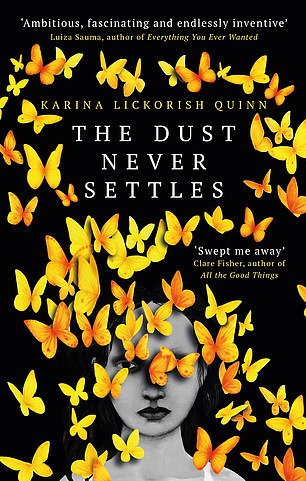 In Karina Lickorish Quinn’s Lima, the past is very much part of the present: not least in the form of the dead (or ‘retired from life’) relatives who haunt Anais Echeverria’s grand ancestral casa, hanging drunkenly from chandeliers or playing dice with human teeth.

Anais — recently engaged, newly pregnant, and ambivalent about both — has returned to her childhood home from England to oversee its sale. But the unquiet history of the house cannot be ignored.

Many debut novelists would have been happy pursuing just this plot, but Quinn’s extravagant imagination also gifts us a second strand involving a teenage maid who, having fallen to her death at the casa, returns to earth as a saint of small miracles with a capacity to see swathes of her country’s complex history.

A heady blend of Isabel Allende and Gabriel Garcia Marquez, in which stories and visions proliferate dizzyingly in all directions, this is an impressive first outing — even if it’s not always very easy to follow.