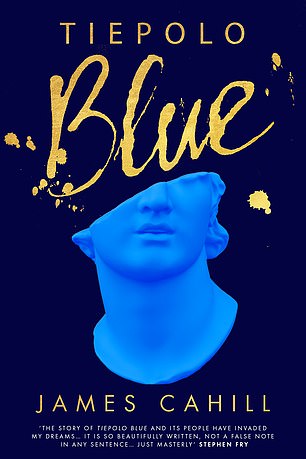 Art, academia and abject self-denial combine in this startlingly impressive, 1990s-set debut about an emotionally uptight art history professor at Peterhouse College, Cambridge, whose disdain for the swaggering new art scene is challenged when the master places a contemporary installation in the college quad.

Appalled, the professor publicly attacks the installation, after which his career starts to unravel: he leaves Cambridge to become director of a London museum but finds himself increasingly at odds with the staff, confused by an ambiguous relationship with a young art student, and unable to focus on his ground-breaking thesis on the Venetian classical artist Tiepolo.

Cahill allows us to sympathise with this desperately unhappy, loftily pompous loner as his mind slowly disintegrates while also leaving us uncertain of the forces at work in his gradual breakdown.

A heavily perfumed, sexually tender, psychologically acute novel that gets a bit bogged down by discussions about art, but which also feels as full of light and colour as Tiepolo’s incandescent skies.

So much of Irish literature pivots on the push-pull of home, the yearning to leave and the forces that propel you back again. The Amusements is ostensibly set in the small Irish town of Tramore where young Helen, a highly talented artist secretly in love with her glamorous, wild-spirited school friend Stella, is struggling to negotiate her dreams of art college with a mother who refuses to countenance her leaving and a father whose love for his daughter is tempered by his helpless alcoholism.

Then there is Stella’s mother, who is dead set against Helen having anything to do with her child. Over three decades Flannery follows the families of both girls as their lives spin in different directions including across the Atlantic in this free-wheeling debut, which has the pleasing structure of a collage.

Yet the real character here is Tramore itself, with its ice cream parlours, amusement arcades, caravan parks and that unwavering essence of self particular to small Irish towns that traps certain people as much as it sets others free. 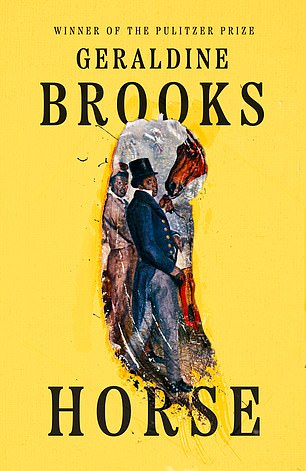 There’s a huge amount going on in this historical epic by the Pulitzer winner Geraldine Brooks, inspired by the story of a 19th-centuryAmerican racehorse so fast and beautiful his races drew crowds of thousands in the antebellum Deep South. There’s the enslaved horseman Jarret, whose life is entwined with the horse he adores.

There’s the mysterious painting of a white-socked horse that is dumped on a Washington street in the 1950s.

And there is the emerging relationship between an Australian scientist tasked with reconstructing the bones of a 19th-century horse and an African-American academic with an interest in 19th-century equine art.

Brooks plaits her various threads together with care and a sure historical touch in this pretty engrossing novel about ownership, race and representation across the American centuries and which, in its depiction by a white author of two central black characters, adds to the ongoing conversation about cultural representation in literature, too.