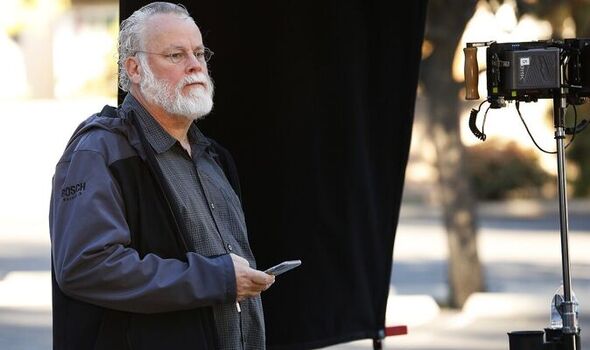 The world-weary but relentless detective has starred in 24 of the author’s 37 thrillers, which have sold more than 80 million copies globally. The exploits of the Los Angeles Police Department homicide detective have also been adapted into the popular Bosch series on Amazon TV – as well as spin-off Bosch Legacy – starring Titus Welliver and Madison Lintz as his daughter Maddie.

But Connelly says after 30 years of writing about the Vietnam veteran – now 72 after ageing in real-time in the books – he has started thinking of the best way for him to bow out.

The 66-year-old author said: “I have been thinking for the last decade or so of how I would bring the series to a close. I have been very lucky… being able to write about this character in real-time for 30 years. It seems to me to be my duty to carry it from beginning to end.

“So there is a theme of mortality in the new novel Desert Star but my hope is that there are still stories to tell about Harry Bosch.”

Desert Star sees the retired Bosch recruited as a volunteer to the recently reopened LAPD cold case unit, which is headed by his friend and protege Renee Ballard.

She convinces him to join with the chance to work on an unsolved case that has haunted him for years – the murder of a family of four buried in the Mojave desert. The hunt takes Bosch to Key West and Chicago, and with evidence hard to find makes him think about crossing the line.

Connelly also created the Lincoln Lawyer series – whose hero is LA defence attorney Mickey Haller – which is currently filming a second series of its Netflix adaptation. He is aware fans will be alarmed by talk of Bosch’s potential demise.

He said: “Harry is a real character to a lot of people so I have to be very careful with these sorts of things. But at the same time, I have to be true to the character and his evolution.

“At some point, I could, for lack of better words, kill Harry Bosch off, but go back and write stories about him earlier in his life.

“But Harry’s always been the through-line of what I do. I kind of hope that the last Bosch book is my last book as well.”