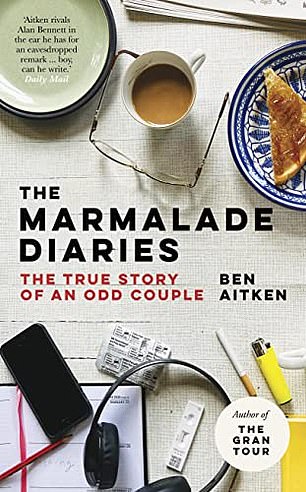 Ben, 34, and Winnie, 85, were unlikely housemates. Necessity united them: widow Winnie lived alone in a large house in Wimbledon; Ben, a writer, needed a cheap place to live.

They met through an organisation that matches tenants with homeowners who need help to continue living independently.

Winnie knows how things should be done, and has a trenchant way of expressing herself: ‘Nice peppermill,’ says Ben, cautiously, at their first meal together. ‘Rather obstinate, I’m afraid,’ replies Winnie.

Neither expected that ten days after Ben moved in, the lockdown would begin. Over the coming months of enforced domesticity, a friendship began to flourish across the age gap.

Warm, funny and perceptive, this delightful memoir makes an irresistible case for old and young to get to know each other.

Oxford Uni is a hotbed for Prime Ministers, from Johnson to Truss.

And in Talulah Riley’s latest, the career of Dana Mayer, who will become one of the UK’s most controversial premiers, begins in Oxford at a party, when Arthur Alden meets his charismatic fellow undergrad. Escaping the party, they end up having an intense, state-of-the-world conversation. ‘We’re at a pivotal moment in human history,’ Dana announces. ‘It’s a quickening, a moment-of-no-return.’

Years later, Arthur, now a senior official in Dana’s dystopian regime, muses on that first meeting: ‘I had the opportunity to kill her.’

The provocative novel by Riley, an actress and former wife of the billionaire Elon Musk, imagines a future in which women dominate and men are enslaved and emasculated. 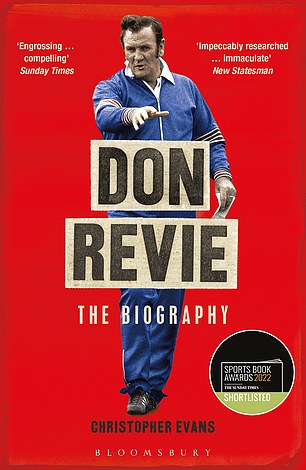 Before social media made cancellation a familiar fate, the former Leeds and England manager Don Revie was cancelled, according to his biographer, Christopher Evans.

In 1961, Revie took over at struggling club Leeds United. He transformed their fortunes, signing talented players and introducing a visionary focus on diet and welfare. Multiple trophies followed, but the club gained a reputation for dirty play.

Appointed England manager in 1974, Revie failed to repeat his success, and his departure for a lucrative job in the UAE was followed by a ten-year suspension by the FA for bringing the game into disrepute.

The ban was later overturned, but Revie died in 1989 aged 61, still beloved by his old colleagues. Evans’s well-researched biography makes an eloquent case for his posthumous rehabilitation.