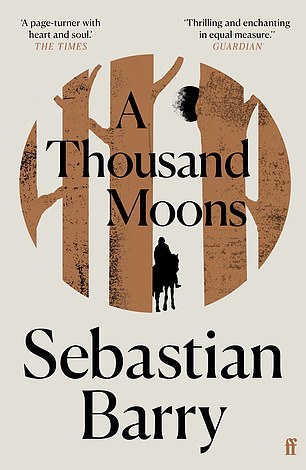 ‘I am Winona.’ Sebastian Barry’s heroine introduces herself in the first sentence of his new novel. But she is not Winona — or not exactly. She is a child of the Native American Lakota tribe.

Her family were massacred when she was a child, and she has been adopted by Thomas McNulty and his partner, John Cole, the protagonists of Barry’s earlier Costa Prize-winning novel, Days Without End.

The latest addition to Barry’s cycle of novels explores the bonds of family relationships.

In the lawless atmosphere of 19th-century Tennessee, Winona’s adoptive family seems painfully fragile but, amid the chaos, the certainties of justice and kindness hold fast. Barry’s beautifully written novel is a heart-stopping exploration of the healing power of love. 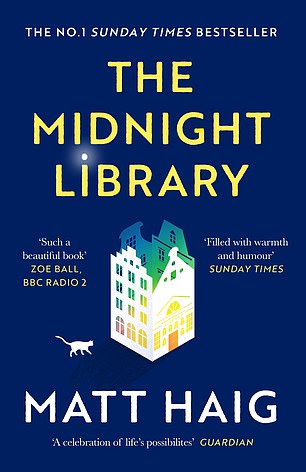 At 35, Nora feels that life is not worth living. She has lost her job, cancelled her wedding and upset her brother.

As she contemplates these disasters, she learns that her beloved cat has been run over. It is the final straw: Nora writes a suicide note and prepares to die. But instead of oblivion, she finds herself in an otherworldly library where each book represents a possible alternative life for her.

Would she have been happier if she had become a rock star? An Olympic champion? A wife and mother? The choice is hers.

Matt Haig’s bestselling novel is a tender and timely study of how a second chance of happiness may survive amid overwhelming regret.

In these extraordinary times, the word ‘contagion’ suggests one thing: Covid-19. But as Adam Kucharski points out, many things can be contagious, from fake news to social media stunts such as the ice-bucket challenge.

A professor at the London School of Hygiene & Tropical Medicine, Kucharski has studied outbreaks of contagious diseases such as Ebola and Covid, and his book considers the way they spread.

‘When it comes to contagion,’ he writes, ‘history has shown that ideas about how things spread don’t always match reality.’

Whether we are interested in preventing outbreaks of disease or violence, his radical, readable book suggests that we may have to rethink everything we thought we knew about infection.