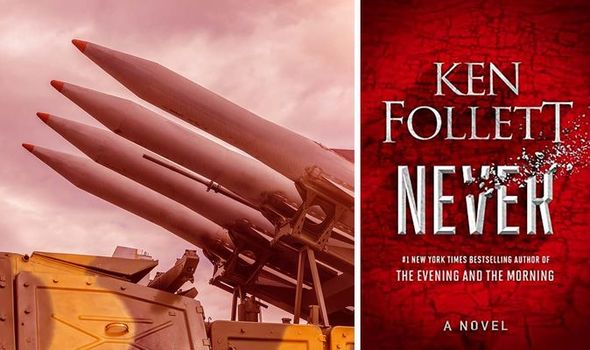 Never imagines a series of global events nudging the world closer to a Third World War that few would survive. First, a conflict breaks out between the US-backed Chad and Chinese-supported Sudan in Central Africa, a region that has been arming Islamic extremists with Chinese-made weapons from North Korea. This puts the two global superpowers at loggerheads.

Then Chinese threats to a Vietnamese oil exploration vessel with American geologists on board ratchets up the tension.

A military rebellion against the Supreme Leader in North Korea, a Communist state that China will not allow to fall into the hands of US-supported South Korea, takes the world closer to crisis.

And with the rebels now controlling a military base housing six of North Korea’s nuclear weapons, the stakes couldn’t be higher.

It’s not until the final page of the book that readers find out whether two people trying to stop the nuclear devastation of a Third World War, US President Pauline Green and Chang Kai, China’s Vice-Minister for International Intelligence, succeed.

It makes for terrifying reading as Follett shows how easily this nightmare scenario could come to pass. In masterful detail, his sweeping narrative explores the lives of an engaging cast of characters in North Africa, China, North Korea and the US.

It’s a stunning thriller and one of the most compelling reads of the year.

It’s not quite The Godfather, but it comes pretty close.