THE FRIENDS WE KEEP, by Jane Green, read by the author. (Penguin Random House Audio.) In the new novel by the author of “The Sunshine Sisters,” a disturbing secret threatens to destabilize the reunion of three childhood friends, 30 years later.

NATURALLY TAN, by Tan France, read by the author. (Macmillan Audio.) The “Queer Eye” style expert narrates his traditional English coming-of-age and his path to the Fab Five, as one of the first openly gay Indian men on television.

WHERE THE LIGHT ENTERS: Building a Family, Discovering Myself, by Jill Biden, read by the author. (Audible.) Biden relates the story of her marriage to the former vice president and current presidential candidate — what it’s like to be a political spouse and her role in a family marred by tragedy.

PLAY HUNGRY: The Making of a Baseball Player, by Pete Rose, read by Mark Deakins. (Penguin Random House Audio.) Rose is perhaps the greatest player not inducted into the Hall of Fame. His life story is narrated here by Deakins, of “Star Trek: Voyager” fame.

THE LAST VOYAGE OF POE BLYTHE, by Ally Condie, read by Sophie Amoss. (Listening Library.) The author of the celebrated “Matched” trilogy returns with another Y.A. triumph about the teenage captain of a mining ship. 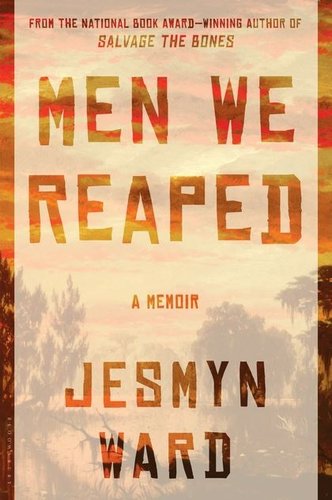 I spent weeks reporting on Hurricane Katrina — perhaps naïvely, about the simple mechanics of the storm as well as its victims. But it’s a hurricane I’ve returned to over the years, with renewed curiosity about its most wretched lessons: the unbearable weight of poverty and racism and blackness. This led me indirectly to Jesmyn Ward’s MEN WE REAPED, a beautiful and searing memoir published in 2013. Ward writes honestly, poetically, of her Mississippi and the seemingly unconnected deaths of five young men in just four years — beginning with her brother, killed by a drunken driver in 2000. They were lost to murder, accidents, drugs and suicide, but also, as Ward writes, they were collectively taken by the intractable racism of the American South and what it breeds: staggering inequity, narrow choices and trauma, seen and unseen, among the same fault lines revealed by Hurricane Katrina.