EYES TO THE WIND: A Memoir of Love and Death, Hope and Resistance, by Ady Barkan, read by Bradley Whitford. (Simon & Schuster Audio.) Three years ago, at the age of 32, Barkan was diagnosed with A.L.S. and told he had just three to four years to live. The new father has dedicated the short time he has left to fighting for social justice.

FACE TO FACE: The Art of Human Connection, by Brian Grazer, read by Steven Weber. (Simon & Schuster Audio.) The producer behind “Arrested Development” and “A Beautiful Mind” uses his own career experiences to illustrate the importance of the semi-lost art of authentic interpersonal communication.

THE BADDEST BITCH IN THE ROOM, by Sophia Chang, read by the author. (Audible Studios.) “The first Asian woman in hip-hop” — manager to the likes of the Wu-Tang Clan and A Tribe Called Quest — recounts her upbringing as the daughter of Korean immigrants in Vancouver, and her path to music stardom.

PUSS IN BOOTS: A Musical, by Neil Fishman, Harvey Edelman and Khristine Hvam, performed by a full cast. (HarperAudio.) An original musical production of the classic fairy tale features 11 new songs, with a cast led by the famed English actor Jim Dale.

HEY GRANDUDE! by Paul McCartney, read by the author. (Penguin Random House Audio.) A cool grandfather whisks his four grandchildren off on an international adventure, written and read by the voice close to parents’ hearts. 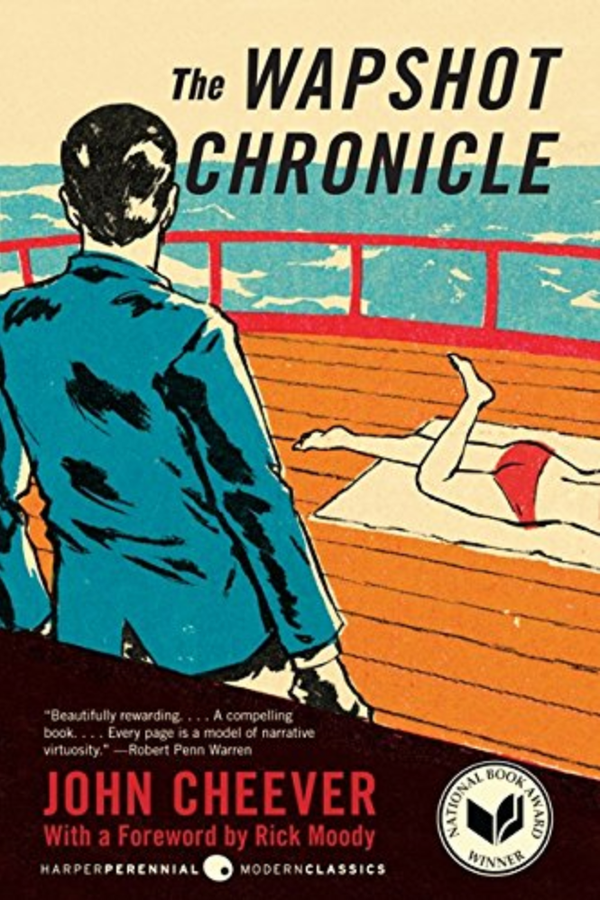 Thanks to Burt Lancaster, I’m reading John Cheever for the first time. On an unpleasantly hot day, I went to a matinee of “The Swimmer” (1968), Frank Perry’s adaptation of the Cheever story. The movie’s too awkward to be good, but its dreamy strangeness stuck in my head. So did Lancaster’s precise physical performance as the cosseted hero in crisis, Neddy Merrill, running in a tiny swimsuit from pool to pool in some wooded American Arcadia. “He might have been compared to a summer’s day, particularly the last hours of one,” is how Cheever describes Neddy near the beginning of the story. (Cheever: perfect. Lancaster: nailed it.) After reading a string of seriously mediocre contemporary novels, I’m relieved to be in the hands of a high-summer master. I’m making my scattershot way through “The Collected Stories,” but it’s too hefty to carry around, so I’ve also embarked on “The Wapshot Chronicle.” Cued up on my bedside table: “The Journals of John Cheever.”