FEMALES: A Concern, by Andrea Long Chu. (Verso, paper, $12.95.) “Everyone is female,” Chu asserts repeatedly in these short, incisive essays on the theme of gender and identity. “You do not get to consent to yourself,” she writes: “a definition of femaleness.”

YOUR HOUSE WILL PAY, by Steph Cha. (Ecco/HarperCollins, $26.99.) This elegant, suspenseful crime novel centers on two families — one black, one Korean — in the racial tinderbox of contemporary Los Angeles. 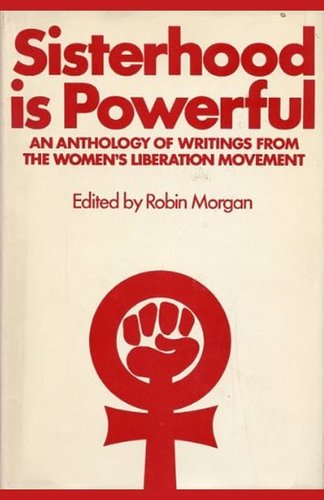 Above my desk at home I keep a 1970 anthology that lit a fire to second wave feminism: SISTERHOOD IS POWERFUL, edited by Robin Morgan, proclaims itself not merely a book but a live protest. “This book is an action,” Morgan writes; “it was conceived, written, edited, copy-edited, proofread, designed and illustrated by women.” The action broke down when Morgan realized that most people running the publishing houses were men — but no matter. The essays, from writers like Kate Millett, Eleanor Holmes Norton and Florence Kennedy — on subjects like aging, the double bind of racism and sexism, and the politics of housework — remain relevant today. Of particular delight is what Morgan dubs “verbal karate,” a list of statistics and data-driven, quippy comebacks to those who dare to ask whether women should work / bear children / make equal pay to men. The statistics are outdated but the sentiment is as timely as ever.