DISTANT FATHERS, by Marina Jarre. Translated by Ann Goldstein. (New Vessel, paper, $16.95.) This impressionistic memoir by an overlooked Italian writer — the child of a Christian mother and a Jewish father killed in the Holocaust — is seen as her masterwork.

THE GREAT DISSENTER: The Story of John Marshall Harlan, America’s Judicial Hero, by Peter S. Canellos. (Simon & Schuster, $32.50.) Harlan reached the Supreme Court in 1877 through the efforts of a half brother born into slavery. For decades, notably in “Plessy,” he was a lonely but key voice for civil rights.

THE REASON FOR THE DARKNESS OF THE NIGHT: Edgar Allan Poe and the Forging of American Science, by John Tresch. (Farrar, Straus & Giroux, $30.) As a student at West Point, Poe learned math and engineering, and even as a writer he remained fascinated with the sciences in an era that embraced hucksters.

THE NATURAL MOTHER OF THE CHILD: A Memoir of Nonbinary Parenthood, by Krys Malcolm Belc. (Counterpoint, $26.) Belc grew more certain of his gender identity partly through giving birth to his son Samson, a process he explores in this family memoir.

SONGS IN URSA MAJOR, by Emma Brodie. (Knopf, $26.95.) A novel about a young musician whose passionate affair with a folk music legend brings her fame but also heartbreak; inspired by James Taylor and Joni Mitchell. 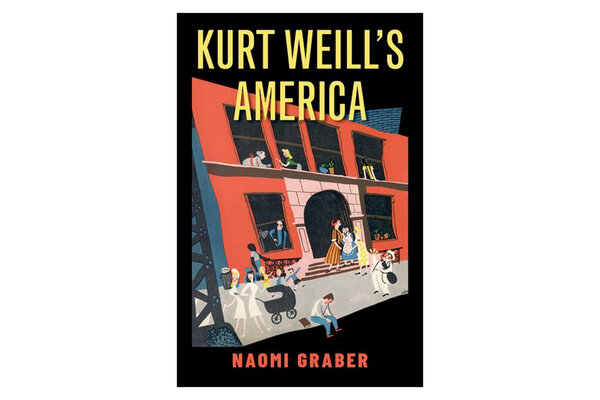 If there’s a composer I never tire of writing about, it’s Kurt Weill. His music, as a product of his bifurcated life in Germany and the United States, came to define the sounds of both Weimar-era Berlin, in “The Threepenny Opera,” and golden age Broadway, through musicals like “Lady in the Dark” — with tentacles of his influence reaching all the way to the present. As my strained shelf of 30-plus books about him can attest, his varied output is open to equally varied studies, yet few have felt as fresh as KURT WEILL’S AMERICA, by the musicologist Naomi Graber. She complicates exile artist tropes, tracing not a story of assimilation but of Weill’s long-held fascination with America: first as something of an allegory in his European collaborations with Bertolt Brecht, then as a real source of inspiration and frustration as he navigated the slippery dynamics of migration, race and politics in his new home.