ON THE WAY OUT, TURN OFF THE LIGHT: Poems, by Marge Piercy. (Knopf, $28.) Piercy’s 20th poetry collection feels like a memoiristic summing up, with reflections on her Detroit childhood and young love giving way to religion and politics, “being old at the end of the world.”

WHALE DAY: And Other Poems, by Billy Collins. (Random House, $26.) The former poet laureate applies a characteristically light touch in his latest collection, even in poems that contemplate death and mortality: his aging dog’s snout “white as a marshmallow,” his career spent “yodeling away in the dark.”

GRIMOIRE, by Cherene Sherrard. (Autumn House, paper, $16.95.) Evoking a mother’s love for a son “disabled by life’s whimsy,” these appealingly down-to-earth poems cite everything from Shakespeare’s sonnets to “Gilligan’s Island” to African-American history. 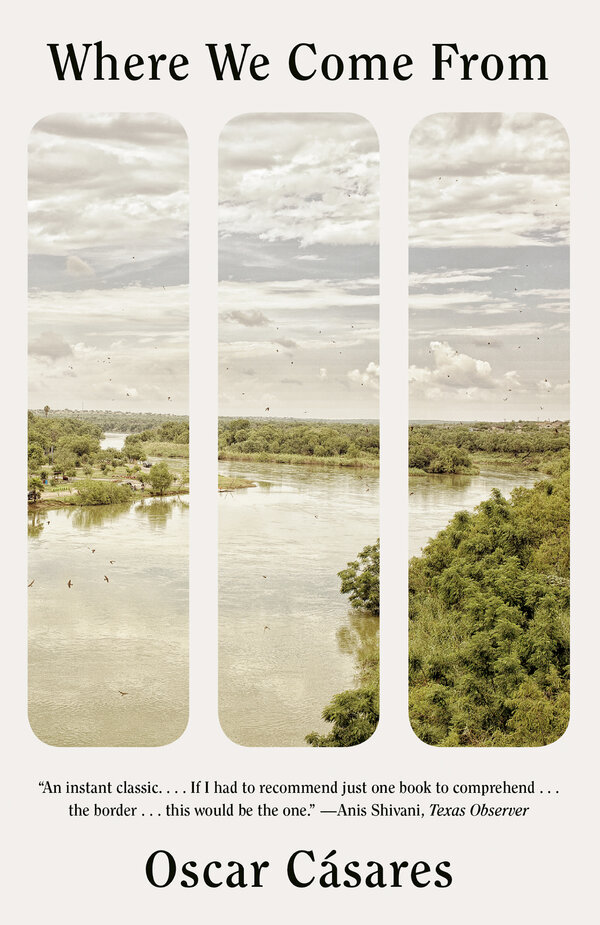 In a year of isolation, social distancing and canceled trips, I have missed my parents, 2,000 miles away in the Rio Grande Valley of Texas, more than ever. So I spend weekends making meals that smell like home — migas, my mom’s frijoles, my dad’s tortillas — and bury myself in books rooted in the region. I was transported back to South Texas in WHERE WE COME FROM, the most recent novel by Oscar Cásares. Set in Brownsville, it tells the story of a madrina caring for her godson for three weeks. She is also hiding a boy who crossed illegally from Mexico and was separated from the “load,” as groups of crossers are called by their handlers (like “vegetables or lumber”). It’s a profound tale about immigration and life on the border. It’s also a beautiful story about family and the risks we take for a more promising future, whether or not we are born in America. We all come from somewhere, Cásares writes, but it is only the beginning. For one weekend this summer, he took me back home.