DRAWING THE CURTAIN: Maurice Sendak’s Designs for Opera and Ballet, by Rachel Federman. (Prestel, with DelMonico Books and the Morgan Library & Museum, $40.) The late great children’s book author may have been most famous for “Where the Wild Things Are,” but it turns out he also harbored a passion for music and the stage, and designed sets for productions including “The Nutcracker” and Mozart’s “The Magic Flute.”

A GAME OF THRONES, by George R.R. Martin. Illustrated by Jonathan Burton. (Folio Society, $195.) A slipcased collector’s edition — in three lavishly illustrated books — of the first volume in Martin’s “A Song of Ice and Fire” series, which Folio will be publishing in full.

THE FLOWER WHISPERER, by Joel Grey. (powerHouse, $65.) The award-winning “Cabaret” actor reveals his lesser-known penchant for flora. This memoir-in-pictures recounts his discovery of his green thumb at the age of 10, and the ensuing lifelong love affair with the mysterious sexuality of flowers and plants that he continues to savor today.

SPACE DOGS: The Story of the Celebrated Canine Cosmonauts, by Martin Parr and Richard Hollingham. (Laurence King, paper, $16.99.) The celebrated British photojournalist’s 1950s images and memorabilia revivify Laika, the first dog to embark on the journey into the cosmos, and her successors, who paved the way for human astronauts during the U.S.-Soviet space race. 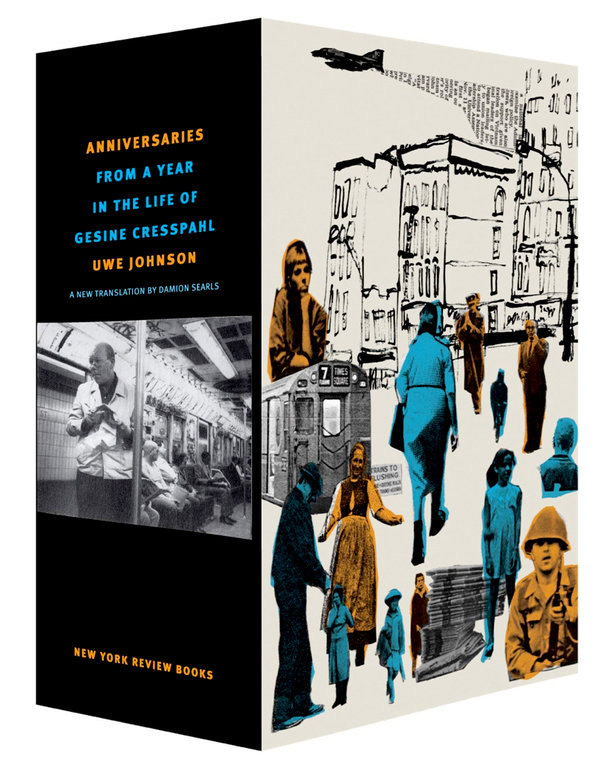 I first came across the translator Damion Searls via our shared admiration for the novelist Hans Keilson (one of “the world’s greatest writers,” in Francine Prose’s view). Now Searls has translated Uwe Johnson’s extraordinary ANNIVERSARIES: From a Year in the Life of Gesine Cresspahl, and I’m immersed. Set in New York, the novel covers a single year, from August 1967 to August 1968, in daily entries about a German émigré and her 10-year-old daughter as they navigate a city and an America torn by Vietnam. Appropriately, The Times is a lodestone; Gesine reveres it as a voice of reason and propriety sifting the world into sensible sentences. But the novel also describes her roots in a Germany taken over first by Nazis and then by Soviet occupiers, and gestures at America’s growing imperialism. It may take me most of a year to finish it, but “Anniversaries” is compelling, and wonderfully translated.