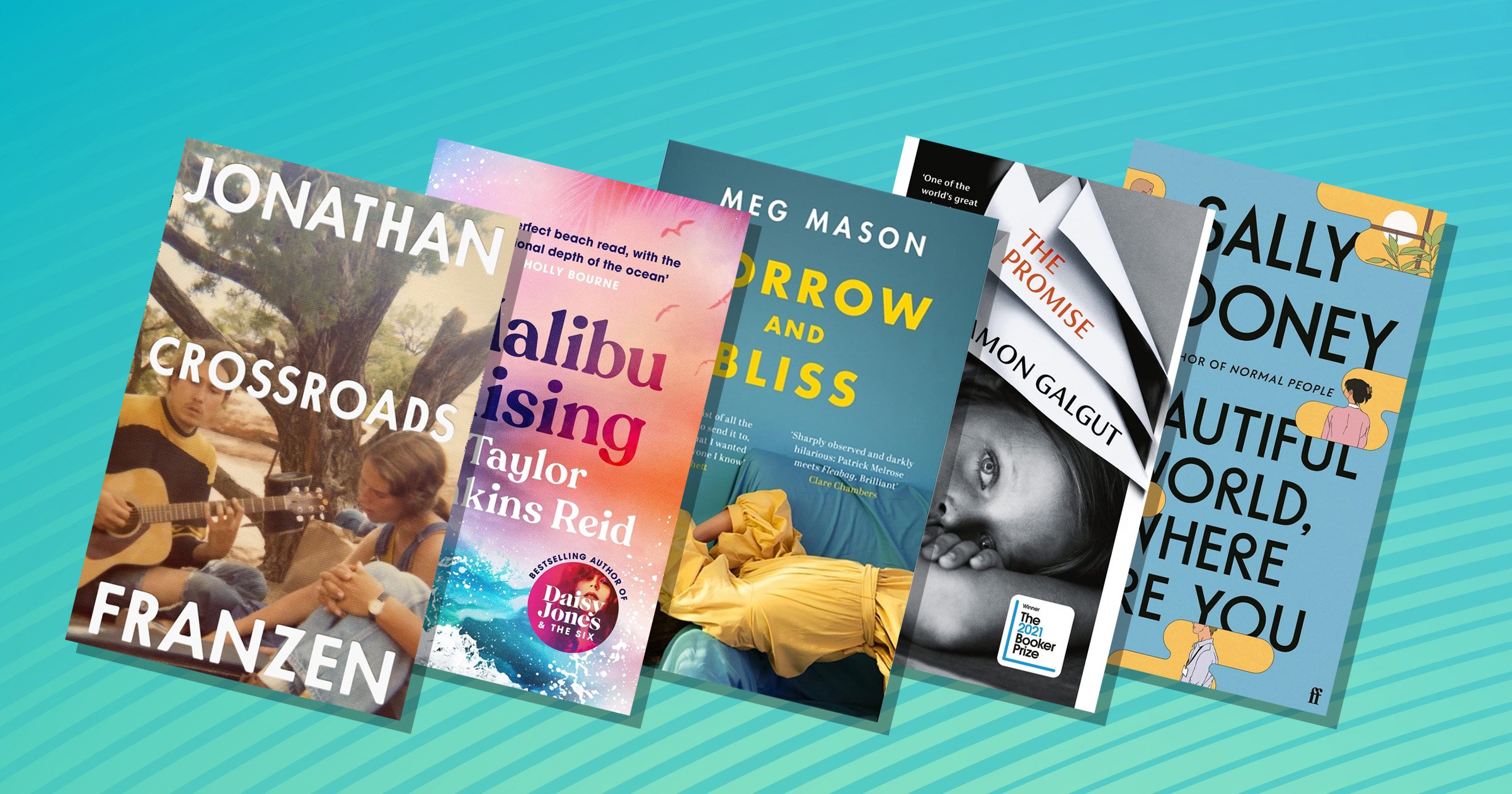 2021 has been a fantastic year in the world of books.

We’ve seen the releases of highly-acclaimed novels, stunning debuts, and bestselling returns from the likes of Sally Rooney and Jonathan Franzen.

So whether you’re buying a Christmas gift for a bookworm or want an excellent book to curl up with over the holidays, here are our picks of the very best.

Read on to discover our top nine novels of 2021:

Sorrow And Bliss by Meg Mason

The year’s biggest word-of-mouth hit was this sweet-and-sour comedy about a middle-aged food columnist whose marriage is running aground over her wish not to have children.

Behind her wisecracking facade lies undiagnosed mental illness and the painful memory of a chaotic upbringing by a heavy-drinking sculptor.

Long derided in hip literary circles as an out-of-touch snob (and worse), the author of The Corrections reminded us all just how great he actually is by bringing his A-game to this endlessly enjoyable 600-pager.

This year’s hottest summer read slips down just as easily while sheltering under a blanket on freezing winter nights.

Centred on a messed-up celebrity family in 1980s California, it follows a supermodel surfer who deals with simmering sibling rivalries and a tabloid frenzy over her split from a tennis star by throwing a debauched end-of-summer party.

The Promise by Damon Galgut

The judges of this year’s Booker prize rightly crowned this outstanding multigenerational saga, about the corrosive legacy of racism in post-apartheid South Africa.

Set over four decades, it traces the fallout from a white family’s failure to honour a vow to give their black maid a house on their farm. The morally chewy scenario is given extra zest by an acrobatic narrative voice full of trickery.

Beautiful World, Where Are You by Sally Rooney

The latest millennial love story from the superstar author of Normal People was among the year’s most hotly awaited releases.

While fans might be taken aback by the extreme self-consciousness of a book curiously hellbent on doubting its own merit, Rooney’s fresh wit and intelligence remained crystal clear in a cerebral romcom centred on a famous young Irish novelist not a little like the author herself.

A Lonely Man by Chris Power

Akin to a cross between Karl Ove Knausgård and John le Carré, this Berlin-set debut follows an expat novelist who finds inspiration from a chance encounter with a ghostwriter who claims to be on the run from the Russian state.

A spy thriller concerned with the ethics of storytelling – not to mention a sharp portrait of fatherhood and friendship – it ramps up the tension to an agonisingly poised finale.

This relentlessly wrong-footing debut from across the Atlantic more than justified its feverish pre-publication hype.

It’s narrated by a young black New Yorker whose sexual questing leads her into a bizarre ménage à trois with a middle-aged white couple struggling to raise their adopted black daughter.

Smart on race and gender, it’s filled with Brooklynite Leilani’s electric turn of phrase and is positively crackling with mischief.

Flying somewhat under the radar this year was this surprising gangland comedy about Aoife, an Irish drug-runner hawking a bumper cocaine haul around Britain in the company of her on-off lover, Annie.

While there are twists galore, the real thrill comes from the earthy tang of Aoife’s vernacular narration, which blazes from the page thanks to Cassidy’s ingenious use of rhythm and phonetics.

Klara And The Sun by Kazuo Ishiguro

Another of the year’s most keenly awaited novels was this quietly powerful story told through the eyes of a robot bought to provide companionship for a mysteriously poorly teenage girl.

It’s left to the reader to figure out the precise contours of the climate-ravaged dystopia in which the story unfolds, in a sci-fi yarn that doubles as a heart-wrenching parable of parenting perils.

This article contains affiliate links. We may earn a small commission on purchases made through one of these links but this never influences our experts’ opinions. Products are tested and reviewed independently of commercial initiatives.

Get in touch by emailing MetroLi[email protected]