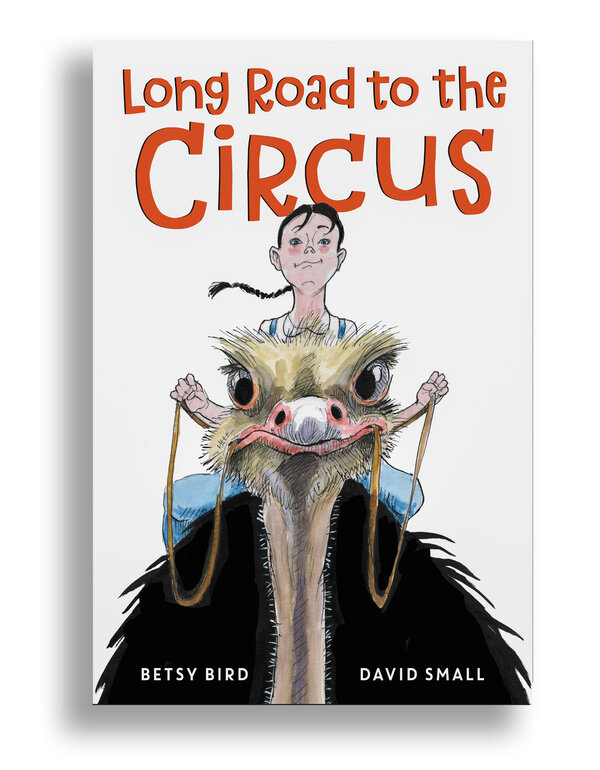 Quick: What’s the one thing you know about ostriches? Probably that they bury their heads in the sand. Actually, they don’t; they’re just checking their eggs. But I was in the same ostrich-ignorant boat until I met Gaucho, the avian sidekick in Betsy Bird’s charming, galvanizing and slightly wacky novel “Long Road to the Circus,” about a 12-year-old farm girl, Suzy Bowles, who, in the summer of 1920, sets her sights on ostrich-riding as her ticket out of sleepy Burr Oak, Mich.

Before I educate you about these “keen, kooky, modern-day dinosaurs,” let me introduce you to Gaucho’s co-star. Suzy is the second-youngest of five kids and the daughter and granddaughter of hardworking folks who do their chores, get to church and occasionally enjoy a scrumptious-looking homemade apple pie. (You haven’t seen a lattice crust until you’ve beheld one illustrated by David Small.) Suzy loves her family, but the last thing she wants to do is become a local biddy gabbing outside the library (“a woman who sees gossip more like air than food”).

One morning she follows her “lag-about,” ex-cowboy uncle to a farm owned by the regal and refined Madame Marantette, formerly of Ringling Brothers (before their merger with Barnum & Bailey, apparently). There, Suzy meets Madame’s herd of ostriches, one of whom — the ornery Gaucho — has been conscripted to pull a surrey at the country fair. His owner has designs on a world record, and Suzy wants in on the plan. If you’ve ever read a book involving a plucky girl who falls under the sway of a reclusive outsider, you won’t be surprised to learn that preparations include not only Gaucho’s training, but also the education of Suzy, who gets a crash course in poise and tenacity. Wrangling an ostrich is no easy feat, and neither is preparing for the world she glimpses in Madame’s photo albums.