Planning your own funeral? BAD IDEA! It’s for your family, not you, says an undertaker who has a refreshing new take on death

WHAT REMAINS? LIFE, DEATH AND THE HUMAN ART OF UNDERTAKING

Do you know why the bearers at funerals carry the coffin on their shoulders rather than by the handles? One of the reasons, at least in the case of veneered chipboard coffins, is the handles wouldn’t take the weight — they would simply tear out.

The fact that the coffin is so cheaply made doesn’t, of course, stop the conventional undertaker charging you a fortune for it.

This is one of many areas in which undertaker Rupert Callender differs from the usual approach. All his coffins, be they willow, bamboo or cardboard, have handles that work, and he never employs bearers. 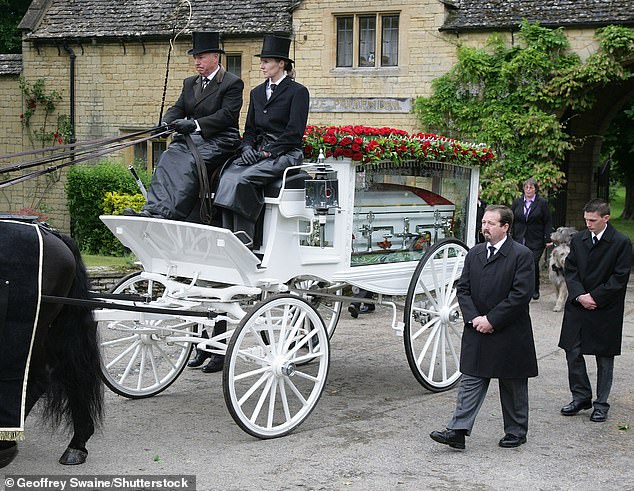 The fact that the coffin is so cheaply made doesn’t, of course, stop the conventional undertaker charging you a fortune for it. This is one of the many insights about funerals from undertaker Rupert Callender

He gets the dead person’s relatives and friends to do the job: ‘It is the last thing you can do for the person you are burying. Why would you allow this to be done by someone else? It is all part of the emotional infantilising encouraged by the funeral industry.’

Callender’s joyous, thought-provoking book is an account of how his own early encounters with bereavement led to him becoming a new kind of undertaker.

His father died when Rupert was seven. It was unexpected, but only because his mother had lied to him about the extent of the illness. So when it happened, ‘a ball of fury exploded in my heart’.

He was persuaded not to attend the funeral, something he strongly advises relatives against now.

Indeed, the middle set of handles on his coffins, which do little of the work, are there deliberately so children can take part: ‘We have even had some very small children actually hanging off the handles going “Wheeeee!” as they swing from their father’s coffin.’ 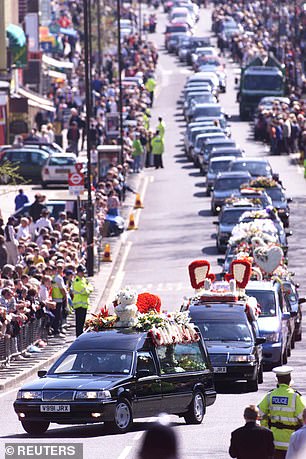 Callender doesn’t think that you should organise your own funeral. He believes that this is for your family

If that jolts you for a second, consider the story of a five-year-old girl that Callender buried. The parents wanted to give her school friends the chance to say goodbye. So they all went into the summerhouse where the body was lying (there is no law that says you have to store bodies in a morgue — with some simple ice-packs you can easily keep them at home).

The children passed ‘quickly through curiosity, sadness and then normalcy and boredom, the whole thing just another novel experience in the busy day of a child where everything is new’.

This is the message running right through the book: death happens to all of us, and if you try to hide from that fact you’re simply storing up trouble.

Callender often has to collect bodies from care homes. Many homes keep the news from fellow residents, locking them into their rooms while the collection occurs: ‘The poor sods rattle on the door handles wailing plaintively.’

But a few wonderful institutions let the others visit the body in its room, and then, when it’s wheeled out, they ‘line the corridors and the communal spaces and applaud’.

It’s an honesty that so much of the funeral industry avoids. The worst example of this, in Callender’s view, is embalming.

Traditional undertakers ‘believe an unembalmed body to be too dead for the delicate bereaved. Too close to the reality of what has actually happened.’

So they drain the blood, and vacuum out the ‘guts stuff’ from the organs, replacing it all with chemicals that have been dyed pink. Some even deliberately put in slightly more fluid than they have removed, ‘resulting in the smoothing out of your wrinkles, a post-mortem facelift’. 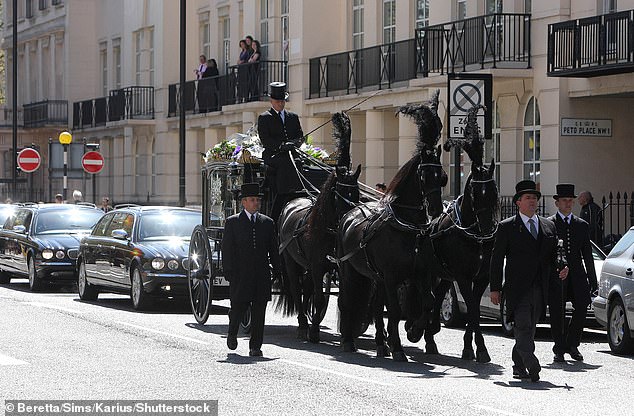 None of this comes cheap. The industry convinces people that they need to spend several thousand pounds on ‘a big public spectacle to prove their loss’. The expense can also be a way ‘to cover for feelings of guilt about the way we reacted during [the dead person’s] illness, or during their lives in general’.

It’s not that the money even buys you that much. The funeral directors who cremated my partner’s father managed to print an order of service that informed us David had died ‘aged 82 ears’.

Much better the funeral my brother attended, of a greengrocer who was transported to the meeting place (a pub) in the back of his own van. The doors were opened, everyone clinked their pint glasses against the coffin, then they walked behind the van to the graveyard.

Callender was 25 when his mother died, leaving a list of instructions for her funeral headed ‘Bossy boots still at it’.

He thinks you shouldn’t plan your own service — it’s for your relatives, not you. ‘They know a side of you that is impossible for you to know yourself, and they need to acknowledge that side and say goodbye to it.’

He dresses casually when he meets relatives, shunning the usual formal outfit which ‘screams of an authority to be deferred to’.

He spends time (as much as it takes) discussing arrangements with them, sensing ‘who needs the cup of strong tea, who needs to be given a wide berth for the moment because of their seething anger, who needs to be joked to’.

Huge care goes into planning the service, which Callender almost always conducts himself (the retired vicars who do it for traditional firms are known in the trade as ‘crem cowboys’).

‘Some of the dead are so sharp in my memory, their stories, their characteristics and likes so deeply ingrained, that I forget sometimes that I never met them alive.’

One 12-year-old boy had read a bedtime story to his mother as she lay dying. There were four pages left unfinished, so at her funeral he put a chair beside the grave and read them to her coffin. Then he ‘stood up, took off his jacket and picked up a spade. He and his father started to fill her grave.’

Sometimes the anger Callender mentions appears during the service. One of his funerals was for a woman who had died from drug abuse. ‘Suddenly one of her sisters spontaneously and uncontrollably shouted at her, cursing her lack of self-care . . . It was unplanned and electrifying, filled with savage love.’

Even if Callender’s approach to funerals isn’t for you, you should still read this book, because it contains important thoughts on something that is going to happen to everyone you love. ‘Each death we experience contains every death we have ever lived through, Russian dolls of bereavement waiting to be unpacked.’

And one day that thing is going to happen to you, too.

‘Death,’ as Callender says, ‘is not my friend, neither is it my enemy; it is my destiny.’