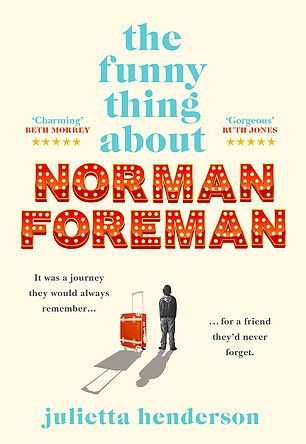 THE FUNNY THING ABOUT NORMAN FOREMAN

Penzance-based Norman is 12 and a budding comedian. His sights are set on the Edinburgh Fringe but his best friend and comedy partner, Jax, has just died.

This emotional backstory powers the action forward; Norman will do it alone, and he’ll do it for Jax. The subplot concerns his mother Sadie’s search for Norman’s father.

After a misspent youth she is now the proudest of mothers but a tad vague about the identity of her son’s papa. As the two head up country to Edinburgh, and Norman hones his act at pubs on the way, Sadie tracks down old flames with mixed results.

THE ENDS OF THE EARTH

‘Come Home Jim.’ For years now, Mary has been holding up this sign in the local Tube station. But her lost boyfriend is never among the commuters herding past.

One person who is, though, is worried local journalist Alice. When she spots the sign, she thinks this could be the story she needs to keep her job. Alice makes friends with Mary, even joining the Samaritans-style helpline for which she volunteers.

Here, she meets Kit, another volunteer with a backstory, and the two set off cross-country to investigate where Jim was last seen.

In trying to find him, might they discover each other? Not all the characters work for me, but it’s a moving tale of troubled souls who join forces to help each other.

AN ACT OF LOVE 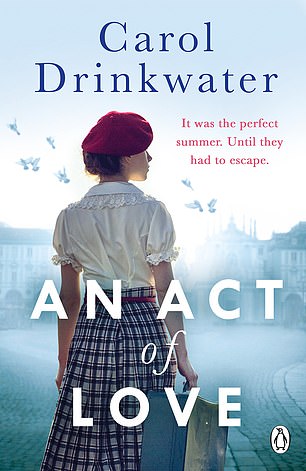 THIS is set in wartime South of France. Teenage Sara Rosenbaum and her parents are Polish refugees in Nice, but as Hitler’s troops advance they flee to a mountain village.

At first things go quite well; La Ville-Vesubie is gorgeous, the people are sympathetic and Sara falls in love with dashing Alain.

But there’s no hiding from the gathering terror. As the war goes on, betrayals become more frequent and people disappear, including Sara’s parents and those of the children she nannies for.

Once the Wehrmacht reaches the village, things become truly desperate.

An exciting, evocative and beautifully written romance that views the war from an unusual angle.