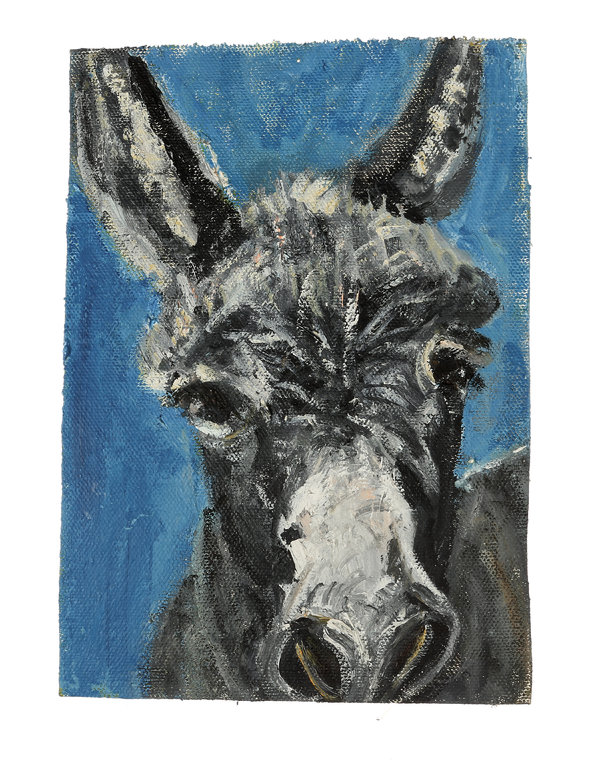 “There dwelt an old man in Monastier, of rather unsound intellect according to some, much followed by street-boys, and known to fame as Father Adam. Father Adam had a cart, and to draw the cart a diminutive she-ass, not much bigger than a dog, the color of a mouse, with a kindly eye and a determined under-jaw. There was something neat and high-bred, a quakerish elegance, about the rogue that hit my fancy on the spot.”

Huguette Martel is a painter whose work has appeared in The New Yorker and The New York Review of Books.

Highlighted is a new occasional series in which illustrators depict their favorite passages from their most beloved books.