In “No Visible Bruises,” Rachel Louise Snyder writes about the scourge of domestic violence, and the ways in which some of the myths surrounding it cloud our understanding and hamper our ability to properly address the crisis. On this week’s podcast, she says that one thing she hoped to complicate in the book was our expectation of what victims and perpetrators look like.

“Victims’ lives are often messy,” Snyder says. “They are often in a cycle of abuse; some of them have drug problems or addiction problems themselves. Perpetrators tend to have a lot of violence in their own childhoods — sexual assaults or child abuse or what have you. It doesn’t excuse their behavior, but it contextualizes it. I think part of what I was trying to do in the book was to excavate those very simplistic ideas of our own expectations around how people should behave and who does what and who’s responsible for what and all those big, kind of philosophical questions.” 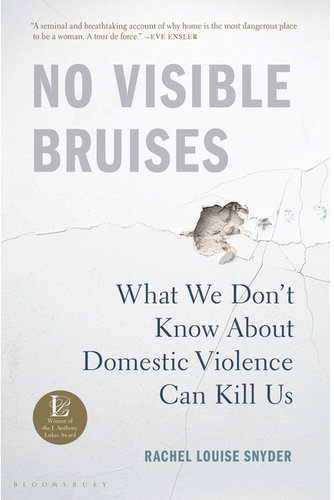 Josh Levin’s new book, “The Queen,” is about Linda Taylor, the Chicago woman whose life led to the political trope of “welfare queens.” Taylor’s life turned out to be more “fascinating” and “outrageous” than Levin could have imagined. “There’s nothing written about her after 1979,” Levin says on this week’s podcast, “and all of these tantalizing elements, they were just unresolved. So, just as a journalist, I wanted to know what the truth of her story was.”

Also on this week’s episode, Gregory Cowles, Emily Eakin and John Williams talk about what people are reading. Pamela Paul is the host.

Here are the books discussed in this week’s “What We’re Reading”: