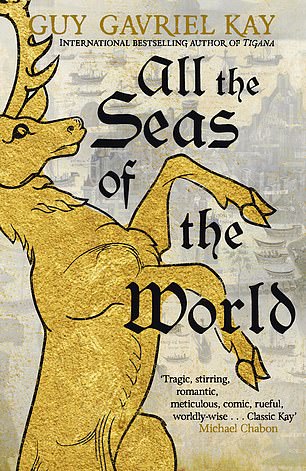 ALL THE SEAS OF THE WORLD

There’s a moment in this book that had this cynical old reviewer trying to hold back the tears — and failing. That it comes halfway through is a testament to the novel’s richness and depth.

We’re in a half-familiar Renaissance world of sword fights, silks and poisons. Nadia is an escaped slave, now a merchant and occasional murderer in search of peace. Life takes a twist when an assassination brings her and business partner Rafel undreamed-of wealth, opportunities and dangers.

The story is epic and gorgeously detailed, warm and ruthlessly chilling as it follows her progress through battles and bedrooms to an ending that is exactly what she deserves and we want.

Murky as London smog, dark as black pudding, this is a gaslit gothic tour de force. From the Wild West to the slums of Tokyo, children with special powers are being tracked down by one power that wants to eat them and another that seems to offer sanctuary.

The fantasy is so rich and the atmosphere so immersive in this stand-out debut, that it’s easy to overlook the crispness of the writing and the brilliantly propulsive plotting.

And while drughrs, litches, keywrasses and orsines make for a wonderful new language of dread, it’s the characters that carry the day. 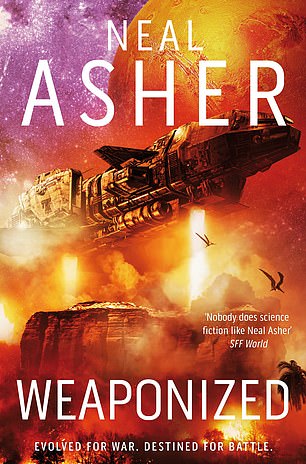 In this futuristic fantasy world, it’s not just pulse guns, rail guns and lasers you need to fight shape – shifting lizards and giant, hostile space crabs. There’s a whole lot of gouging, tearing, slicing and, yes, munching as a team of doughty colonists attempt to gain a foothold on the hostile planet of Threpsis.

Levels of slaughter aside, this super-intelligent book pushes the boundaries of chemistry, physics and biology to the absolute limit, all within the parameters of frail, spacesuited humans.

But just how much should we change to survive? Ursula Ossect Trelloos, 150 years old and reaching her prime, thinks she knows. Others are not so sure…