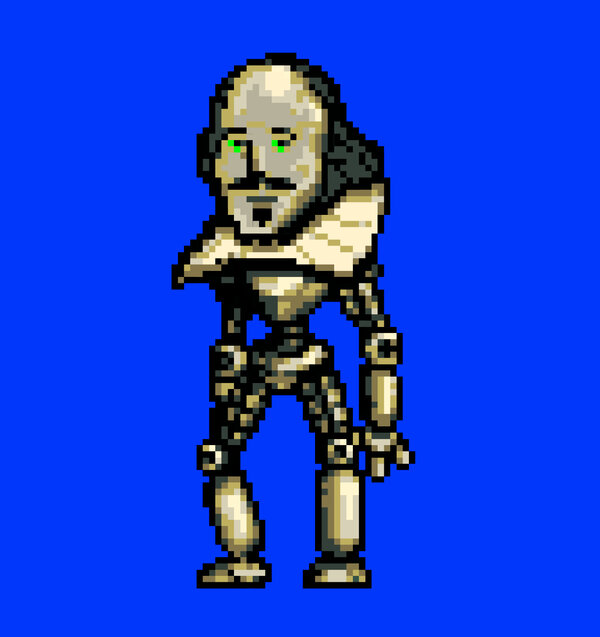 I’ve met Shakespeare’s ghost. The encounter was more drudgery than mystery, I’m afraid. Twenty years ago, my doctoral supervisor casually informed me that I would need to read every tragedy written in English up to 1623. He said this as if it were a blessing — at least I wouldn’t have to read all the comedies. The total came to somewhere around 300 plays. I read one in the morning and one in the afternoon, five days a week, for the better part of a year, and they were mostly lousy as hell. But after I read all those lousy plays, I reread all of Shakespeare, and then, when something by Shakespeare was in front of me, his ghost entered the room. By sheer familiarity, by grinding through text and context, I came to know his presence.

Recently, though, Shakespeare’s ghost has been replaced in my mind by an algorithm. Cohere, a start-up company based in Canada, gave me access to its artificial intelligence platform. One of Cohere’s founders was a co-author of a 2017 paper that introduced a machine learning program called the Transformer, which processes language in patterns derived from the position of words in relation to the position of all other words in a given text. To simplify grotesquely, the Transformer converts context into math, and its power has upended the field of natural language processing: It vastly improves translation programs and has taken text generation to an eerie level.

Cohere, a nimble version of this increasingly important technology, is easy to use, meaning that even I — a man with a Ph.D. in English — can do so. It gave me the ability to create algorithms of individual writers’ styles. I started, it goes without saying, with Shakespeare. I’ve always been curious to know what Shakespeare would have written on the subject of Donald Trump’s hair, so I put into the interface a description I found on the internet and asked my Shakespeare-tuned model (generated from his complete works) to continue it. “Behind the undone chignon, the back of Donald Trump is covered in white lank,” the machine wrote. “The wig was tailor-made. It took as long as a full night to knit.” Which is how one of Shakespeare’s young thugs, somebody like Mercutio, might have described Trump’s hair. “Undone chignon” is exactly what Trump’s hair looks like. Even Shakespeare-the-algorithm finds the mot juste.