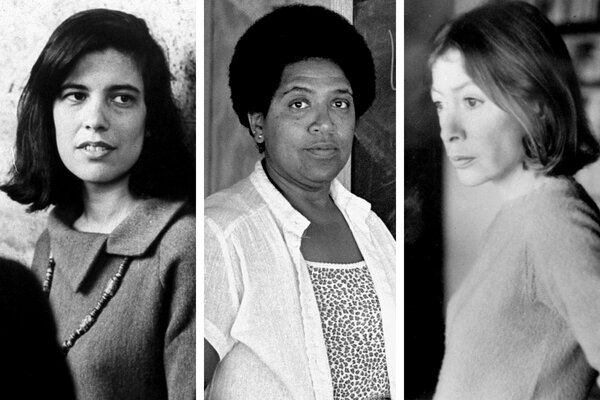 As a graduate student in the 1990s, I stayed up until dawn riveted by Sandra Gilbert and Susan Gubar’s exhilarating work of literary criticism “The Madwoman in the Attic,” so naturally I was curious to read their latest contribution, “Still Mad: American Women Writers and the Feminist Imagination.”

When it appeared in 1979, “The Madwoman in the Attic” thrilled readers by brilliantly tracing the “anxiety of authorship” through the work of 19th-century female writers like Mary Shelley, the Brontë sisters and Emily Dickinson. The two critics delved into the conflict between what Virginia Woolf called “the angel in the house” — the good, domestic, female self — and the rage and desire for freedom that accompany artistic creation. With its scholarly brio and feverish energy, the ambitious book offered a new blueprint for reading the conflicts around female identity in the great literary work of that period.

Four decades later, “Still Mad” tracks literary manifestations of feminist anger from the second half of the 20th century to now. While it provides an engaging tour of female voices, the new book feels flabbier, shallower, more diffuse. Some of its inquiries seem unrelated to feminism or anger, such as an interesting rumination on Adrienne Rich’s relation to her Judaism, and others seem overly familiar.

“Still Mad” is nonetheless entertaining and lively; it offers up many fascinating nuggets of information, and unearths intriguing biographical struggles. We learn that Andrea Dworkin’s favorite movement button read: “Don’t Suck. Bite.” We get a compelling portrait of the playwright Lorraine Hansberry, a prescient feminist thinker and rebel, who was beaten up as a child for wearing a white fur coat to school. We learn that Kate Millett’s mother’s college degree earned her a job demonstrating a potato peeler in a department store.

Gilbert and Gubar are, perhaps not surprisingly, sharpest in their assessment of the political landscape of the 1970s. Most striking to me were the battles, the grudges, the jostling for power that existed even as a transformative feminist revolution was underway. We may be tempted to think that the viciousness and aggressive moral purity of the Twittersphere are new, but the identity politics of the past seem, in this telling, as conflict-laden and cliquish as they are now. The book chronicles Gloria Steinem feeling wounded by accusations of a decade-long association with the C.I.A., pro-sex feminists having talks disrupted by anti-pornography feminists and Doris Lessing being attacked for saying she didn’t hate all men. There was canceling before it was called “canceling.” Gilbert and Gubar call it “trashing.”

The two critics are deft in their evocations of politically electric writers like Audre Lorde and Adrienne Rich, but towering figures like Joan Didion and Susan Sontag, who defy easy ideological characterization, pose a little more difficulty. Gilbert and Gubar seem not quite sure what to do with them, and consequently their analysis of the two independent thinkers seems odd and off-key. It is a little disheartening to see them downplay Didion’s enormous literary contribution and overemphasize what they view as her conservative politics. Their desire to squeeze Didion into some sort of feminist narrative feels forced: “Though she was never to be a feminist, she was never to become a conformist wife and mother either, and she was always to pursue her goals with a kind of cynical energy.”

Regarding Sontag, they almost seem more comfortable talking about her appearance and star power, comparing her to “Marilyn” and “Jackie,” than they do with her complex and nuanced relationship to the women’s movement and her sexuality. With absolutely no evidence or elaboration they offer up this startlingly condescending aperçu: “Perhaps Sontag’s evasiveness about feminism and lesbianism, her intellectual arrogance, her grandiosity both on and off the page, arose from wounds that she could never acknowledge.”

Their extensive examination of Sylvia Plath seems not to go much farther than the worn political trope that she committed suicide in response to patriarchal oppression. In an ideological reductionism that would have enraged its author, “The Bell Jar” becomes “a critique of traditional American femininity, whose contradictions drive its depressed protagonist/narrator to madness — and a suicide attempt.”

While it is, of course, Gilbert and Gubar’s prerogative to choose their own literary feminist pantheon, some of their exclusions are a bit hard to fathom: How, for instance, can one cite the revolutionary inquiries into female desire of figures like Erica Jong without ever mentioning Mary McCarthy’s trailblazing writing on women and sex and one-night stands and birth control? The book covers a vast amount of territory, and the authors rarely get into the intense, rigorous textual analysis that gave “The Madwoman in the Attic” its charisma and enduring power. One craves more attention to some of the writers they skim over quickly, like Chris Kraus and Eileen Myles.

I find myself wondering why “Still Mad” lacks the fire and focus of its famous predecessor. Is it possible that feminist readings have lost some of their urgency in our slightly more equal world? Do writers like Alison Bechdel or Claudia Rankine or Maggie Nelson or Anne Carson call out to be read as feminists, rather than the radiant, idiosyncratic talents they are? If we milk their writing for political interpretation, do their imaginative worlds end up reduced, flattened to a more pedestrian message? Are we really gaining much insight with observations like, “Alison struggles to come to terms with the traditional wife and mother who serves the needs of autocratic men”?

In a critique of early feminist criticism, Didion wrote, “That fiction has certain irreducible ambiguities seemed never to occur to these women, nor should it have, for fiction is in most ways hostile to ideology.” The same is true of more ambitious and literary nonfiction and poetry. In the attempt to corral these vast nuanced projects into political readings, their aspirations are often collapsed, simplified.

Of course, the critical landscape has also altered enormously since the early stirrings of feminist literary criticism. What was once radical is now familiar, overwrought, predictable. In some sense, the obviousness of “Still Mad”’s feminist readings is, perversely, a testament to its authors’ achievement. They, along with other pioneering literary critics like Kate Millett and Julia Kristeva, transformed the field of popular literary interpretation. Their own innovation and boldness have made their subsequent work less necessary, less exciting.

Because many of the contemporary writers they explore are consciously and explicitly grappling with feminist themes, we may not need critics to exhume them in the way Gilbert and Gubar did so creatively with novelists like Charlotte Brontë and Jane Austen. In “The Madwoman in the Attic,” the critics juxtaposed a quote from Simone de Beauvoir with something Emma said in Austen’s classic to fruitfully illuminate the struggle of Austen’s characters to accept their feminine roles. But the political messages and motivations are hardly buried in the work of writers like Margaret Atwood, Adrienne Rich and Maggie Nelson, and so the labor of uncovering them requires less imaginative and intellectual bravura.

Though “Still Mad” may not feel as profound, intellectually sinewy or fiercely focused as “The Madwoman in the Attic,” it remains an excellent resource for anyone seeking a spirited guide through the past few decades of feminist history. One can feel the sensibilities of these two pioneering scholars — humane, fair, impassioned, well intentioned — hovering over the page.