Shipping delays, printer backups and worker shortages are forcing publishers to postpone new titles and leaving booksellers in a lurch for some old ones. 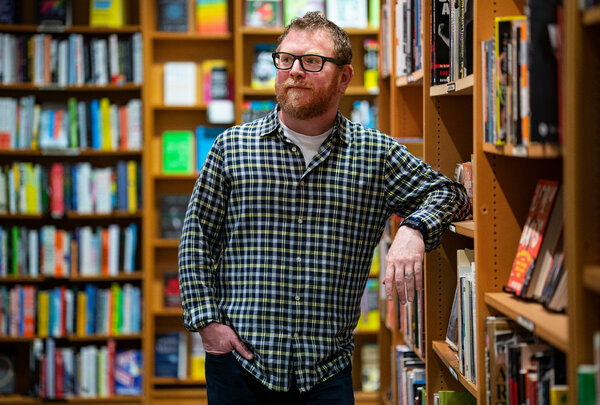 By Elizabeth A. Harris

Days after the release of Rebecca Donner’s book, “All the Frequent Troubles of Our Days,” its hardcover edition sold out on Amazon, then at the online retailer Bookshop.org and at Powell’s Books. When it made its debut on the New York Times best-seller list, the country’s largest book retailer didn’t have any copies.

“I spent the better part of a decade researching and writing this book,” Ms. Donner said. “So of course, it’s frustrating. Of course it’s disappointing. And it’s entirely out of my control.”

The churning disruption in the global supply chain, which has touched everything from minivans to dishwashers to sweaters, has now reached the world of books, just as the holiday season — a crucial time for publishers, and a period that can make or break the entire year for an independent bookstore — approaches. Publishers are postponing some release dates because books aren’t where they need to be. Older books are also being affected as suppliers struggle to replenish them.

To get a book printed and into customers’ hands, there are essentially two different supply chains. On both paths, at virtually every step, there is a problem.

Books that require a lot of color, like picture books, are often printed in Asia. But transporting cargo to the United States has become excruciating, with every imaginable product jostling for position.

First, there aren’t enough shipping containers. Publishing professionals say that a container, which can hold roughly 35,000 books, used to cost them about $2,500 but can now be as much as $25,000.

Once books get into a container, the ship carrying it is likely to wait in line to dock at a backed-up port. Last month, a record 73 ships were bobbing around in the water near the Port of Los Angeles and the Port of Long Beach. The trouble began in 2020, when a drop in demand meant that containers weren’t where they needed to be to move goods around the world when demand snapped back. After a series of other setbacks, many containers are now stuck in transit, like those aboard ships waiting to dock.

Worker shortages are also slowing down operations at warehouses and distribution centers. Companies are raising wages to attract more staff, but they’re competing with other businesses and employers doing the same thing. Covid has exacerbated staffing issues, as some workers get sick and others are told to quarantine. At some book distribution centers, one executive said, the vaccination rate is as low as about 30 percent.

When publishers print books in the United States, those work force and transportation issues still apply, but they face other complications as well. After years of printing plants shutting down and going out of business, the demand to print books domestically now exceeds the available capacity. The plants that remain sometimes don’t have enough people to run them, so badly needed machinery can sit idle.

All of these problems compound one another. “Trucks are more expensive, containers are more expensive, labor is more expensive,” said Jon Yaged, the president of Macmillan’s U.S. trade books division. “And all the extra touches. It used to be that you would place a purchase order, and it would just arrive two weeks later. Now, it’s 10 touches and 15 emails. It’s a lot more work.”

This mess has led to a cascade of publication date changes, sometimes postponing a book a few weeks, other times for months, missing the holiday shopping season altogether. “Move” by Parag Khanna was previously slated for release on Tuesday but is now due out next week. Princeton University Press pushed the “The End of Ambition” by Mark Atwood Lawrence, from October to November. “Smahtguy,” a graphic novel about former Representative Barney Frank, was delayed by Metropolitan Books, a Macmillan imprint, from the fall until the spring. Publishers consider such shifts a last resort, because a date change can lead to events or news coverage being scrapped, retail promotions canceled and fewer orders placed. Publishers have prioritized the schedules of the coming books that they expect to be their biggest sellers.

There isn’t much anyone in the book business can do to fix any of this. Retailers, authors and distributors are pleading with readers and customers to shop or order early. Publishers are planning farther out in advance and sometimes even putting shipments of books on planes. One publisher said it currently costs roughly 35 to 50 cents per book to send titles across the water, and $5 to $8 by air. No one knows when things will go back to normal, but it won’t be until long after this holiday season.

Perhaps the biggest issue going into the holidays will be reprints, which are necessary when the initial order of a book runs low and needs to be replenished. Normally, this kind of order takes about three weeks. Now, it can take three months.

This is where “All the Frequent Troubles of Our Days” got into trouble. The book, which chronicles an American woman who helped lead the German resistance against the Nazis, didn’t run out everywhere, but it took weeks to get new stock into warehouses, then additional time to get it to retailers. (Barnes & Noble, along with many independent stores, had copies all along — its nonfiction buyer loved the book, according to Shannon DeVito, director of books at Barnes & Noble, so the chain ordered a lot of it.) It took Amazon more than seven weeks to get copies back in stock.

Indeed, one factor compounding these problems is good news for the industry: Demand for printed books is strong. Publishers’ trade-book revenue, which includes most fiction, nonfiction and general-interest titles, was up nearly 10 percent last year compared with 2019, according to the Association of American Publishers, and was up 17 percent for the first six months of 2021, compared with the same period in 2020.

“No one is getting any sleep, and people have been at this for 18 months,” said Sue Malone-Barber, director of publishing operations for Penguin Random House. “It’s brutal. But the industry is managing to supply a big surge in demand.”

This balancing act extends to bookstores. Robert Sindelar, the managing partner at Third Place Books, which has stores in and around Seattle, said there are probably 100 older titles he hasn’t had in stock for over a month, books that his suppliers would normally never run out of. That includes some staff favorites like Ottessa Moshfegh’s story collection “Homesick for Another World” and the novel “After Dark” by Haruki Murakami.

“It feels like it will add up at some point,” he said. “This is probably the beginning of the snowball going down the hill, and it’s a question of how big it’s going to be by the time it hits the bottom.”

As a retailer, however, there are advantages these days to being a brick-and-mortar store rather than an online retailer — and advantages to being in the book business.

“If you walk into a supermarket needing bleach and there’s no bleach, that’s tough luck, you really can’t go and buy milk as a substitute,” said James Daunt, the chief executive of Barnes & Noble. “Whereas in bookstores, we’ve got plenty of books to read. If you can’t get the Sally Rooney, we’ll sell you the Richard Powers or Anthony Doerr or anything else.”

That said, he added, when they sell out of the runaway hit or the blockbuster that did even better than they expected, “I’ll be tearing my hair out and wailing along with everybody else. But it will be a book.”