The Outsider is the latest in a huge list of Stephen King adaptations hitting the big and small screens. The story follows Detective Ralph Anderson, who is investigating the murder of a young boy in a fictional town in Oklahoma. But how does the HBO show compare to King’s book – and is it faithful to the source material?

WARNING: This article contains spoilers from The Outsider

Following the success of recent feature films such as IT, IT Chapter Two, Pet Cemetary and Doctor Sleep, it was only a matter of time before another Stephen King adaptation came to our small screen.

This time, it is The Outsider, which stars Cynthia Erivo, Ben Mendelsohn and Jason Bateman.

In terms of how close the series is to the book, it starts by keeping very close with most details.

There are some tiny differences, such as different dog breeds and different names used for certain characters.

READ MORE: Joker Oscars 2020: THIS is why Joaquin Phoenix’s Joker will win Best Picture at Oscars 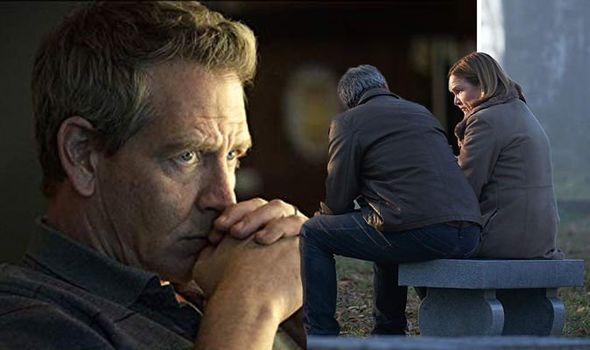 However, in the novel Anderson (played by Ben Mendelsohn) has a son called Derek, who is away from the story due to being at summer camp.

In contrast, in the show, Derek has died of cancer, meaning while his absence is not conspicuous, the story behind it can add more gravitas to some of Anderson’s decision-making.

Anderson also arranges for Maitland (Jason Bateman) to be very publicly arrested in the TV show, while in the book, he arrests him quietly at home, meaning the repercussions are far more intense, as shown by his death.

These are minor changes, and as the series continues there may be some more important changes made to up the ante as the drama unfolds. 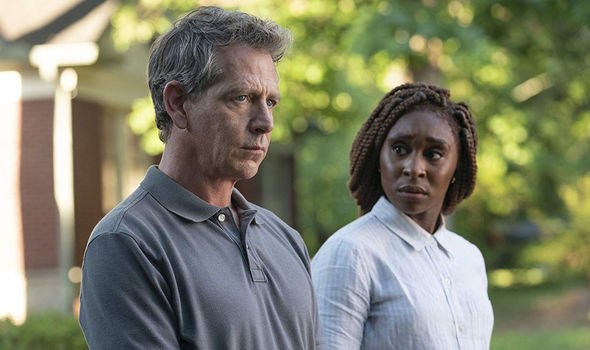 What is the story of The Outsider?

The Outsider stars Ben Mendelsohn as Detective Anderson, who at first thinks his job will be an easy one when he finds there is a huge amount of forensic and eyewitness evidence to suggest beloved local teacher Terry Maitland (played by Jason Bateman) is behind the murder of young Frankie Peterson (Duncan E. Clark).

However, this theory is quickly unravelled when Maitland comes up with a solid alibi for his crime.

The series is loyal to the novel’s grim tone, and the first two episodes are pretty similar to how the beginning of the book reads as the mystery is slowly revealed.

READ MORE: Uncut Gems streaming: Can I watch the FULL movie online? Is it legal? 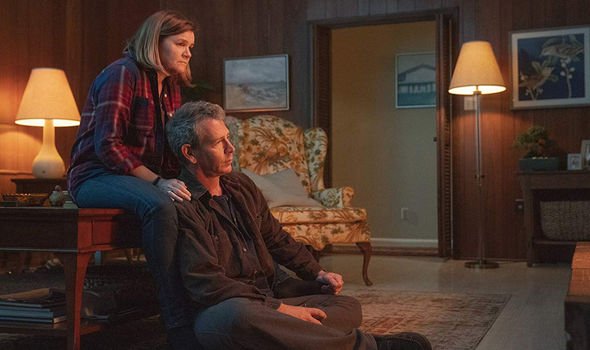 Anderson is really struggling as fingerprints, blood types and eye witness evidence plays Maitland at the crime, while video evidence and a huge number of colleagues vouch for his presence at a teaching conference in a completely different town (which is also backed up by fingerprints.)

The horrific crime is hard on the Peterson family, and Frankie’s mother dies suddenly of a fatal heart attack.

With his family torn apart, Frankie’s younger brother Ollie (Joshua Whichard) shoots Maitland to death outside of court, despite the local district attorney withdrawing the charges against him.

Anderson is guilty over this death, and suddenly starts to doubt whether Maitland really is the murderer. 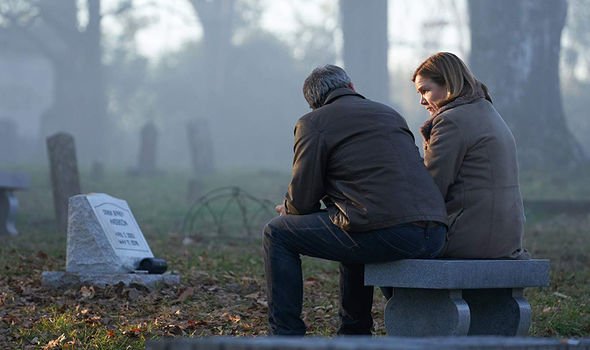 When is The Outsider on TV?

The 10-episode series has only had two premiere at present, meaning there is plenty of time to catch up.

The series is airing on HBO, meaning it could be tricky for fans to find it unless they look.

However, it is also being aired on Sky Atlantic, as is part of their deal with HBO.

For those who are not a Sky customer, they can watch it on NowTV instead.