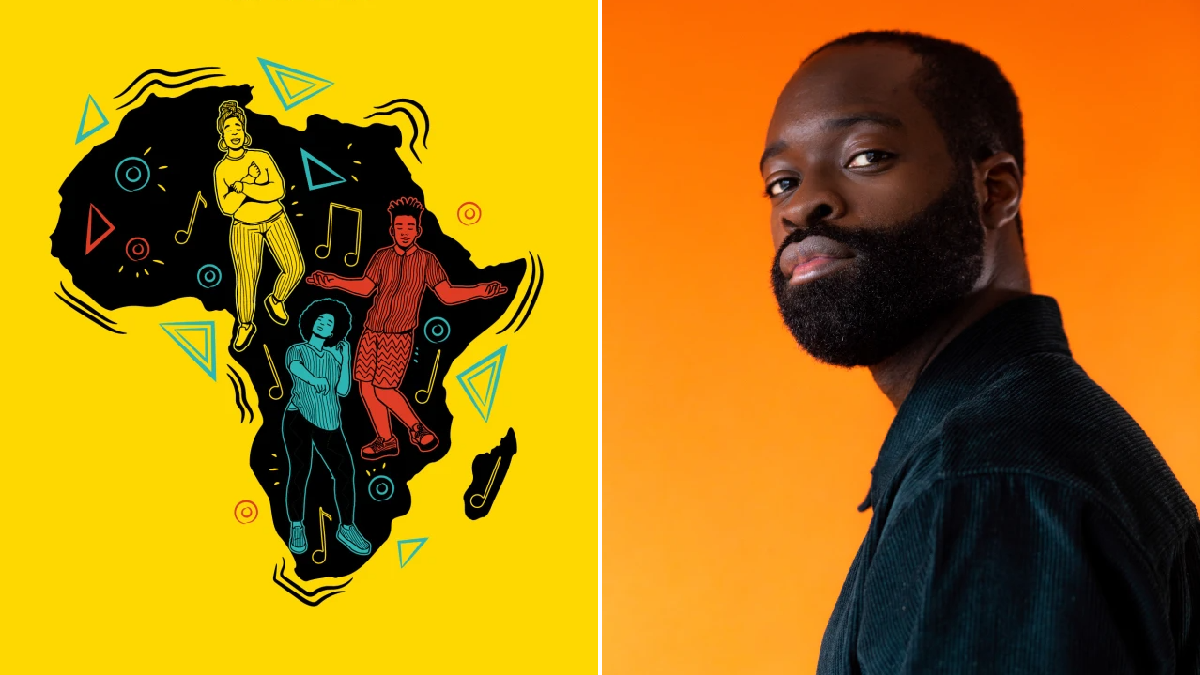 Unless you have been living under a rock for the last few years, you won’t have been able to miss the meteoric rise of Afrobeats.

A music genre that fuses West African styles with Black American influences to produce a hybrid of culture and sound, Afrobeats is a fast growing genre, one that has carved out a distinct and powerful Black identity rooted in the African continent.

Author Christian Adofo has now written the first book about the genre, chronicling the cultural development of Afrobeats, tracing its rich history from Africa to the musical centre of the Western world.

‘My love of African music has developed from the Ghanaian hall-party culture around London in the early 90s and at home in North-East London,’ Christian tells Metro.co.uk.

‘These were environments in which my parents and their peers were always playing classic Highlife, Gospel and Hiplife. There are a generation of us who share that dual heritage in the UK from that base.

‘As I’ve grown up, I started to realise the messages behind the music. Whether it was based around Ghanaian proverbs and passing down life advice, or struggles of living in another country but your family back home think the streets are paved with gold here.

‘The instrumentation of the music always provides a inviting call to the dancefloor but when you’re at a festival and everyone is singing along in tandem that’s the spiritual element at it’s core which is indescribable as a feeling. It’s joy.’

A Quick Ting On: Afrobeats takes a unique look at the music of the African diaspora and their children, delving into how Afrobeats and its sub-genres have provided new articulations of Black identity and pride.

Remembering the Afrobeats pioneers and memorable cultural moments (from Beyoncé to Wizkid), Chrisian also investigates the impact of African migration, travel and modernisation on the genre.

‘This book is important to me twofold,’ says Christian.

‘From one aspect, to allow myself and my peers to have a reference in which they can chronicle the history of music, but also to follow political events which impacted the development of West African culture (to be precise) on the continent and how it’s manifested in migrant communities creatively in the wider African diaspora.

‘The other perspective is that with the velocity in which we consume information on different social platforms across the internet, there is sometimes a difficulty to locate timelines and have a reflection on how things have developed.

‘I want the book to unify narratives from past to present and be the complete antithesis to the pressure of being the “first” as a Black author.’

For Christian, Afrobeats is a ‘coming of age soundtrack’, which he says resonates with the dual heritage experience being born in the UK but having ancestral roots Ghana.

With the global explosion of Afrobeats over the last few years, Christian says the rise in popularity and awareness is only a good thing.

‘It’s overwhelmingly positive,’ says Christian. ‘And what’s more exciting is when artists from the diaspora collaborate with those on the continent grounding their identity not only through lyrics in English but unapologetically code switching to their mother tongues reaffirming they are part of a global majority. There is power in the prose.’

That power, Christian says, is already translating to Grammy award wins, sold out arena tours across the globe, and headlining at renowned music festivals across Europe and the US. He says it won’t stop there.

‘The one thing I want people to take away when reading this book is to learn about the context of music,’ says Christian, ‘and to reflect on the personal journeys across Africa and the wider diaspora from past to present weaved in throughout.’

A Quick Ting On is a non-fiction series dedicated to celebrating and chronicling Black British Culture and history featuring some of the UK’s Black British trailblazers.

Each title in the series is written by a leading young Black British voice, and the series was launched by award-winning publisher Magdalene Abraha FRSA.