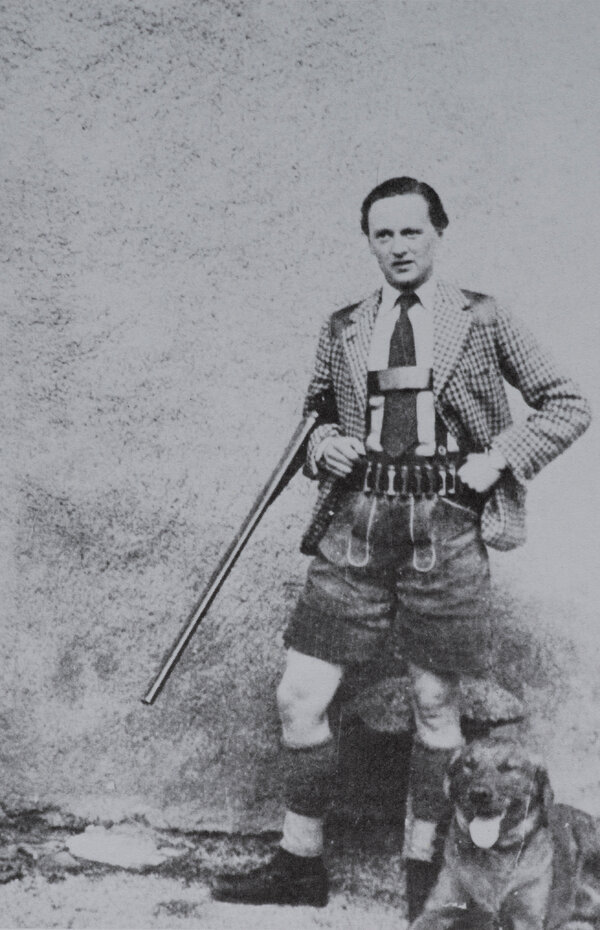 As the ongoing war against abortion rights tells us, people who are not in power have no guaranteed stability of status. When autonomy is granted and easily taken away, whole groups of citizens may experience unpredictable swings in their legal rights, social customs and ability to be heard. Zoë Playdon’s erudite, passionate, occasionally frustrating, yet ultimately persuasive new book, “The Hidden Case of Ewan Forbes: And the Unwritten History of the Trans Experience,” encapsulates this reality by telling three stories at once.

At the center is a biography of Ewan Forbes, a Scot of wealth and lineage born in 1912, assigned female at birth and raised, at least initially, as a girl, and of his struggle to be seen by the state as the man he knew himself to be. This account is contextualized by a rich and riveting social history of trans people’s rocky road to cultural acceptance in the West, from the early 20th century up to the current day. Within this frame, Playdon, an emeritus professor of medical humanities at the University of London, situates the specific story of the wavering right of trans people in Britain to correct their birth certificates. In this way she intertwines individual, social and legal history in a manner that is mostly illuminating. And she shows how fluctuations in the rights of trans people evolved in tandem and in conflict with those of gay men, women and lesbians.

Playdon argues that trans people benefited from the publication in 1886 of “Psychopathia Sexualis,” an influential medical book by the German psychiatrist Richard von Krafft-Ebing. The book was primarily intended, she maintains, for use by the courts, in order to help juries distinguish between people who engaged in criminal sexual behavior (gay men) and those who were merely biologically different (trans). Krafft-Ebing presented trans identity as a form of “physical intersex,” and argued that it should be accepted. Today we increasingly understand that sexuality, biology and gender can represent three separate experiences. But in the Victorian era, these three categories were collapsed into one. While gay men and lesbians were regarded as lawbreakers and subjected to awful medical punishments, trans people were seen as simply moving from one binary pole to another — from man to woman or vice versa.

In 1910, Magnus Hirschfeld, a gay German Jewish sexologist, published “The Transvestites,” in which he differentiated cross-dressing, trans and homosexuality while defending all three. He opened his Institute of Sexual Science in central Berlin in 1919, when Ewan Forbes was 6 and playing in the Scottish heather, already asserting his maleness. Hirschfeld worked closely with endocrinologists developing early hormone therapies. In 1931 his institute carried out the first documented gender confirmation surgery, a vaginoplasty for a trans woman named Dorchen Richter. The next year, 19-year-old Forbes moved to Munich for psychotherapy and hormone injections. He reported growing facial hair and developing acne, often associated with testosterone shots.

While trans women were far more numerous and visible in the climactic years of gay liberation between the 1960s and 1990s, Playdon shows us that in the 1930s trans men were overwhelmingly featured in popular news stories about “sex changes.” “Being trans was a mystery,” she writes, and “trans women, who were considered far rarer than trans men, were especially mysterious.”