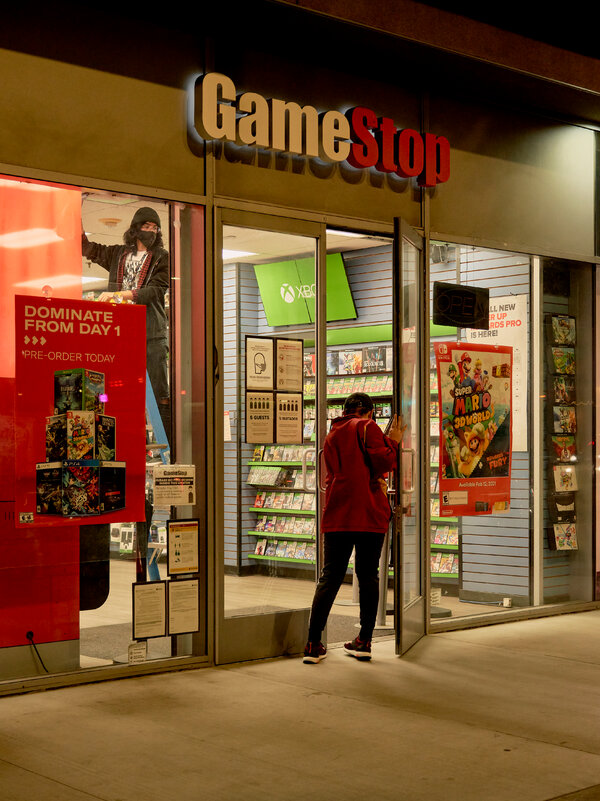 These days every knotty news item humbles me. It can illuminate the breadth and depth of my ignorance — of some macroeconomic phenomenon, of some collective delusion among a large group of people, of some baffling technological endeavor. People were really doing that, over there, and then this happened? My response to such news is to shrink the footprint of my own opinions, sort out the credible from noncredible analysts bleating in my ear, and clam up. Haunted by the gaps in my knowledge, unsure how everyone else feels emboldened to say so much about everything, I retreat to simpler comforts.

When the writer Ben Mezrich encounters such a story, however, he sees it as an invitation to consult all that has been publicly said, conduct some interviews, get a decent enough sense of what’s going on, fill in the remaining blanks with his imagination, and — in mere months — assemble a whole book about it, a simple comfort in its own right. Crucially, before all that: He sells the book idea to people who make movies. I leave it to the reader to determine which of these two responses to a challenging news item is more remunerative. I’d swap if I could.

Mezrich mans the conveyor belt at the factory that turns raw reality into its eventual slick cinematic depiction. He works fast. One does not have the sense that those gaps in knowledge ever haunt him as he goes. The events chronicled in his latest book, “The Antisocial Network” — the GameStop short squeeze — occurred in late January of this year; a week later, he had sold the rights for a book proposal to MGM. Of his prodigious output Mezrich has said that he hit “a number of doubles,” but “two home runs”: “Bringing Down the House,” also made into a movie, and “The Accidental Billionaires,” the Facebook origin story that became “The Social Network.” Mezrich says that as he wrote the latter he’d hand off each chapter, oven-warm, to the screenwriter Aaron Sorkin. (Sorkin has said that he did not see any of the book until the screenplay was nearly done.)

Like those earlier books, “The Antisocial Network” is an admiring portrait of some nerds’ rapid and unforeseen enrichment. It chronicles the short-lived panic from all angles. Amateur traders, many of whom used the online brokerage Robinhood, rallied together on the Reddit message board “WallStreetBets” to drive up the value of a dusty video game retailer’s stock, vowing to hold onto their GME with “diamond hands,” no matter what. On the other side, traditional Wall Street funds that had made enormous bets against the floundering company scrambled to buy up now-expensive shares of it to cut their losses, shooting the price even higher. One day, Robinhood restricted its users’ ability to buy more of the GME stock, effectively ending the tulip times. Outrage ensued, as did accusations of collusion between the pro-little-guy brokerage and the suits losing money. There were congressional hearings. In Mezrich’s neat retelling, this was war waged between society’s designated winners and “those retail losers on their couches with their Covid checks,” who were “tossing off angry memes.”

The book attributes that sentiment noncommittally to some Wall Streeters, somewhere out there. The Mezrich house style is light on formal quotation: He employs omniscient third-person narratives, rotating chapter by chapter through a stable of characters. These include the clear Goliath figure in the GME story — Gabe Plotkin, the head of Melvin Capital, a hedge fund that lost billions in the squeeze — and the clear David, Keith Gill, the man who successfully evangelized like-minded Reddit users to buy the stock, and whose holdings at one point surpassed $50 million. Plotkin and Gill are pretty much the only two characters in this book who verifiably walk the earth. The other major voices — an anime-loving Duke senior who grew up on a boat, an Obama-then-Trump-voting nurse at a psychiatric hospital the author made up, a pregnant woman whose wedding and lifestyle upgrade were waylaid by the pandemic — appear to be either anonymized or composite characters, stand-ins for the WallStreetBets rabble, motivated alternately by vengeance, fun, desperation, boredom. All these characters can be ventriloquized whenever Mezrich needs to explain a concept in finance; they experience convenient revelations whenever the plot needs advancing.

As such, Mezrich writes as if with total knowledge of all the thoughts, back stories and conversations of his characters — including the ones who actually exist. Could it be that the historically private Plotkin, after perhaps the deepest humiliation of his professional life, rang up the author who once wrote that Mark Zuckerberg ate koala meat on a yacht, and proceeded to recount his life story, right down to a specific car ride he once took to a Red Sox game with his dad? It’s hard to tell what we are supposed to make of any of the facts we “learn” about him or any other figure in the saga, whether we can take them at face value or are better off soaking up the general ambience. One chapter is written from the perspective of, and could be confused with a love letter to, Elon Musk. In it, the billionaire uses a flamethrower to hunt down a rogue A.I. drilling machine and sips a glowing smoothie made with gourds from Mars. While it might have been intended as a zany interlude, it camouflages a little too neatly with the rest of the nakedly made-up stuff in this book.

Where a Michael Lewis post-mortem might reflect months of close access and a love of granularity, and a Matt Levine newsletter might be sly and attuned to every absurdity, Mezrich’s piece of financial journalism aims at something different: It could not possibly be made any easier to read. These are 289 frictionless pages, rife with cinematic establishing shots and verbal summaries of memes. Sometimes, in fact, Mezrich’s estimation of his readers hurts my feelings, as when he assumes that dinner guests might fall asleep during a brief exposition on “clearing” — the process by which brokerages settle their trades, which winds up being crucial for understanding how the short squeeze ends. You get the sense that Mezrich has alarms going off anytime he wades too far into fact. I want to reach out and assure him that I can handle 10 sentences in a row without the word “goddamn,” that the facts are OK, and indeed enliven this book whenever they do shyly appear. The book’s most artfully written paragraph may well be the one in which Mezrich, a former gamer and present parent of gamers, describes what it feels like to walk through an average GameStop store: full of “items strewn about with no sense of order, used video games piled up next to plush toys,” and staffed by clerks who “often seemed as needy, lonely and conversation-starved as the franchise’s stereotypical customer.” It’s the one area where the reader can rest completely confident that careful firsthand research was conducted over the years.

Perhaps the reader should heed Ken Griffin, the chief executive of the Chicago hedge fund Citadel, the voice channeled most amusingly and venomously in this book. As the ur-financier fields questions from lawmakers hopelessly out of their depth, Mezrich steps into his mind-set: If you really understood the financial machine, “if you truly did understand it, you were probably doing it, not trying to come up with coherent questions to ask people like Ken.” For the rest of us, there’s Mezrich’s “just vibes” theory of nonfiction: Some people get mad and some people get happy, some lose money and some make it. Don’t sweat the details. You’re gonna love the movie.