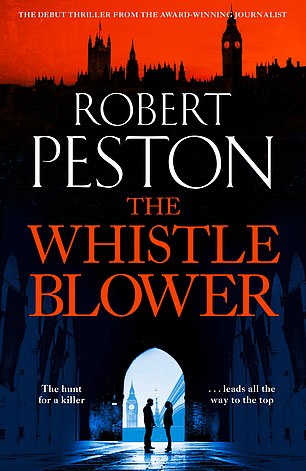 This cracking debut from ITV’s floppy-haired political editor is set in the weeks running up to the May 1997 General election, which saw Tony Blair win a landslide victory for Labour. All the characters are, of course, fictional, but it is not difficult to make out who they represent.

There is the ambitious shadow leader and his mistrustful shadow chancellor, and a Conservative prime minister who is tired out after 18 years in government. Set against this background is the story of high-flying Treasury civil servant Clare, who is killed in a bicycle accident, and whose estranged brother Gil is a well-known political editor.

He starts to investigate what happened and uncovers a web of deceit that runs to the very heart of British politics and involves a hugely threatening South African media tycoon.

This is House Of Cards country, with double-dealing seen as a way of life. Peston’s scepticism shines through, but his dark view of the Westminster jungle is hugely refreshing.

This is the second appearance of Cumming’s many faceted spy, Lachlan ‘Lockie’ Kite, who works for the ultra-secret Box 88, not even known about by MI6 or the CIA. It starts with a lengthy flashback to 1993 when Kite is sent to post-Soviet Russia to extract a chemical weapons specialist.

The mission quickly goes wrong, and he is left to fend for himself in a hostile Russian city with the former KGB, now called FSK, shadowing him at every turn. Can he survive? The answer is yes, but narrowly.

On to 2020, when he is director of operations in the UK and finds himself on the so-called ‘Judas’ list of enemies of Russia who have been targeted for assassination.

The first Kite novel was excellent, but this is even better — an elegant exposition of what being a spy in the field actually feels like and the fear it can instil in even the most hardened operator. Superbly constructed, it never hurries, but evokes the world of espionage in a way the late John le Carre would have much admired. 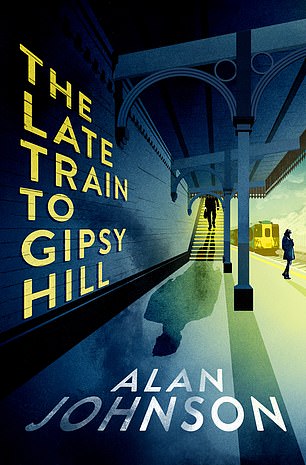 THE LATE TRAIN TO GIPSY HILL

The former Labour home secretary, who retired from the Commons in 2017 after 20 years as an MP, has already won awards for his memoirs charting his rise from postman to Cabinet member.

Now he turns his hand to thrillers with this debut featuring a polite if rather dull man, Gary Nelson, who happens to run into a young waitress, Arina, whom he has been secretly pining for on his train commute into London.

It turns out she has become embroiled in a spy scandal involving Russian mobsters, secret agents, oligarchs, MI5 and New Scotland Yard. There are echoes of John Buchan’s Richard Hannay in the shy and retiring Nelson, who is anything but a super-hero, but there is such charm in Johnson’s portrayal it is impossible not to like him.

The story warms up as Arina appeals to Nelson for help. Perhaps not quite a blockbuster, but this is a very promising start to a career in fiction.