Maurice Hearne and Charlie Redmond, the antiheroes of the Irish writer Kevin Barry’s buoyant third novel, “Night Boat to Tangier,” are former drug runners — they’re aging and existentialist and twinkling thugs. These two are absconders from responsibility, a pair of croaking ravens, one part Chaplin and two parts Lear. They’re very clearly “two fellows that would suck whiskey off a sore leg,” to borrow a line from Joyce in “Ulysses.”

Maurice and Charlie linger in the dismal all-night waiting room of a ferry terminal in the Spanish port city of Algeciras. They’re hoping to find Maurice’s estranged adult daughter, who may be coming from (or going to) Tangier. She may now be a dreadlocked white Rastafarian, “crusty” in their lingo, or she might be dead.

This novel was longlisted for this year’s Booker Prize. It’s Barry’s follow-up to “Beatlebone” (2015), his memorably offbeat imagining of John Lennon’s attempted visit to an uninhabited island off the west coast of Ireland that, in real life, Lennon had purchased in 1967.

“Night Boat to Tangier,” like Beckett’s “Godot,” is about the wait. It’s about hunkering down and admitting the presence of old ghosts. The reason “Night Boat to Tangier” works is that Maurice and Charlie are vivid company on the page, a couple of battered and slightly sinister vaudevillians on a late-career mental walkabout. They might have fallen out of an early Tom Waits ballad, a chest fever splashing over minor seventh chords.

“My arse isn’t right since the octopus we ate in Málaga,” is a pretty typical observation in this novel. So is “I haven’t enjoyed a mirror since 1994” and — in a conversation between old lovers and heroin addicts that Denis Johnson would envy — “Shoot me up between the toes and tell me that you love me.”

Maurice and Charlie’s talk darts here and there. They’re Siskel and Ebert when they want to be. In a flashback they watch the movie “Rumble Fish” (it came out during their youth) and Maurice jauntily comments, “We could be looking at Francis Ford Coppola’s finest hour.” Maurice has a bad eye, so he compares himself to Thom Yorke, the lead singer of Radiohead. “Whining bastards,” Charlie says about that band. “Making any amount of money. And he whining out of him like a stuck goat?”

More often their banter, “a shield against feeling,” is dark. They revisit old mistakes and remind themselves they’re caged in prisons of bad choices made long ago. Their lives are like a text that they are mutual revising. They wonder where they went wrong. Maybe existence is like a slow spin on black ice and they forgot to turn their wheels in the direction of the skid. 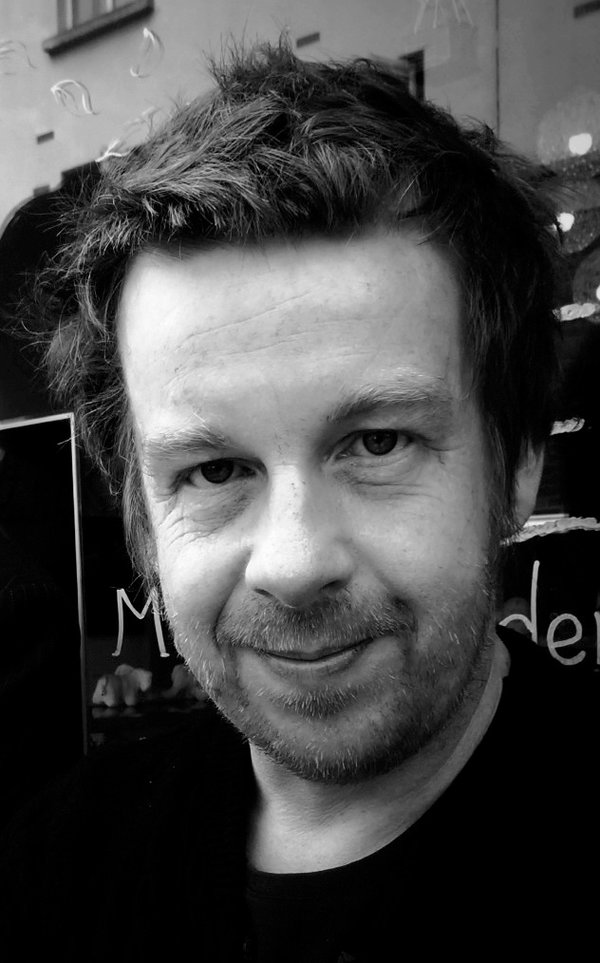 “The money no longer is in dope,” Barry writes. “The money now is in people. The Mediterranean is a sea of slaves. The years have turned and left Maurice and Charlie behind. The men are elegiacal, woeful, heavy in the bones.”

This novel is hard to quote. Nearly every other sentence contains pungent Anglo-Saxon nouns and gerunds. If you stripped them all out, this novel would lose eight percent of its body weight. “We must always be on guard against mediocre cussing in our writing,” the novelist Katherine Dunn wrote, in a small book called “On Cussing.” There’s nothing middling about the swearing here. This novel rates at least a 6.9 on the Irvine Welsh scale.

There’s an overemotional side to “Night Boat to Tangier,” and Barry sometimes lays it on fairly thick. There are many lines such as “Trouble finds me, Charlie said, and a stray tear rolled down his sentimental cheek” and “the place spoke of broken hearts” and “the likes of you and me won’t pass this way again.”

But Barry is such a deft and generous writer that he gets the honey-to-acid blend almost exactly right. He also spackles his novel with poetic utterances that tend to land neatly: “The city ran a swarm of fast anchovy faces”; “An attack dog barks a yard of stars”; “the overbite of her white teeth was cinema.”

We’ve met guys like Maurice and Charlie before, of course. They’re nifty guys at loose ends, to use Jim Harrison’s phrase, of a somewhat moth-eaten variety. We know them from Charles Bukowski’s work, from the delightful novels of the Scottish writer James Kelman, from William Kennedy’s “Ironweed,” from Elmore Leonard and many others. But Barry manages to make this territory his own, and to make it fresh.

Between Maurice and Charlie there has been cuckolding, knife fights, drug deals gone bad. Charlie was once locked in the trunk of a car and driven to a field. The worst crimes in “Night Boat to Tangier” are less picturesque. Maurice’s ex-wife, Cynthia, used drugs while their daughter was in the womb. Maurice was right there beside her.

That daughter — her name is Dilly — might turn up at the port at Algeciras. She hasn’t seen her father in three years. But she might not.

Maurice and Charlie are in the ferry terminal’s bar and they’re drinking brandies. They’re still talking. They’re still hopeless and swimming in regret. But as Maurice’s ex-wife says at another point in the novel, “They do fill a room, though, don’t they?”