WHAT BOOK would journalist and novelist Tom Bradby take to a desert island?

True Crime Story by Joseph Knox, which I am racing through. It has a startlingly original style; basically as if it is a writer’s notes of interviews conducted with those closest to a young woman who has gone missing. It is extremely well done.

I am also re-reading a number of non-fiction books about 1920s Shanghai, as I am currently working on a film version of my novel The Master Of Rain, published some time ago.

This is so tricky, but I am going to cheat a bit and take the Len Deighton Game, Set & Match trilogy. I assume I’d be able to write on the island, and this series was very much the inspiration for the modern Cold War trilogy I have just completed (Secret Service, Double Agent and the just-released Triple Cross).

Deighton was a master of the genre, so I’d take this set for inspiration, instruction and entertainment. 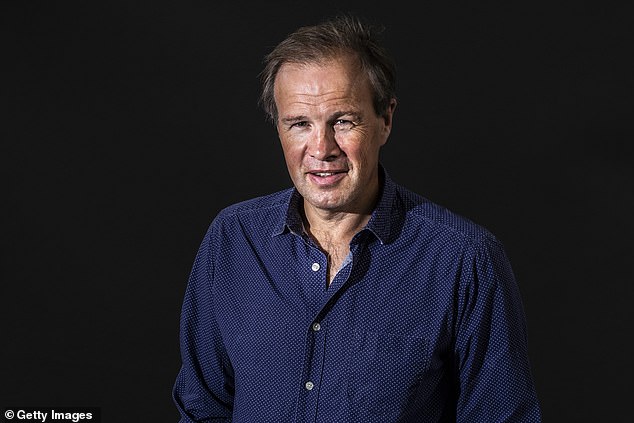 The Poldark series. My wife and I share a love of Cornwall and we both read this series at about the same time in our respective childhoods.

It has brilliant characters and evokes the rugged beauty of the county with wonderful lyricism. And then, of course, there were not one but two brilliant TV adaptations.

I’d also have to mention the Lord Of The Rings trilogy, which I ripped through at about the same time. I read these in about three weeks while at school and failed a set of exams as a result of neglecting my academic work. But it was worth it.

Gone Girl and all those concept thrillers like it. I always start them with such enthusiasm, but half way through start to worry that the writer began with a brilliant premise but had no idea how to tie up the various strands. And I almost always end up disappointed.

I have some sympathy when the ending creaks a bit — every writer knows all too well what that is like. But I have become a bit obsessive about narrative structure in a thriller. So give me The Silence Of The Lambs or Presumed Innocent any day — true classics of the genre.