Here is a map of a land of mothers: mothers before the babies come; mothers in the throes of infant love; mothers minding children; mothers losing children; mothers losing themselves. The mothers in Kate Walbert’s stories love their children passionately, but we all know that passionate love is no guarantor of happiness, and these mothers are not happy. Oh no, they are not. These mothers are trapped.

“She Was Like That” is a fascinatingly integrated story collection; its effect has been achieved eccentrically, by including sections of Walbert’s novel “A Short History of Women.” This idiosyncratic strategy demonstrates a commitment to building the book around a theme — the theme of mothers yearning for something, and I use that rather abstracted word advisedly. What do they yearn for? They’ll know it when they see it. Maybe?

The mothers are white, educated and in various states of married-ness, from fully garbed to déshabillé. Some are mothers of our own era, doing things I myself have done as a mother of the new millennium: drinking too much wine on a play date; grudgingly taking the children to M&M World; attending lectures on raising offspring in the age of anxiety; playing Roses and Thorns at the dinner table, inspired by the Obamas and simultaneously frustrated by the inability of a regular family to live up to their … Obama-ness. These women are bumping up against the boundaries of their lives; they seem mildly bruised.

A few of the stories are set in bygone eras: “Conversation” gives us late-1960s women awkwardly attempting a consciousness-raising session: “In time it will be revealed that Sara is the one woman among them with a graduate degree, and that though she had once believed this would elevate her above the noisy din, the degree did nothing more than require her to waste a few years in Boston, prolonging the inevitable.” These women from the past are trapped much more overtly than the women of our present era — for them, “the inevitable” is a lot more so. “The Blue Hour” has two women striking up a friendship in circa-1960s Rochester, N.Y.; the friends eventually lose touch, “but that was not so unusual in those days when a woman stayed in a place only until her husband’s next transfer.” 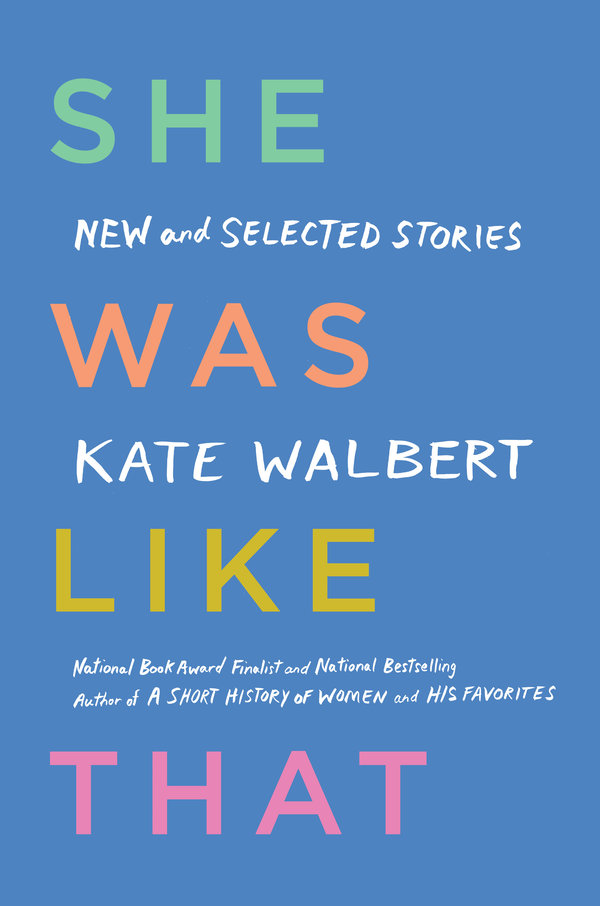 By reaching across time, the book presents a bracingly pessimistic, even bleak, vision. The mothers of the past were trapped, it says, and so are the mothers of the present. There’s no way out; in fact, it’s probable that the mothers are setting up their daughters to be trapped in their own cycles of yearning. It’s as if Walbert has revised the final stanza of Philip Larkin’s “This Be the Verse”: “Mother hands on misery to mother. It deepens like a coastal shelf.” Inevitable misery, in these stories, is mitigated by intense, transcendent love — love of children.

You’ll remember that Larkin’s poem ends “Get out as early as you can, / And don’t have any kids yourself.” But Walbert’s women find their only real escape in their children, an escape that comes bundled with a certain menace. In “Paris, 1994,” a woman is on vacation with her husband, trying and not trying to get pregnant. Looking out on the Place des Vosges, she conjures in her mind’s eye a picture of the chaotic night: “There are babies there and devils, too; they are all of them hovering there waiting to descend, waiting to be asked, waiting to choose, waiting for their chance to be born.” This writing is typical of Walbert’s extraordinary ability to evoke menace and consolation simultaneously. The babies will connect the mothers to the ineffable — not just upward, but also downward, to an unnamed space below, a well, a hell.

Mother love brings strange moments of what can only be called grace, moments Walbert captures with an unusual combination of restraint and rhapsody. But despite these interludes, the babies don’t save the women — because people can’t save one another, but also because although babies start out as babies (an answer!) they grow into adults (a problem!). In this book, adult children are a letdown: They are drug addicts or mentally unwell or highly needy or simply jerks. Just like people. (Just like mothers.)

Despite its Larkinesque fatalism, the book’s elegant, subtle, almost counterintuitive finishing note suggests that mothers are perhaps luckier than others because at least they/we sometimes experience a temporary easing of their/our yearning.

The final story, “Radical Feminists,” captures the book’s haunting dialectic of confinement and freedom. The main character, Beatrice, runs into a former boss who discriminated against her early in her publishing career — in an interview he asked her outright if she planned to get pregnant. Rather than sue, she quit, and children followed (inevitably?). Now, years later, she and her boys are on their way to go skating at Bryant Park when she encounters her old nemesis. The two have a tense, polite, maddening exchange, wherein she meditates on the impossibility of justice and also helps him pick out a hostess gift. Then she and her young boys take to the ice to play crack the whip, a game she loved when she was young. The book concludes with the image of the woman and her children spinning recklessly, “forming the whip, circling around and around and around on the thin ice of the artificial pond, building a mounting speed as Beatrice holds tight, almost ready to let go.” Children provide the solution to their mothers’ yearning and the occasion for still more yearning; children are both the trap and its spring.

Claire Dederer’s most recent memoir is “Love and Trouble: A Midlife Reckoning.”

SHE WAS LIKE THAT
New and Selected Stories
By Kate Walbert
256 pp. Simon & Schuster. $26.