Carl Zimmer’s book begins with a bang. Not a Big Bang, but a small one. In the fall of 1904, a 31-year-old physicist, John Butler Burke, working at the Cavendish Laboratory in Cambridge University, made a “bouillon” of chunks of boiled beef in water. To this mix, he added a dab of radium, the newly discovered element glowing with radioactive energy, and waited overnight. The next morning, he skimmed the radioactive soup, smeared a layer on a glass slide and placed it under a microscope. He saw spicules of coalesced matter — “radiobes,” as he called them — that resembled, to his eyes, the most primeval forms of life.

He was convinced that he had made a major discovery. “They are entitled to be classed among living things,” he would later write. It was heralded as a monumental advance — noted in newspapers and scientific journals. That December, black-tied physicists from the Cavendish gathered to celebrate Burke’s astonishing achievement. They sang:

Through me they say life was created
And animals formed out of clay,
With bouillon I’m told I was mated
And started the life of today.

Burke’s fall from fame, unfortunately, would be as precipitous as his rise. His “radiobes” would later turn out to have little to do with living chemicals, or life. But Burke, convinced that he had discovered “artificial life” and potentially shed light on life’s origins (make soup, throw in radioactivity, then just add water), turned into a ridiculous crank. Brushed off by the scientific community, this fleeting star of biology would die, impoverished and ranting about how his “radiobes” held the clue to life. He would eventually become the butt of scientific jokes — the modern version of the medieval alchemist who was once convinced that a mixture of semen and rotting meat, incubated in a warm hole, could spontaneously form a homunculus, a miniature human.

Zimmer begins his elegant, deeply researched book with this story of a scientist’s near-biblical fall to remind us that, for centuries, fables about the origin of life have fascinated, mystified and, at times, bedeviled and confounded thinkers. The book tackles among the most difficult questions: What is life? How did it begin? And what criteria should we even use to define something as “living”?

Zimmer sprinkles his book with stories that both dazzle and edify the reader. We find him first on a beach in La Jolla, looking at a monster-size kelp and wondering if it can be counted among the living. In a laboratory, he finds scientists creating mini-brains out of differentiating neurons and puzzling over whether what they’ve created are simulacra of real brains. Are these brain “organoids” capable of thinking? Do they dream? And if so, do they satisfy the definition of sentience? Is “sentience” — in its broadest capacity, to sense the world around a being — the be-all and end-all of life? 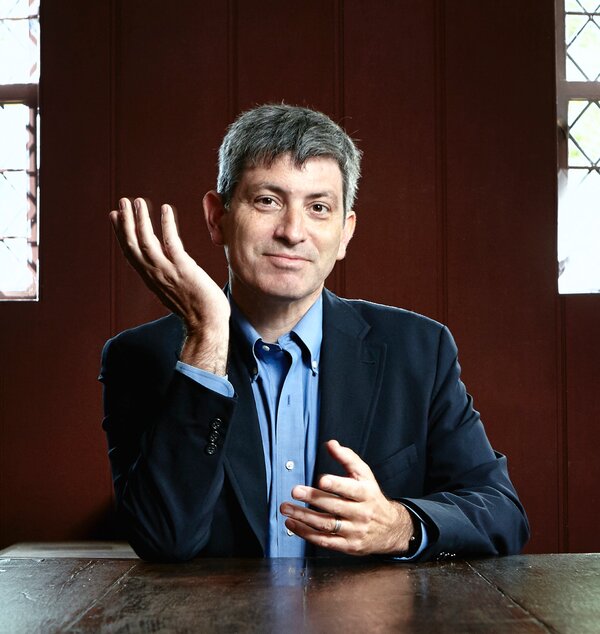 But sentience itself cannot be sufficient; we now have machines and robots that can simulate this sort of awareness, even if that “sentience” doesn’t repose in a living being. Perhaps we are asking the wrong question, Zimmer wonders. Is “life” the resistance of death? One mark of resistance is metabolism. Metabolism — the conversion of matter into molecular forms of energy, and the conversion of molecular energy to fuel growth — is crucial to all living beings. Is this “grow or die” phenomenon the hallmark of life? Zimmer brings us to pythons in a lab that remain in a minimal metabolic state until they are fed, and then ramp up the activity in their tissues; the change from the resting state to their postprandial state has no parallel in the vertebrate world. He visits scientists who store spores from a mold that are dead by all standards: no metabolism, no sentience, no activity, until the addition of a bit of water vivifies them into life. Once alive, these molds exhibit a primeval form of deliberate behavior: They can burrow through mazes, reach under glass and find sources of sugar.

Deep inside a cave of bats, Zimmer discovers yet another defining feature of life: homeostasis, the maintenance of constancy. The bats — weighing “about as much as an empty envelope,” an evocative description — enter a state of hibernation through the winter, using the cave’s own homeostasis to buttress their own (buried in rock, and with little air exchange, the cave retains a relatively even temperature, as do the bats). When the spring comes, and the bats have to fly through gusts of wind, they use homeostasis to stay in place in midair.

If there’s a theme that runs through the first section of Zimmer’s book, it is this: The definitions of life that arose from the minds of 19th-century thinkers — metabolism, sentience, homeostasis, evolution — are physiological descriptions, dealing entirely with the operational. Life is what life does.

But a new sense of what life is began to emerge in the 1940s. In the folklore of biology, it is a breakthrough often traced back to a thin little book recording the words of a lecture. But the roots of this revolution are considerably more complex: World War II, and its terrifying political prelude, had forcibly caused a host of scientists — physicists and physical chemists, most prominently — to emigrate from Europe to the United Kingdom and the Americas. And just as much as a physical migration, this was accompanied by an intellectual one. These scientists wanted to explore the new continent of biology, and saw a new question to ask: Could we think of life as a collection of special molecules and reactions? In 1944, the physicist Erwin Schrödinger spoke about these ideas in a lecture in Dublin, and eventually distilled his radical thoughts in a book, “What Is Life?”

To understand the basis of life, Schrödinger argued, was to understand how information was encoded, transmitted and reproduced. Presciently, he predicted that life’s information was carried in a molecule, one that could provide a “code-script” for building an entire organism.

That molecule, of course, is DNA (or, in rare instances, RNA). Zimmer is particularly brilliant in telling the story of DNA. He takes us back to Cambridge, where a daydreaming physicist meets a voluble biologist: Watson bumps into Crick. Crick’s “bosses at the Cavendish discouraged him from his daydreaming, but in 1951 he met a young American visiting Cambridge who also loved ‘What Is Life?’ James Watson was happy to talk about DNA with Crick for hours on end.”

Zimmer cautiously condenses the story of the discovery — especially the remarkable role of Rosalind Franklin, who was meticulously working on DNA and on the verge of discovering its structure, and whose X-ray pictures Watson became privy to. The iconic structure of the DNA double helix makes its due appearance, but Zimmer is careful to note that this was just the beginning, not the end, of our mechanistic understanding of life, and of those who contributed to it. “Rosalind Franklin is missing from the photograph, for one thing,” he writes, giving Franklin her historical due.

But the structure of DNA, too, was merely a prelude to our understanding of life. Crick, Watson, Sydney Brenner, Matthew Meselson, Frank Stahl and Marshall Nirenberg, among many others, would carry forward the mission of deciphering how the “code script” written in the DNA molecule leads to how life “happens” — how it reproduces, and how the code is carried forward for generations. Franklin, unfortunately, would never get full recognition for her work: By the time the Nobel Prize for deciphering the structure of DNA was awarded, she had died of ovarian cancer.

The “new” biology, Zimmer points out, was no longer about the descriptive (how life is), but about the mechanistic (how life works). Crick wrote his own book — a sort of answer to Schrödinger’s, named “Of Molecules and Men” — which, while criticized for overly simplifying biology, was also praised for laying out a new manifesto. Life, according to Crick, was an epiphenomenon of physics and chemistry — complex, yes, but still explicable in molecular terms. At a NASA meeting in 1992, scientists captured this new big-picture definition in a sentence: “Life is a self-sustained chemical system capable of undergoing Darwinian evolution.” It was a synthesis, or perhaps an armistice, between the old and the new, between the physiologists and the molecular evolutionists. The “self-sustained chemical system” dismissed the idea that there was something special about living chemicals. But the idea of Darwinian evolution — at the molecular, or organismal, level — retained ideas from the 19th century.

In his final section, Zimmer turns, predictably, to viruses. This could hardly be more topical: A piece of RNA, packaged inside a molecular envelope, has gripped the globe and caused a pandemic, turning the world upside down. Again, his analysis of virology is succinct but allows for complexity: He acknowledges the debates in the field, and allows the reader an inner glimpse into how scientists are learning to think about these “borderlands” — microbes that are not alive, but can parasitize the biology of living beings.

The book ends where it began: with a search for the origin of life. In the early 1950s, Stanley Miller and Harold Urey, building on ideas first proposed by Alexander Oparin and J. B. S. Haldane, performed an experiment that would be a counterpart to Burke’s search for “radiobes.” They set up an apparatus with a mixture of water, methane, ammonia and hydrogen — another primeval soup — and flashed electrical sparks to simulate lightning into the sealed glass chamber. Burke’s “radiobes” didn’t crawl out of the test tube, but Miller and Urey found chemicals, including some amino acids, that might form the molecular basis of living beings.

Zimmer is an astute, engaging writer — inserting the atmospheric anecdote where applicable, drawing out a scientific story and bringing laboratory experiments to life. This book is not just about life, but about discovery itself. It is about error and hubris, but also about wonder and the reach of science. And it is bookended with the ultimate question: How do we define the thing that defines us?