When happiness was a broken ginger nut: What it was like to be a child during World War II where ‘sirens and bombing’ were part of everyday life

‘It may sound awful,’ a woman named Eileen confesses in this absorbing oral history by Caroline Taggart, ‘but I felt that the war years were the best years of my life.’

World War II, as we were recently reminded by the commemoration of VE Day, finished 75 years ago, so Taggart’s elderly interviewees, men and women in their 80s and 90s, were mostly children during the war.

Their recollections remain fresh. On the day war was declared, Ros, aged ten, was in her Surrey garden, dancing to music on the gramophone when her mother said, ‘You’ve got to come in. There’s a war on.’ 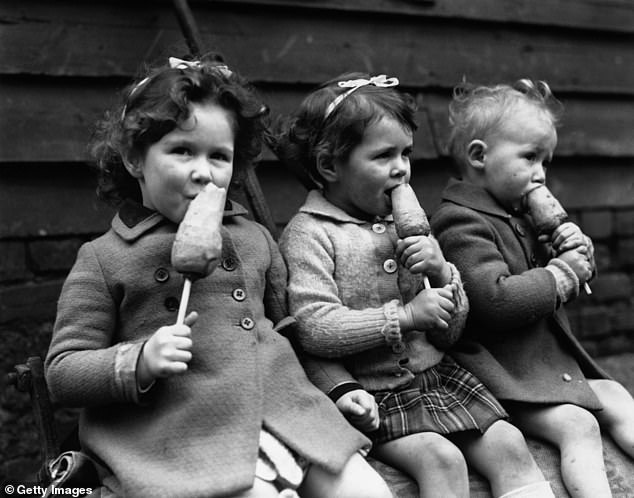 Three young children enjoying a carrot on a stick in 1941. More often it’s the simple pleasures rather than the destruction that these eyewitnesses to history remember

Thirteen-year-old Connie, in Liverpool, was unimpressed by the ‘terrible’ news her mother relayed to her. ‘I just thought, “So what?”,’ she admits. Sheila from the East End was evacuated to Wales where ‘most of the children spoke Welsh and I was so uncomfortable with that I kept running out of school’. Brian found himself in Cornwall, where he witnessed scenes reminiscent of the film Whisky Galore! when a supply ship was wrecked off the coast.

‘One farmer waded in up to his waist to retrieve a large wooden box in the hope it contained bourbon or tins of tobacco, only to find it was full of wet toilet rolls.’

Brian helped himself to tinned pineapple but ate so much he was violently sick that evening. Many of the children were aware of the loss and suffering in the war. In Slough, Sylvia recalls saying to her parents, ‘There’s a sunset but it’s in the wrong place.’ She was looking at the fires of the London Blitz. 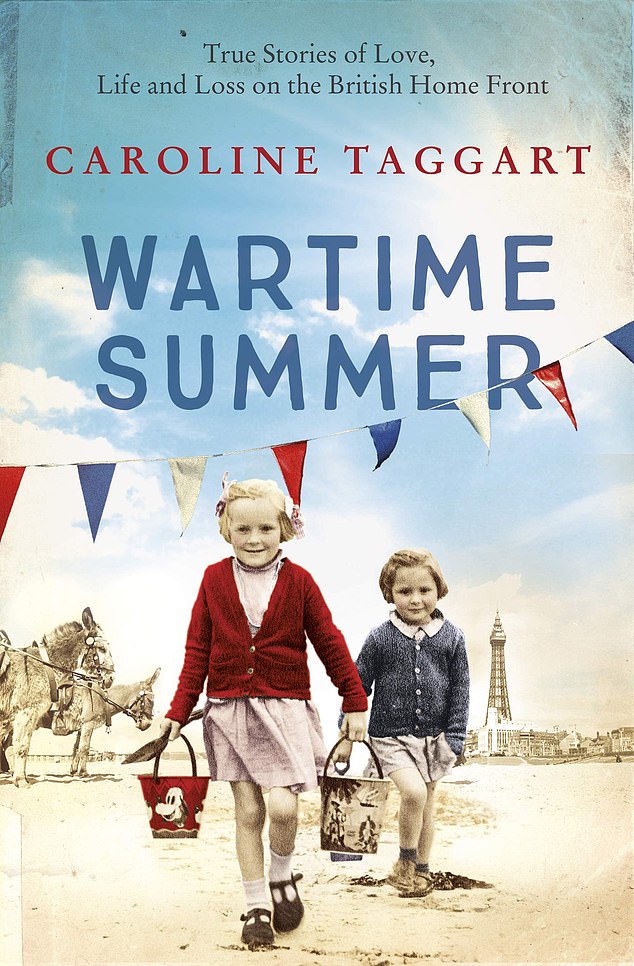 Wartime Summer by Caroline Taggart (John Blake £8.99, 336pp). As a record of what it was like to be a child at that time, Wartime Summer is unbeatable

Kathy in Portsmouth saw whole streets destroyed. She had no school to go to and ‘a complete row of houses and shops was now just a smoking pile of bricks’.

But more often it’s the simple pleasures rather than the destruction that these eyewitnesses to history remember. In a time of rationing, even broken biscuits were a treat. ‘You didn’t have to pay coupons for those … There might be half a custard cream and a bit of a ginger nut.’

And, after American soldiers arrived in Britain, there was new cause for celebration. ‘They used to drive through the village quite often and just throw out packets of nylons and things like that. I can remember people running behind the lorries and picking things up.’ 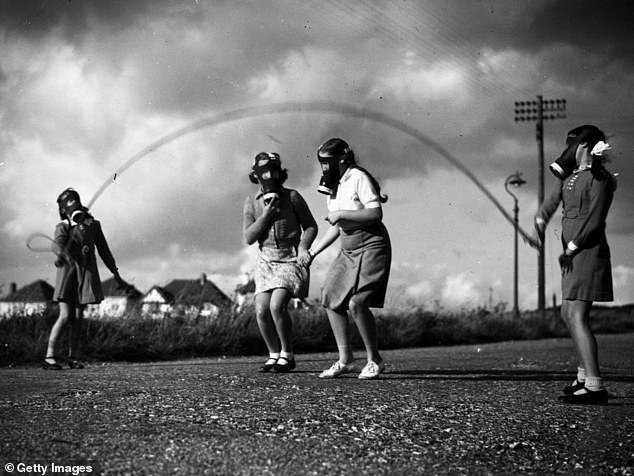 When the war ended, it was hard for some children to comprehend. In South Wales, Maggie heard ‘cheering and shouting and people letting bangers off’. Her mother told her Germany was defeated. ‘I don’t think I really took it in,’ she reports. ‘I’d never known a life without sirens and bombing… for me it was the norm.’

Anyone in search of a broader, more scholarly account of the home front during World War II needs to look elsewhere. But, as a record of what it was like to be a child at that time, Wartime Summer is unbeatable.