In the Book Review’s big annual Summer Reading issue, Vanessa Friedman writes about some of this season’s notable thrillers, including Thomas Harris’s “Cari Mora” and Erica Ferencik’s “Into the Jungle.” On this week’s podcast, Friedman, the fashion director and chief fashion critic for The Times, discusses her roundup and what she generally looks for in a thriller.

“I want something to suck me in,” she says. “Even if I see something coming, even if you know where it’s going, you can’t really stop reading it. And that’s often a function of the prose and the characters and the atmosphere that’s created. And to me, that’s what you want. You want a story that really carries you along. And ideally at the end, you’d like a surprise, but even if you don’t get a surprise, you feel somewhat satisfied by the fact that you couldn’t put it down.” 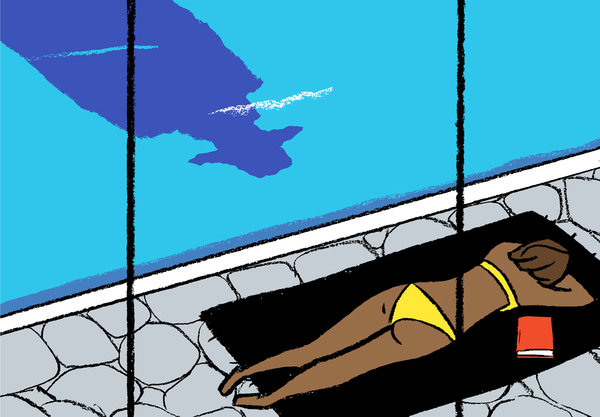 Liesl Schillinger also visits the podcast this week, to discuss some of the season's best books about travel. “So many of the authors departed from wildly different points of knowledge about the places they were writing about,” Schillinger says. “I began with people who just didn’t know a thing. They were just blindly — a shot in the dark — getting on a boat that they’d bought without even seeing it, going they knew not where.”

Also on this week’s episode, Elizabeth Flock of PBS joins us to discuss the latest pick for Now Read This, a book club from PBS NewsHour and The New York Times; and Concepción de León, Joumana Khatib and Sarah Lyall talk about what they’re planning to read this summer. Pamela Paul is the host.

Here are some of the books discussed in this week’s “What We’re Reading”:

“The Prime of Miss Jean Brodie” by Muriel Spark

“Say Nothing” by Patrick Radden Keefe

“When in French” by Lauren Collins

“The Dreamers” by Karen Thompson Walker

“The Good Immigrant” edited by Nikesh Shukla and Chimene Suleyman