THE RAVINE
A Family, a Photograph, a Holocaust Massacre Revealed
By Wendy Lower

“What does one do upon discovering a photograph that documents a murder?” Wendy Lower asks in her new book, “The Ravine.” Lower, a historian of the Holocaust who has worked with Nazi hunters, ponders a photograph, taken in October 1941, in the once thriving, now desolate Ukrainian town of Miropol. It shows several men — Ukrainians and Germans — shooting a woman who, bent over, holds the hand of a small, barefoot boy just before they tumble into a death pit. (The boy would be buried alive, not shot, since Nazi protocol forbade wasting bullets on Jewish children.) Smoke from the gun blasts obscures the face of the woman, who wears a polka-dot housedress; later, on closer inspection, Lower will discover another child nestled in the woman’s lap. The photograph reveals the “Holocaust by bullets” in Ukraine, where more than one million Jews were murdered not in terrifying death camps but in prosaic “fields, swamps and ravines.” The Jews’ tormentors were, very often, their lifelong Ukrainian neighbors.

The scene was not unusual; neither was the photograph. During the war, German soldiers took troves of photographs — perhaps hundreds of thousands, perhaps millions — some of which memorialized, indeed celebrated, their cruelties, tortures and crimes. Nazi authorities forbade these unofficial images, but to little avail; they circulated widely to friends and families back home. These celebrations of sadism — which shake our ideas about an innate human capacity for either shame or guilt — are sometimes referred to as “trophy photos,” though I think “atrocity selfies” is a better term. (Lower claims that, in showing the actual moment of death, the Miropol photograph is rare, though there is no way that she — or anyone else — could know this: For obvious reasons, many of these amateur photographs have never surfaced.) 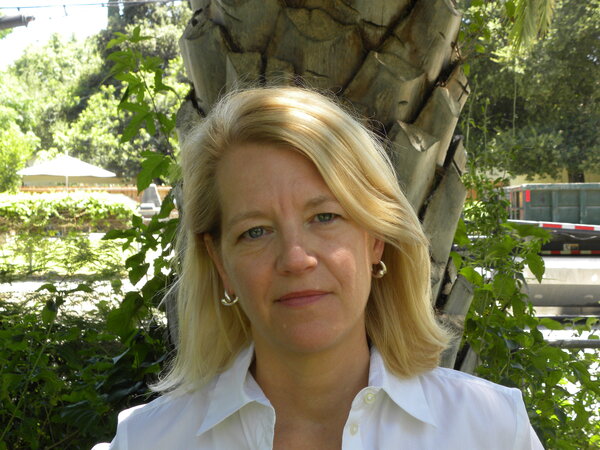 Lower wants to do several things with this image. She hopes to discover who, exactly, the Jewish victims were: to say their names. Though she is an admirably dogged researcher — she uses, among other sources, live and videotaped witness testimonies, legal documents and grave excavations — in this she fails; their names are lost to history.

She also hopes to recreate the details of that day in Miropol and thus reveal the networks of complicity that made the Holocaust possible. Here, she succeeds with a vengeance: Her chapter “The Aktion” is devastating. Finally, she wants to expose the killers.

Knowing how an event occurred removes it from the realm of abstraction — and genocide has, unfortunately, become an almost abstract term. Photographs are particularly good at piercing haziness, since they often capture individuals taking action, not so-called cogs in a machine. As the historian Jan Tomasz Gross wrote in “Golden Harvest” (2012), his own book about a Holocaust image, photographs “remind us most directly of human agency in what otherwise we would know only as a numerical phenomenon.”

Lower shows that it takes a lot of people to kill a lot of people. There are the Ukrainian teenage girls forced to dig the mass graves; the Nazi customs guards (including volunteers) and Ukrainian policemen who rounded up the Jews and forced them to the death site; the Ukrainian neighbors who plundered their homes and “assaulted them — throwing stones and bottles.” Then there are the Ukrainian militia who, “armed with clubs, tools and Russian rifles, chased Jews, bludgeoning some to death. … They chased young Jewish women, ripped off their clothes and raped them.”

The town rang out — who could miss this? — with gunshots, “yelling, screaming and howling.” This was not the bureaucratic killing many associate with the Holocaust. This was mass murder at its most intimate: The Ukrainians “taunted the victims by name. … The victims were known to them from the dentist’s office, the cobbler’s shop, the soda fountain and the collective farm. They grabbed small children and babies by the legs and smashed their heads against the trees.”

There is a vociferous debate among historians and photography critics about whether “perpetrator photographs,” especially from the Nazi era, should be viewed. Some argue that they revictimize the victims. Lower, rightly, disputes this, though in a sparse and not especially illuminating way. Yet her book is a refutation of those who urge us not to look. Indeed, the big surprise of “The Ravine” is the identity of the Miropol image’s photographer: a Slovakian soldier named Lubomir Skrovina. He took the photograph with the full knowledge of his German superiors, but he did not take it in service to their aims. In fact, Skrovina was, or at least became, a member of the Resistance. He smuggled atrocity images to his wife back home as possible material for anti-Nazi forces; wrangled out of further military duty; hid Jews in his home and helped some escape; and joined the antifascist Slovakian uprising of 1944. Lower describes Skrovina’s photograph as “an expression of defiance.”

Though the Jews in the photograph remained anonymous, the names of their killers were known. West German authorities opened an inquiry in 1969, then quickly dropped it. But a Soviet K.G.B. major named Mikola Makareyvych was more determined. In 1986, his investigation yielded convictions for three of the Ukrainians in the photograph. Two were executed, one sentenced to prison. I oppose the death penalty. But I read this chapter of Lower’s book — entitled “Justice” — with deep and unshakable satisfaction.