MY LIFE AS A RAT
By Joyce Carol Oates

There’s a 10th circle in Dante’s “Inferno,” and it’s located inside Joyce Carol Oates’s brain. Known as the “Circle of Virtue,” it’s brimming with women and girls who must pay for the sins of being too hopeful, too forgiving, too nice. Their punishment consists of being hounded by men wielding priapic clubs who poke and prod them, ceaselessly, eternally.

The protagonist of Oates’s latest novel, “My Life as a Rat,” spends a lot of time in this particular hell. Violet Rue Kerrigan, the seventh child of a clannish Irish Catholic household in upstate New York, is only 12 when the novel begins and still the adored baby of the family. But as surely as her name could be read as “Violent Regret,” her fall from grace will be swift and brutal. 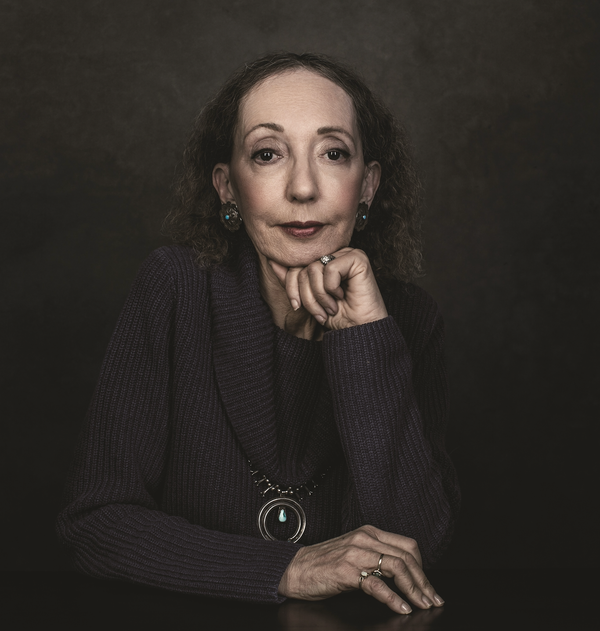 Violet’s childhood home is steeped in toxic masculinity. Her father, a hard-drinking plumber and Vietnam vet, forces her brothers to spar with him until their faces bleed and expects Violet and her two older sisters to be attractive, “sexy — but not too obviously.”

These attitudes spill into the outside world. When the two oldest Kerrigan boys, Jerome Jr. and Lionel, sexually assault a mentally disabled girl, their punishment is a meager week’s suspension from school. From rape they graduate to murder. Out driving one drunken night, the brothers see a black teenager on a bike, wearing a hoodie, and think he looks “kind of suspicious” (shades of Trayvon Martin). Jerome Jr. aims the front fender of the car at the bike, knocking the boy over, and soon a baseball bat comes into gruesome play.

Leave it to their pesky little sister to see them washing and hiding said bat. She connects the dots to the crime and tries to tell her mother what she saw, but her mother refuses to listen. Her priest also harshly silences her, admonishing her for putting her brothers’ lives at risk.

Like the assault of the mentally disabled girl, the murder of the black teenager raises ugly questions about which of the lives in this small community carry more value. Eventually someone listens to Violet, and her brothers are sent to prison for manslaughter. As a result, Violet is told she will never be forgiven for “going outside of the family.” She is cast out — first to a foster home, then sent to live with an aunt.

Oates has long been preoccupied with male violence, racial strife and female victimhood. “My Life as a Rat” has all three of these elements in abundance. At the despairing center is poor Violet, flung into a cruel and indifferent world. Where she’ll land is the question that produces the book’s major tension, and the reader must agonize alongside her. In this book, most men are swine: the Nazi-loving math teacher whose smile looks like “meat grinning”; the creepy uncle with “suet-colored eyes” and a “meat-smile”; the vulgar employer who humiliates and degrades her.

I came to dread the introduction of any new male character or the mere mention of the word “meat.” After a while, Violet’s trajectory seemed predictable, her torturous penance too prolonged. I kept hoping for a Lisbeth Salander moment, when she’d start punching the world back. “My Life as a Rat” does provide Violet with an alternate family, individuals who seem to be as broken as she is, whose need for one another may make the group that much stronger. Might she be allowed, finally and very deservedly, to obtain a bit of earthly nirvana?

Julia Scheeres is the author, most recently, of “A Thousand Lives: The Untold Story of Jonestown.”