You might think that celebrated adult authors writing for kids is a new trend. It isn’t. 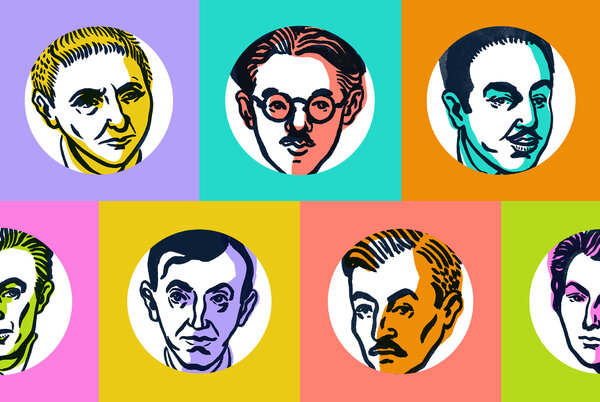 ‘The World Is Round,’ by Gertrude Stein

For a skeptic who never quite finished the first paragraph of “Tender Buttons” it is a pleasant duty to report that Miss Stein seems to have found her audience, possibly a larger one than usual, certainly a more appreciative one. As to just why, it would take an expert in the subconscious and a corps of child psychologists fully to determine. Not the intoxication of words which keep “tumbling into rhyme,” as one little girl neatly described it; not the irresistible rhythm of such songs as “Bring me bread, bring me butter” and “Round is around,” nor the fun which flashes out when least expected, can fully explain its success. Perhaps it is because, in addition to these virtues, Miss Stein has caught within this architectural structure of words which rhyme and rhyme again the essence of certain moods of childhood: the first exploration of one’s own personality, the feeling of lostness in a world of night skies and mountain peaks.

It is printed in blue ink, on fiercely pink paper, as toothsome-looking as 10-cent store candy. It is hard on the eyes, but to children it is beautiful, and certainly Clement Hurd’s drawings are delightful. — Ellen Lewis Buell [Review first published Nov. 12, 1939]

‘Many Moons,’ by James Thurber

When a well-known writer of adult books dashes off a juvenile story, a scarred and hardened reviewer is apt to approach it a little gingerly. In Mr. Thurber’s case, happily, such caution is unnecessary. Brief, unpretentious, but sound and right of its sort, his fable is one which adults and children both will enjoy for its skillful nonsense and for a kind of humane wisdom which is not always a property of his New Yorker stories.

Once there was a little princess, Lenore, who “fell ill of a surfeit of raspberry tarts and took to her bed.” Imperiously (as befits a princess), she demanded the moon to make her well. So the king called in the lord high chamberlain, the royal wizard and the royal mathematician. They flatly said it couldn’t be had, presenting widely varying statistics to prove it. So, as in all good fairy stories, it was the court jester who solved the problem, not without some slight deception but to the satisfaction of the Princess Lenore.

Perhaps Mr. Thurber means that things are what you want them to be. Perhaps he means that children know all along when grown-ups are fooling them; or that they accept the inevitable with more grace and understanding than their elders. Perhaps not. It is not always easy to know exactly what Mr. Thurber means.