Why Britain should celebrate the blue bloods of Glorious Goodwood: They inspired Canaletto and Stubbs and still host some of our greatest sporting events

The 100,000 racegoers who’ll be attending Glorious Goodwood at the end of this month would surely agree with the words of Formula One racing driver Roy Salvadori: ‘Give me Goodwood on a summer’s day, and you can keep the rest of the world.’

Goodwood has it all: the stunning setting under the South Downs, the beautiful house with its dazzling lawns and famous cedars of Lebanon, the picturesque cricket pitch and two emerald-green golf courses, the motor-racing circuit renowned for its thrilling ‘hill-climb shoot-out’, and, overlooking it all, the high-up racecourse, said to be the most beautiful in the world.

It was the Victorian Press who came up with the epithet ‘Glorious Goodwood’ to describe race week: the final fling of the London Season, particularly cherished because it was the relaxed social event at the end of the summer.

‘Bertie’, Prince of Wales, came every year with his Marlborough House set, and referred to Goodwood as ‘a garden party with racing tacked on’ — that being his idea of heaven. 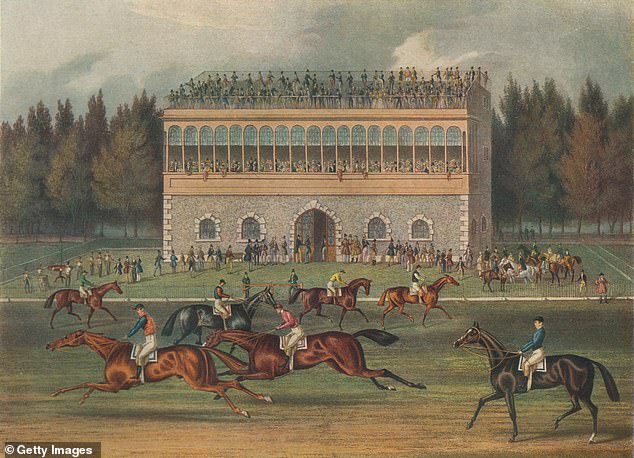 The houseguests all had to weigh themselves (for fun) and record their weights in a notebook, so we see Bertie going up from 12 st 6 lb in 1864 to 15 st in 1875 — a sylph compared with Prince Edward of Saxe Weimar, who weighed in at just under 20 st.

Goodwood’s chief assets, as this delightful history by James Peill, curator of the Goodwood collection, argues, have been its succession of visionary, passionate, fun-loving, sport-loving Dukes.

If you have any Corbynista friends you want to convert away from extreme socialism, I recommend that you lend them this book to remind them of the immense good that a dynasty of enlightened Dukes can do for the well-being of a county and the gaiety of a nation.

Take this selection of life-enhancing acts engineered by various Dukes of Richmond through the centuries. A brief visit to London from Canaletto, and over a rather drunken dinner the second Duke commissions him to paint two of his masterpieces of London views, one of Whitehall and one of the Thames.

A little local cricket match in the second Duke’s garden in 1727, and the first-ever laws of cricket are written up, kickstarting a national obsession.

A keen interest in map-making, and the third Duke helps found the Ordnance Survey, setting the gold standard for future map-makers.

A few months of generous hospitality extended to George Stubbs by the gregarious third Duke, and Stubbs creates some of the greatest horse paintings in the world.

A quick visit to France, and the third Duke buys up the best collection of Sevres porcelain in the country. A passion for hunting, and he builds the most elegant kennels ever, centrally heated so the hounds are warmer than the houseguests.

An encouraging nudge to his friend Thomas Lord, plus a guarantee against any losses Lord might suffer on starting a new cricket ground in Dorset Fields — and the fourth Duke, a founder member of Marylebone Cricket Club, helps bring Lord’s cricket ground into being.

A pressing need to get to the St Leger in a hurry to race his horse, and the fifth Duke invents and designs the first-ever horse-box — and his horse arrives fresh as a daisy and wins the race. 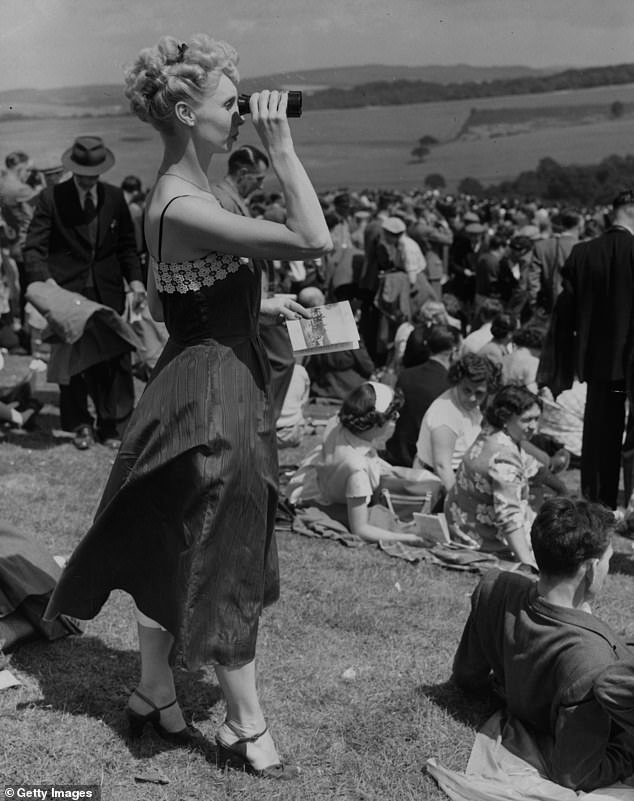 The author argues Goodwood’s chief assets have been its succession of visionary, passionate, fun-loving, sport-loving Dukes (Pictured: Cecilia Austin at Goodwood in 1953)

A boyish passion for motor-cars, and the ninth Duke creates a world-renowned motor racing circuit.

On and on it goes: a catalogue of civilized patronage and making things happen. The current Duke, Charles, 11th Duke of Richmond and Gordon, is the tenth to be called Charles; the only reason one of them was called Freddie was that his elder brother Charles was killed in action in the British Archangel campaign in Russia in 1919.

Apart from that it’s been Charleses, all the way back to Charles II, who fell in love with the dark-tressed Breton Louise de Kerouaille, love rival of Nell Gwyn. Charles and Louise’s illegitimate first-born Charles was made the first Duke of Richmond.

And guess what? Both young Charles and his father Charles II adored horse racing. Charles the younger rode in his first race aged ten. His and his father’s shared passion would be the beginning of Goodwood as we know it. The first Duke loved hunting too, and he bought Goodwood as a hunting lodge in 1697. So, if you go to Glorious Goodwood this year you can meditate on the fact that racing is deeply in the family blood.

It wasn’t all jollity and fun. The fourth Duke and his wife Charlotte were so deeply in debt after the death of the extravagant third Duke that they had to move to Brussels — and it was here that the Duchess of Richmond’s ball was famously interrupted when a note was delivered to the Duke of Wellington.

The music stopped in mid-bar. The Duke went to his library and got out a map for Wellington to look at urgently. ‘I must fight him here,’ said Wellington, pointing at Waterloo. Three days later, ten of the officers at the ball had been killed and 35 wounded — but victory had been won. 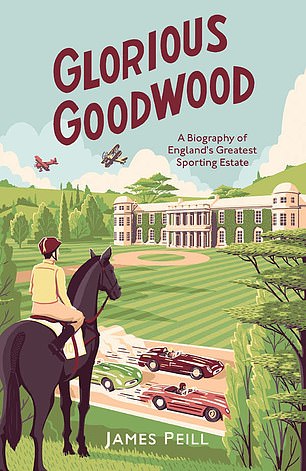 Freddie (born in 1904) is perhaps my favourite of all the 11 Dukes. Mad about motor-cars, he dropped out of Oxford, flatly refused to become aide-de-camp to the Governor of Bengal, and insisted on marrying the sweet red-haired daughter of the vicar who had tutored him, causing his mother Hilda to scream hysterically, stop his allowance and evict him from his London pad.

Freddie ‘blazed a path through tradition and prejudice,’ Peill writes, working as an overalled car-mechanic and later a suited salesman for a firm of Bentley agents in Hanover Square.

He even designed the ‘March Special’ body for the Hillman Minx (March being a subsidiary title of the Dukes of Richmond).

This car-tinkering life was not quite the future his father had planned for him, but he didn’t care. He won the Brooklands Double Twelve race in 1931.

After World War II, he converted RAF Westhampnett, built on the Goodwood Estate, into the motor circuit we know and love.

He was forced to close it for financial reasons in 1966, but the current Duke was determined to reopen it, and he did, in 1993.

The Dukes of Richmond are deep-seated optimists, it seems. All of the sports at Goodwood, now enjoyed by so many people, stem from a passion of one of the previous Dukes.

They’re not the greatest letter-writers, it seems: the fifth Duke is the author of the shortest letter ever written: ‘Yes – Richmond.’

Sport and hospitality are their thing. Long may the glories and the optimism continue.