ASOIAF fans who have already seen Game of Thrones may feel they know where The Winds of Winter is going since the show’s plot overtook the books. However, George RR Martin has repeatedly told fans there will be some differences. And now an insider and expert on the series has teased what fans can expect for Brienne of Tarth, Jaime Lannister and Daenerys Targaryen.

ASOIAF expert and insider BryndenBFish is looked up to as a trusted source of information on all things The Winds of Winter.

And recently on his Twitter, a fan asked: “How do you think, how many POV chapters will Brienne and Jaime have in TWOW?

He replied: “The way I think is that I take a problem, mull actions, weigh pros and cons of every action, research additional options before coming to the best decision I can.

“Jaime and Brienne will probably have 3-5 chapters between them.” 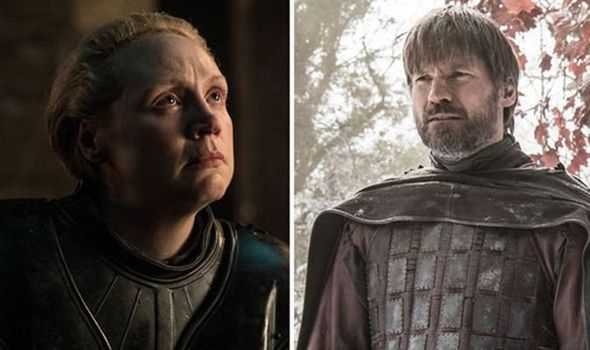 And when asked who had the better chapters in The Winds of Winter out of Arya Stark and Daenerys, he revealed the latter.

The expert wrote: “From what I’ve read: Dany has better chapters in TWOW than Arya.”

Meanwhile, BryndenBFish is convinced The Winds of Winter will be published in 2020.

His conclusion came after the last extensive blog post by Martin on his writing progress.

Earlier this month, the 71-year-old author wrote: “Truth be told, I am spending more time in Westeros than in the real world, writing every day.”

Of The Winds of Winter’s plot, Martin added: “Things are pretty grim in the Seven Kingdoms.

“But maybe not as grim as they may become here.”

In response, the ASOIAF expert tweeted: “Aw hell yeah! George is writing in Westeros every day. I think this is the year, friends.”

While in December he tweeted: “I think 2020 will be the year TWOW gets published. I have faith in my sources.”

In fact, BryndenBFish has leaked that two publication dates are under consideration.

He told fans on his Twitter: “I’ve heard a few dates tossed around by industry people.

“The most compelling, believable one has it that GRRM currently has [redacted] with an expected publication date of [redacted].”

Then clarified: “But I’ve heard plausible dates before.”

But a fan asked: “Do you think he’ll make the soft deadline of Worldcon [at the end of July]?”

The ASOIAF expert replied: “No lol.”