The debate surrounding what to do with monuments to controversial historical figures has been in full swing this summer. While a statue of slave-owner Edward Colston was toppled in Bristol, the sculpture of Sir Winston Churchill in Parliament Square was spray-painted with accusations that the World War II prime minister “was a racist”. Now prominent Churchill historian Professor Richard Toye of the University of Exeter has weighed in on the truth surrounding the national icon, whose image features on the £5 note.

“And I think he does fall into a different category than somebody like Edward Colston, who it is impossible to think of any redeeming features at all.

“There are legitimate calls for certain statues to be taken down.

“But I don’t think that really applies to Churchill.” 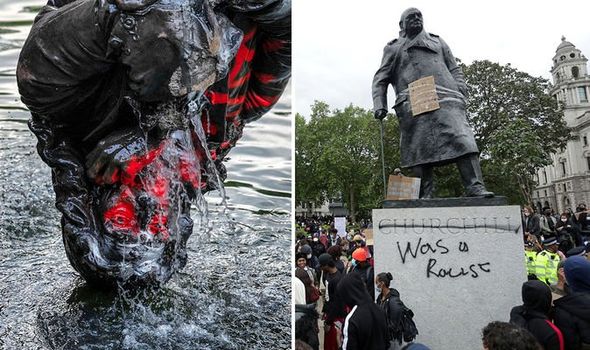 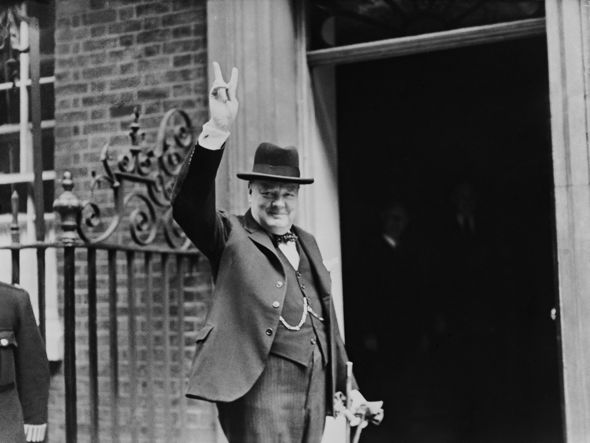 On why people are particularly defensive of our World War II PM, the historian express how Churchill is seen as personifying the nation.

Toye said: “Giving a factual opinion about what Churchill’s views were, can be read as essentially attacking Britain.”

While on why we care today if Churchill was a racist, he said it was crucial to point out that it’s not really about disagreement concerning the past, but actually the present.

Toye then went on to look at the positives and negatives of Churchill’s character. 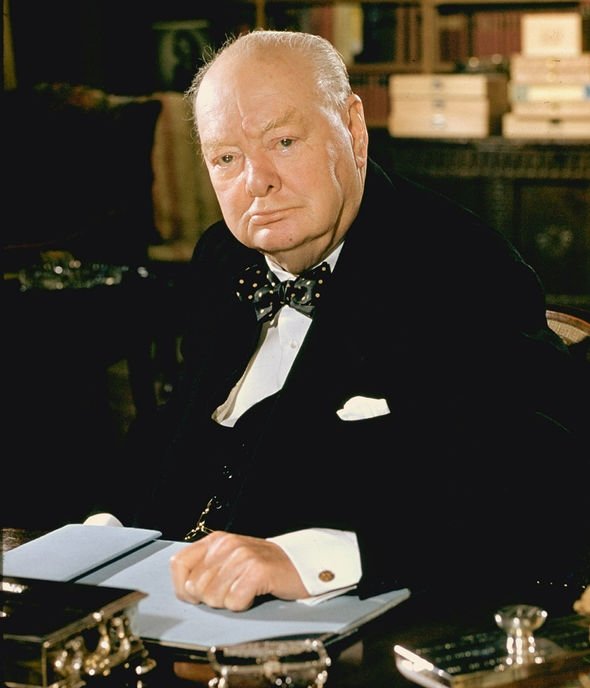 The historian admitted: “Having said all that, yes Churchill did express racist views throughout his career. He was very explicit about the fact that he thought white people were superior and he felt black people were less capable.”

But Toye argued that Churchill’s problematic views on race cannot simply by attributed to him just being a man of his time. The expert pointed out how while the national icon was very influenced by his Victorian background, many of his peers did not hold his views.

The historian revealed: “Many perceived him as being an extremist or reactionary or somebody who was stuck in the past.”

Toye gave the example of Leo Amery, Churchill’s Secretary of State for India, who was a Conservative and an imperialist. The politician, who attended Harrow School at the same time as the PM, recorded Churchill’s remarks in his World War II diary and was appalled at some of his attitudes. Toye added: “Churchill’s views did shift over time in various ways.”

But like many imperfect historical figures, there is also much Churchill can be praised for.

“I think he was a very skilful and talented person. I don’t quite subscribe to the ‘he singlehandedly changed the whole course of history’ argument.

“But I would rather say, you look at the other available candidates to be Prime Minister during World War II and is there anybody you can say would have done it better?

“There is a strong argument for saying he was a very successful political leader who obviously did make mistakes, but deserves credit for what he achieved during World War II.”

Professor Toye has two new Churchill books out this month. The first is called Winston Churchill: A Life in the News, which looks at the historical figure as a journalist, plus his image in the media and the way that has changed overtime. For example, in Edwardian cartoons he was caricatured wearing a tiny hat, long before the cigar-chomping image he is best known for became mainstream.

And thirdly, the book looks at Churchill’s efforts to influence the media, particularly during World War II, from attempting to control coverage to shaping his own image.

The historian has also co-written The Churchill Myths, which he says is not a book about Winston Churchill, but examines the way in which his memory has been used by other people, including Boris Johnson.

Winston Churchill: A Life in the News and The Churchill Myths are both published on August 13, 2020.