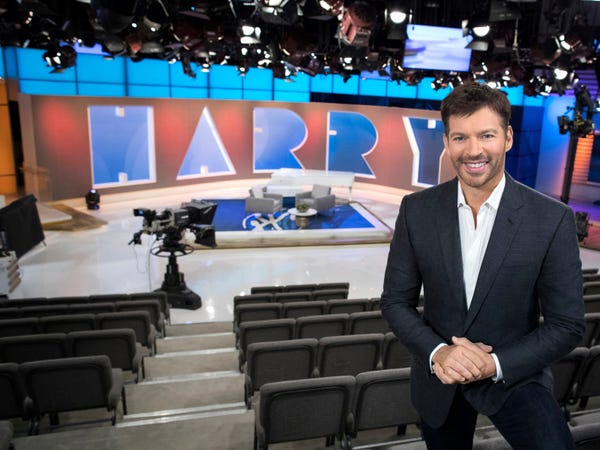 While you probably associate daytime talk shows with Ellen DeGeneres and Oprah Winfrey, there are countless other celebrities who joined the talk show space over the years.

Actors, comedians, and musicians have launched daytime talk shows with varying degrees of success. Most lasted just a couple of seasons, while others were canceled after just a few episodes.

Keep reading to remember 10 celebrities who tried their hand at daytime talk shows.

Kris Jenner had a daytime talk show on Fox for just six weeks. 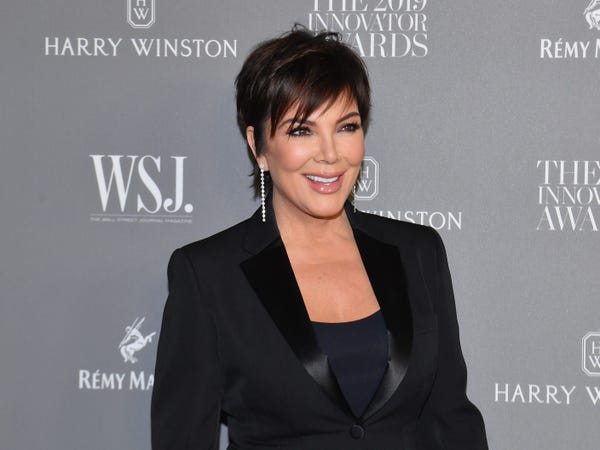 In 2013, Fox gave Jenner a test run for a talk show simply titled "Kris." During the six-week run, Jenner brought on some celebrities, including members of the Kardashian-Jenner clan, but ultimately the show was canceled.

"I think she was pretty uninteresting [on camera]," Fox Television Stations' Frank Cicha told The Hollywood reporter in 2014. "When the camera was on she looked not just like a deer in the headlights, but like a deer that already got hit."

The show did not move forward after the test run. 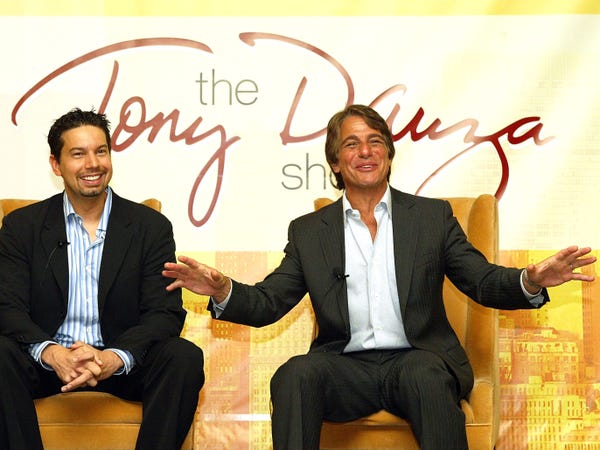 "The Tony Danza Show" premiered in 2004 on ABC, and Danza describes the two years on air as unforgettable.

"It was amazing, having a live show in New York City," Danza told the Television Academy in 2014. "It was kind of like being the king of New York. "

He went on to say that his favorite part of the show was the 30-second cold open at the top of the show where he never knew what he was going to do or say. Ultimately, Danza said he was "pretty devastated" when the show was canceled. 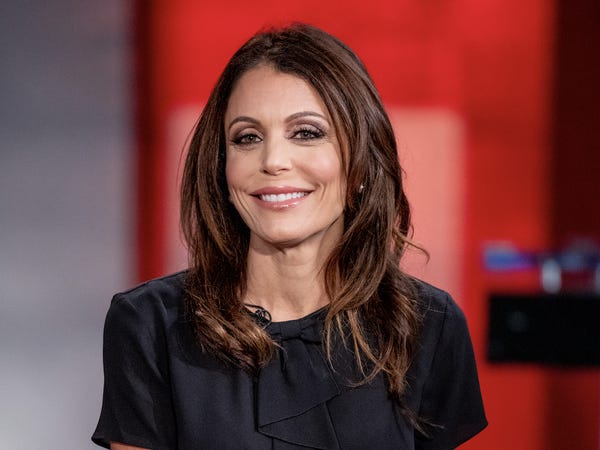 In 2013, "Bethenny" premiered nationwide, but it only averaged 1.5 million viewers per day, despite being produced by daytime powerhouse Ellen DeGeneres, according to The Hollywood Reporter. The show was not renewed for a second season.

"I had a blast doing this show with Telepictures," Frankel said in a statement in 2014."My entire staff worked so hard and made every day so much fun. I am thankful for the experience and for all my fans who tuned in every day."

Queen Latifah had two daytime talk shows — her most recent was canceled in 2015. 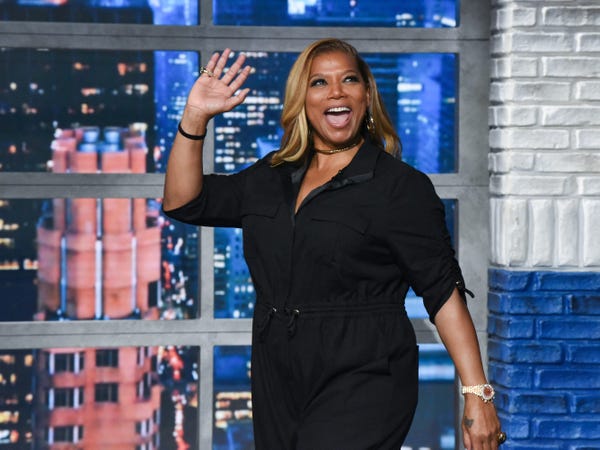 The first iteration of Queen Latifah's show was on air between 1999 and 2001, but she relaunched the series in 2013. "The Queen Latifah Show" premiered on CBS and dealt with a difficult ratings battle. It was canceled after its second season.

"As I look back on it, I'm in shock at how many people have come on the show, supported the show, and all the great things. I've been able to spend other people's money to change people's lives, which is the best thing to be able to do," Latifah told The Hollywood Reporter in 2014. "I feel really honored. And I appreciate everyone who tuned in to watch it and support it."

Fran Drescher brought her own spin to the daytime talk show sphere in 2010. 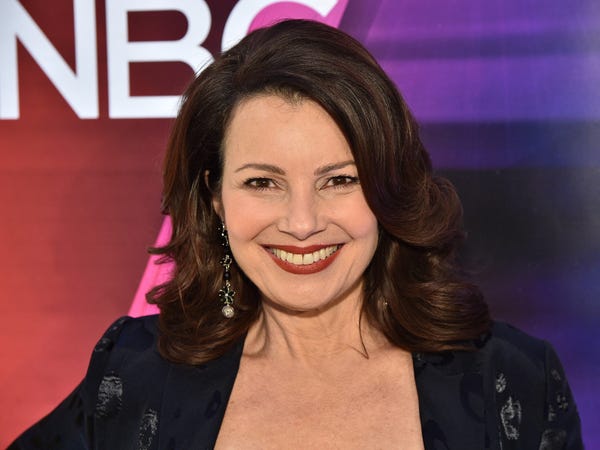 "The Fran Drescher Show" only aired for a few episodes in 2010 before getting canceled. The "tawk show" — as "The Nanny" actress called it — was only meant to be a trial run, airing for three weeks in just six cities.

Drescher said she wanted the show to focus on women and the issues they face.

"I want to inspire women, and I want it to be a smart show, something that is going to stimulate me intellectually, as well as entertain," she told Entertainment Weekly in 2010 ahead of the premiere. "I think it's gonna be a really wonderful way to spend an hour of your day." 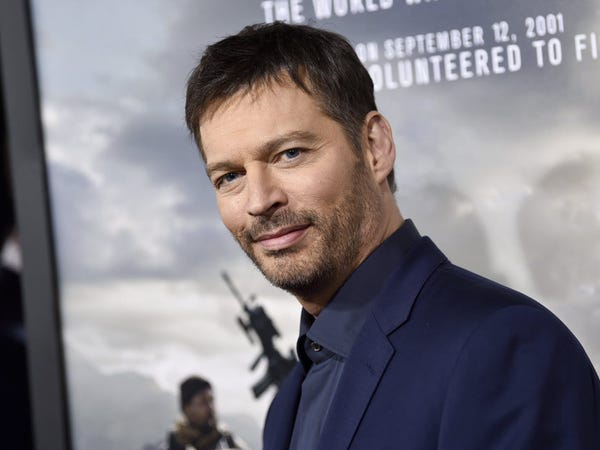 In 2016, "Harry" premiered on Fox-owned stations around the country to some success. It was renewed for a second season, but the network decided to cancel the show in 2018, according to The Hollywood Reporter. The show did, however, earn several Daytime Emmy Award nominations.

"I have truly loved doing this show and appreciate your welcoming me into your homes every single day," Connick told The Hollywood Reporter in 2018. "I'm incredibly proud of the show we produced over the past two seasons. We tried to create a safe place where families could gather to be entertained, uplifted, and inspired, and where we could celebrate everyday women who work hard to make our world a better place. I am truly grateful for the opportunity and will continue to find avenues to uplift our country."

Megan Mullally got her own talk show in 2006. 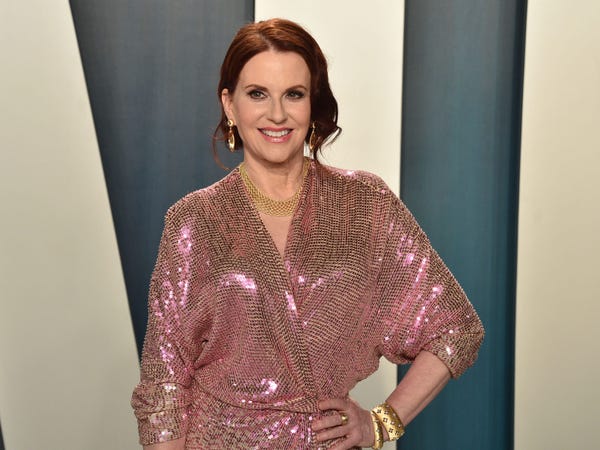 "The Megan Mullally Show" made its debut on NBC in 2006, just a few months after "Will & Grace" ended its eight-season run. When her talk show was on the air, it had just about 1 million viewers per day, according to Today.com. The show was canceled just five months into its first season.

"I am extremely proud of the show we created and am thankful for the passion and tireless efforts of [executive producer] Corin Nelson and the entire staff," Mullally said in a statement in 2006.

Bonnie Hunt's talk show aired for two seasons before getting the ax in 2010. 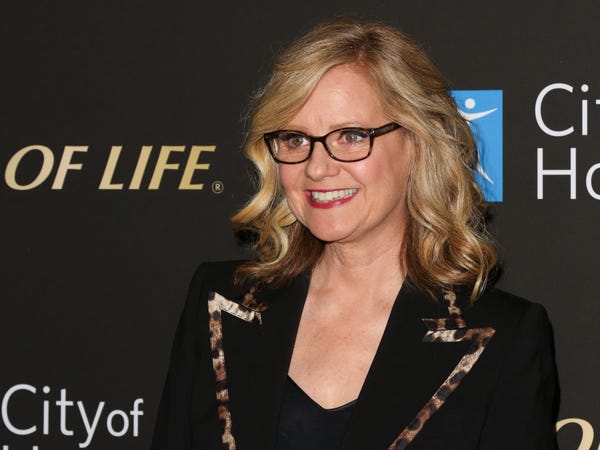 "The Bonnie Hunt Show" debuted in 2008 and was viewed as "a companion piece to 'The Ellen DeGeneres Show,'" according to The Seattle Times. The actress and comedian earned several Daytime Emmy nominations for the show, including for outstanding talk show host.

But in 2009, Hunt announced to her staff that the show was over after two seasons. 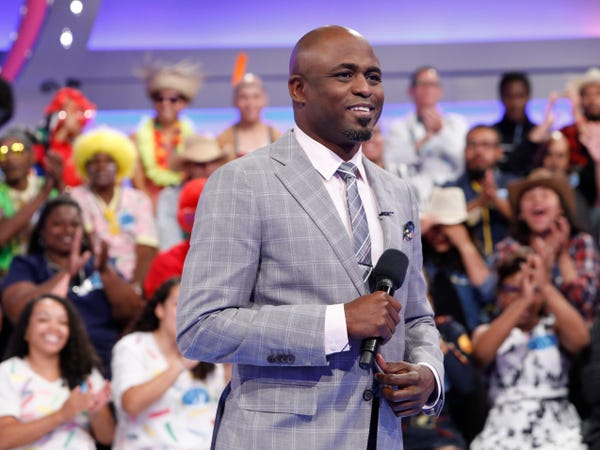 "The Wayne Brady Show" aired for two seasons between 2009 and 2010 on ABC. Over the course of its run, the show earned three Daytime Emmy Awards, but it was eventually canceled, BET reported.

"ABC wanted me to be the traditional talk show host, but I really wanted to talk about the things that I liked," Wayne told BET in 2013. "I'm a hip hop fan, I love the culture and I grew up in it. That was something I was never allowed to express and that's why I think this mostly lop-sided view of what I did on TV emerged. I wasn't able to really be me."

When Rosie O'Donnell ended her daytime talk show in 2002, actress Caroline Rhea took her place for just one season. 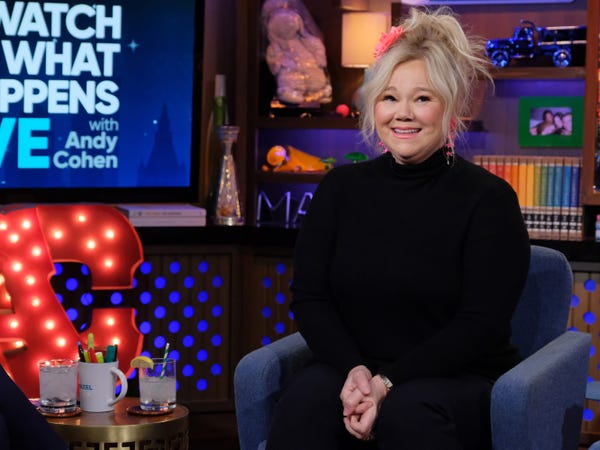 Caroline Rhea was known as Aunt Zelda on "Sabrina, the Teenage Witch" before O'Donnell tapped her to become the successor of her famous daytime talk show. In 2002, Rhea stepped up to the plate, but after just one season, the show was canceled.