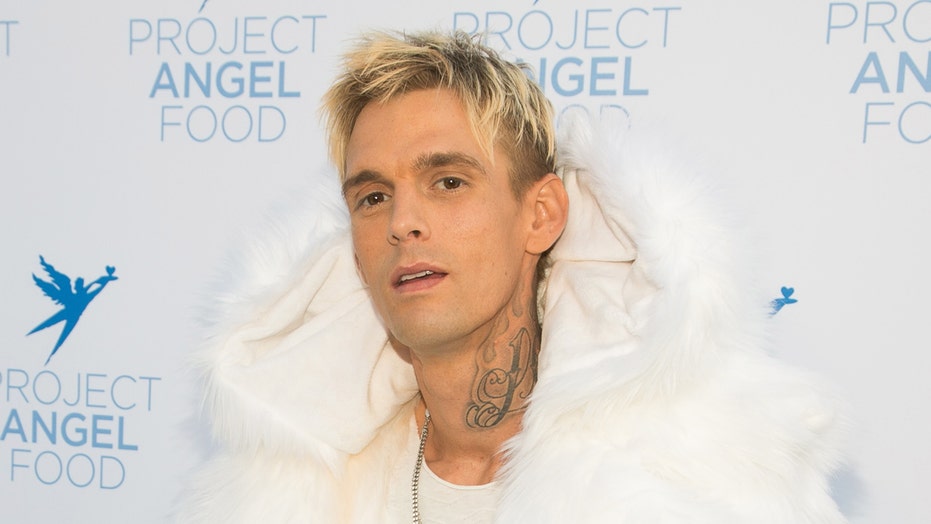 Aaron Carter made headlines with his Medusa-themed face tattoo and now, the singer is explaining why he got the controversial ink.

“Medusa is my protector. If you want to come at me with some negativity, my Medusa will stare you in the eye and turn you into stone,” he told Entertainment Tonight.

The embattled “I Want Candy” singer, who has been engaged in a public feud with brother Nick Carter over the past several weeks, further elaborated on the tattoo’s inspiration.

In the interview, Aaron cited his mother, Jane Carter, as the primary source of inspiration for the tattoo.

“This is the love of my life right here,” he said about his mother. Aaron, who has had a particularly rough relationship with Jane over the past several years, recently reconciled with the Carter matriarch. The mother-and-son duo will be prominently featured on the upcoming season of WE tv’s "Marriage Boot Camp: Family Edition."

Though the drama between Aaron and his brother Nick has made headlines over the last few weeks, Jane attempted to tamp down the controversy, saying, “Aaron loves his family very much, and that’s where his heart is at.”

It was recently announced that Nick and sister Angel recently filed a restraining order against Aaron.

“After careful consideration, my sister Angel and I regret that we were required to seek a restraining order against our brother Aaron," he said in a statement. "In light of Aaron's increasingly alarming behavior and his recent confession that he harbors thoughts and intentions of killing my pregnant wife and unborn child, we were left with no choice but to take every measure possible to protect ourselves and our family."