Looks like Shailene Woodley and Aaron Rodgers had a romantic getaway! The newly engaged couple was spotted together for the first time, boarding a private plane in Costa Careyes, Mexico, on Monday.

The pair was comfortably dressed with the 37-year-old Green Bay Packers quarterback in gray sweatpants and a zip-up hoodie and the 29-year-old Big Little Lies star in a printed sweater, black leggings and hightop Converse.

After keeping their romance entirely private, Rodgers revealed he got engaged during the NFL Honors broadcast in February. Later that month, Woodley confirmed the news on The Tonight Show Starring Jimmy Fallon, saying, “For us, it’s not new news, you know? So it’s kind of funny. Everybody right now is freaking out over it and we’re like, ‘Yeah, we’ve been engaged for a while.'” 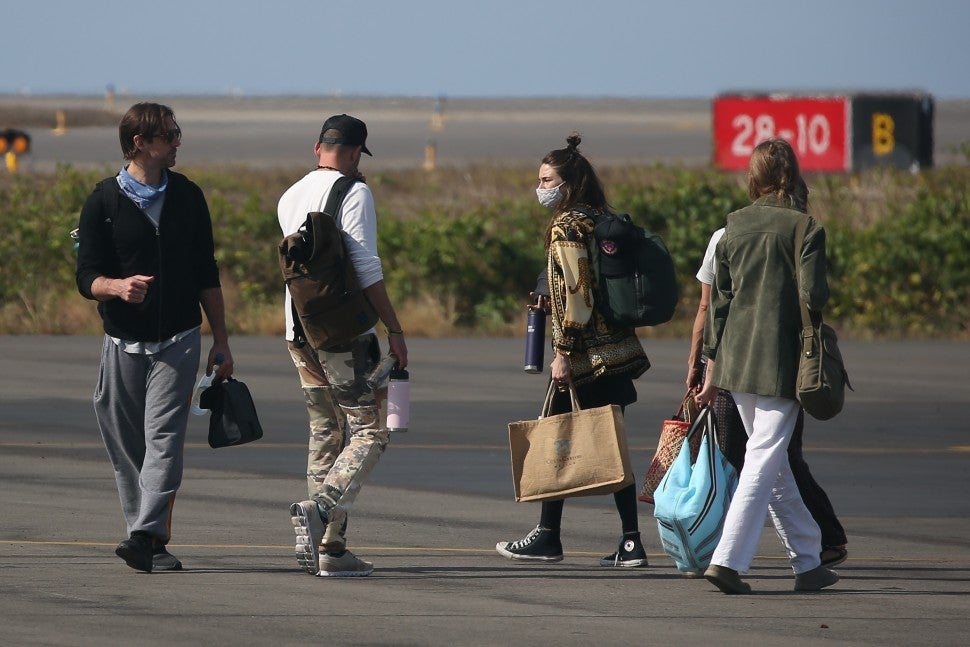 She went on to praise her fiancé, adding, “He’s, first off, just a wonderful, incredible human being. But I never thought I’d be engaged with somebody who threw balls for a living. Like, I never thought as a little girl, I was like, ‘Yeah, when I grow up, I’m gonna marry someone who throws balls! Yeah!’ But he’s really just so good at it.”

During an Instagram Live conversation earlier this month, Rodgers opened up about his engagement to Woodley.

“I’m recently engaged, so I’ve been enjoying that part of my life,” Rodgers said. “Obviously that’s the best thing that’s happened to me in the last year,” adding that the “next great challenge will be being a father.”

Woodley’s The Secret Life of the American Teenager co-star, Megan Park, also spoke to ET about the couple’s engagement, and gushed over her friend’s new fiance.

“Yes. I like Aaron a lot. I have not met him in real life yet because of COVID, but I met over FaceTime and he saw the movie and was very complimentary,” Park said. “He’s a great guy and I couldn’t be more thrilled for them.”