Adele was seen partying in Beverly Hills on Sunday night following the 93rd Academy Awards ceremony. The singer showed off her seven stone weight loss as she danced with pals at Oscar winner Daniel Kaluuya’s after party.

The mum-of-one looked radiant as she laughed and joked at the bar in an eye-catching green outfit, in footage which was later posted on Instagram.

She teamed her vibrant Lapointe coat with a fitted black top underneath.

Adele wore her long hair loose as she enjoyed a cocktail following Hollywood’s hottest night of the year.

According to the bartender, who shared the clip online, the London-born star enjoyed a Moscow Mule at the bash. 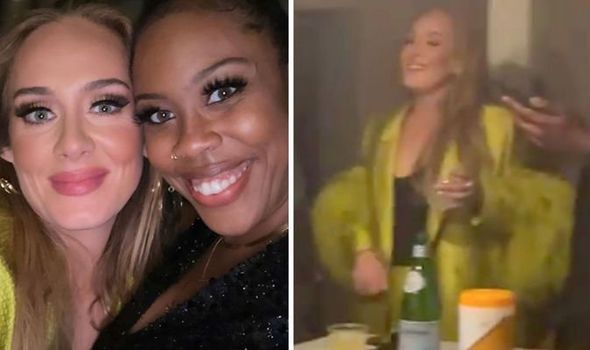 “For all the Adele fans that have been so nice here’s a little clip of when we went from the Oscar’s after party to the After after party.

“@adele loved our Moscow Mules & we loved the dance party.

“Thanks for having us cater to you!” the accompanying caption read.

Earlier in the evening, the Curly Bartender had congratulated Daniel Kaluuya on his win and thanked the British actor for inviting them to bartend. 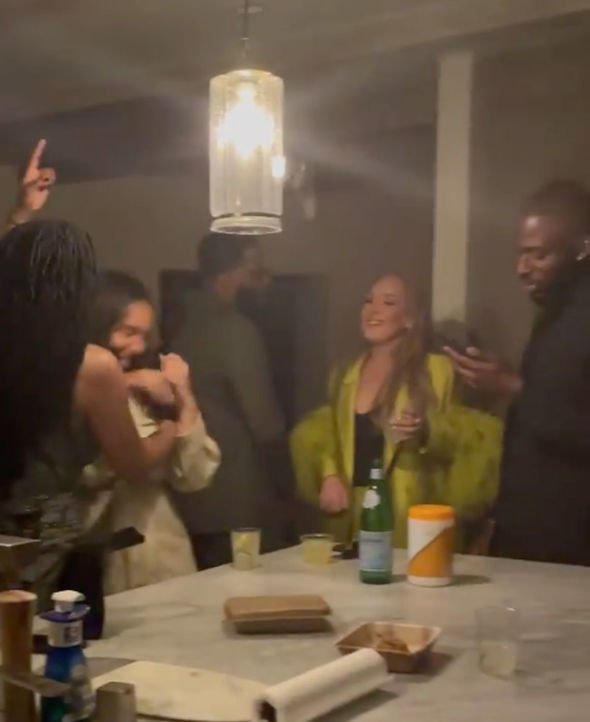 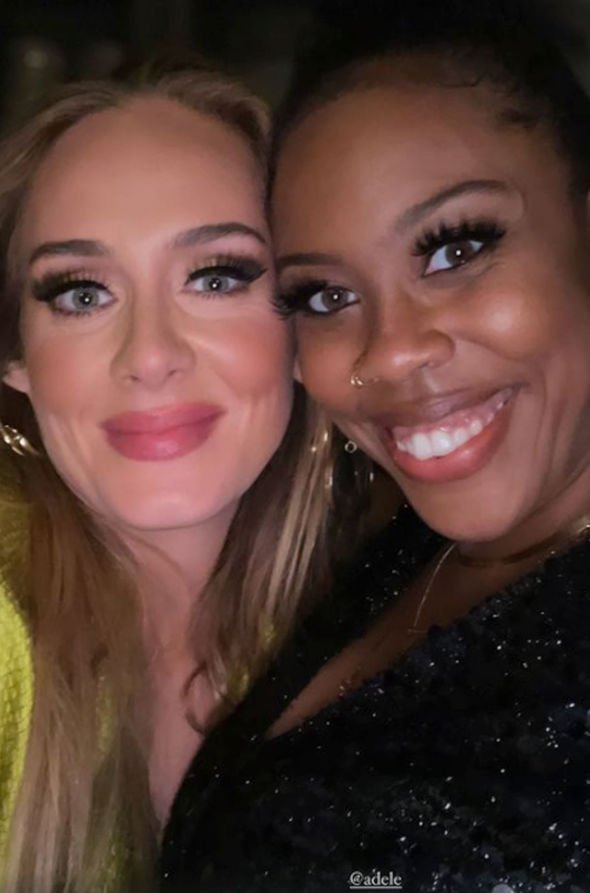 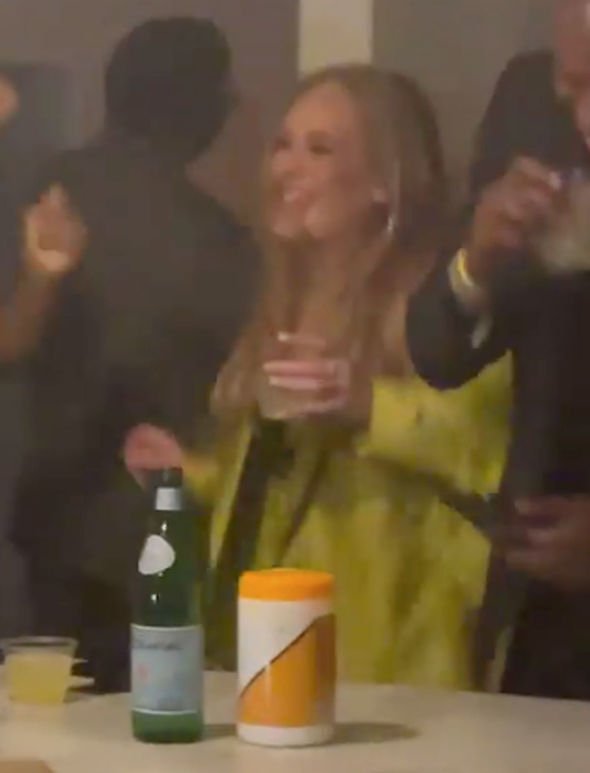 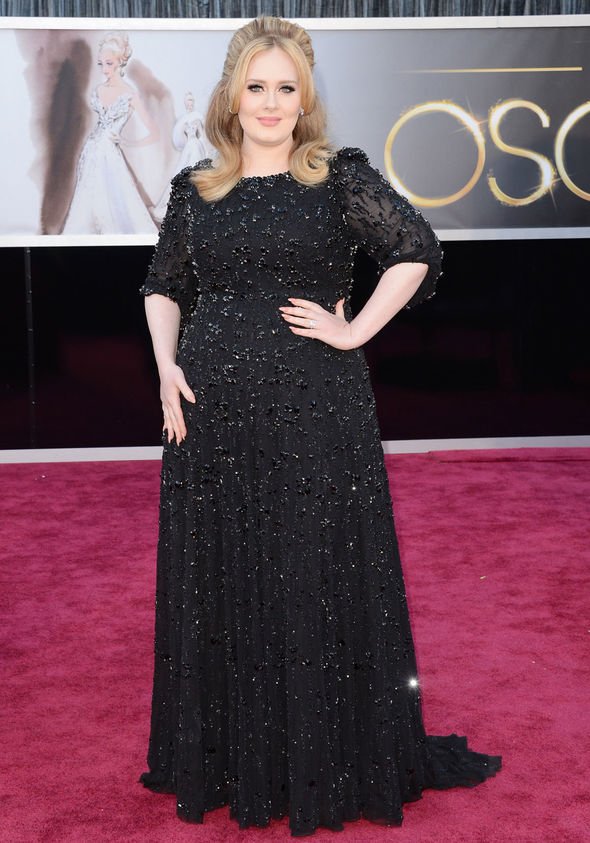 Adele’s friend Amber Chardae Robinson also took to social media to share a picture of the pair at the party.

The glam duo could be seen cosying up to each other for the social media snap.

The 32-year-old songwriter, an Oscar winner herself, enhanced her good looks with dramatic eyes featuring a flick of eyeliner and fluttery long lashes.

A slick of pink lipstick completed her look.

Back in 2013, Adele won the Academy Award for Best Original Song for her track Skyfall.

The number featured as the title music for the James Bond film of the same name.

At last night’s ceremony, Daniel won the Best Supporting Actor accolade for his performance in Judas and the Black Messiah.

The 32-year-old then celebrate his big win with a number of pals including Drake.

Adele is estimated to have lost over seven stone in weight over the past few years.

She showed off her trim figure online when she celebrated her 32nd birthday last May.

It would seem that the songstress, who separated from her husband Simon Konecki in 2019 after three years of marriage, has overhauled her lifestyle.

She shares eight-year-old son Angelo with her ex-husband.