Norah Jones: Come Away With Me (Blue Note Anniversary Edition)

With solo artists dominating the charts, the days when rock bands reigned supreme appear to be over.

Former Radio 1 DJ David Hamilton argued as much in the Mail last week and he had a point: solo acts cost less for record labels to sign and nurture; it’s also far harder for bands to create hits on a laptop from the comfort of their own bedrooms.

But if we are witnessing the slow death of the traditional group, nobody has told Stockport five-piece Blossoms.

The band, named after a local pub, have paid their dues the old-fashioned way, building a loyal following by playing live ever since getting together in 2013. 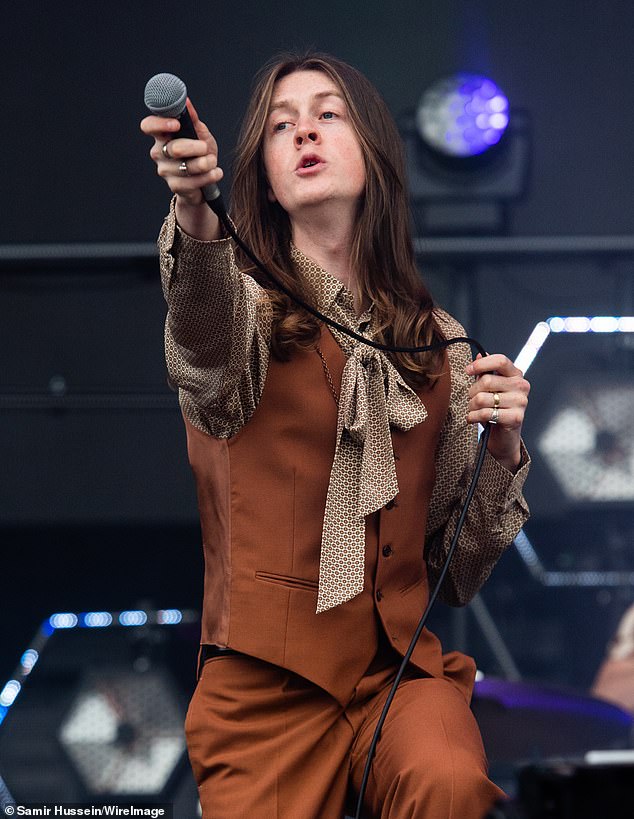 If we are witnessing the slow death of the traditional group, nobody has told Stockport five-piece Blossoms. Tom Ogden is pictured at the Reading Festival 2021

They’ve been rewarded for their efforts. Two of their three studio albums to date have reached No 1 in the UK.

Alongside peers such as The Lathums (from Wigan) and The Wombats (from Liverpool), who’ve both topped the charts in the past six months, their success proves there’s still a healthy appetite for decent guitar bands. They’ve stepped it up on fourth album Ribbon Around The Bomb, trading in some of their early, upstart charm for a newfound maturity.

Co-produced by regular collaborator James Skelly (of The Coral), the album isn’t especially groundbreaking, but it’s still a bold statement.

Track of the week

SLOW DOWN by CHRISTINE McVIE

Recorded shortly before Fleetwood Mac’s 1987 album Tango In The Night, Slow Down is a solo gem by Christine McVie.

The keyboardist’s sun-kissed tones are unmistakable on a bluesy rocker earmarked for the 1980s film American Flyers, but unheard until now.

Amid the expected jangling guitars, there are bright orchestral strings and breezy nods to Paul Simon.

As they showed last October, when they surprisingly teamed up with Rick Astley to play two gigs celebrating The Smiths, Blossoms are happy to delve into the pop heritage of the North-West of England: you can hear traces of The Smiths in Cinerama Holy Days; The Writer could be Noel Gallagher in acoustic mode.

But Ribbon Around The Bomb is the band’s own coming of age. Ode To NYC is a love letter to The Big Apple. The swirling disco of 2021 single Care For is tailor-made for festival stages.

On penultimate track Visions, a seven-minute ballad, singer Tom Ogden, 28 — who married his girlfriend Katie last year — looks back in wonder at everything he has achieved so far in his 20s.

On the evidence here, though, Blossoms are just getting going.

When Norah Jones put out her ‘moody little record’ Come Away With Me in February 2002, expectations were modest.

The album was on the jazz label Blue Note and Jones, then 22, was an unknown who had only just left Dallas to try her luck as a singer and pianist in New York.

But her supposedly low-key effort became a phenomenon. Its mellow mix of jazz, country and soul ended up on 30 million coffee tables.

It scooped eight Grammys, including album of the year, and its warm, reassuring sounds struck a soothing chord with Americans still traumatised by the previous year’s terrorist attacks.

Out again today in a range of formats to mark its 20th anniversary, it has dated remarkably well. Available as a single CD (£11), single vinyl LP (£28), triple CD set (£30) and quadruple vinyl LP (£158, the latter out on May 20), it is resurfacing with bonus tracks that give an even fuller picture of a classic debut. 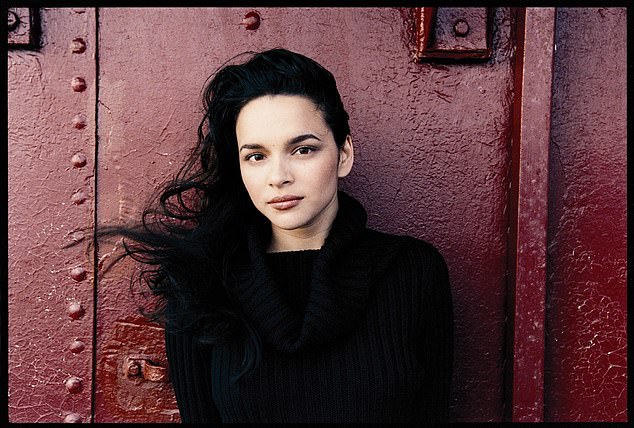 When Norah Jones put out her ‘moody little record’ Come Away With Me in February 2002, expectations were modest

The original album was a combination of old standards and original songs that sounded like old standards. Its soulful simplicity is still striking.

Among the bonus tracks, there is an abandoned early version of the album, one rejected by Blue Note for straying too far from Norah’s jazzy original demos.

With Bob Dylan and Tom Waits covers, and a sprinkling of electric guitar, it’s both a glimpse of what might have been and a pointer to the more eclectic artist Jones would become.