And baby makes…eight? Less than a year after Hilaria Baldwin gave birth to her and Alec Baldwin’s son, the two reportedly became parents for the sixth time!

Hilaria Baldwin and Alec Baldwin, 62, welcomed a new member to their family, reports PEOPLE. On Monday (Mar. 1), Hilaria, 37, posted an Instagram picture of her reported newborn baby surrounded by their five other children — Romeo, 2, Leonardo, 4, Rafael Thomas, 5, Carmen Gabriella, 7, and nearly-six-month-old Eduardo “Edu” Pao Lucas. Hilary didn’t offer much of an explanation with the IG post. She only captioned the shot with “7 [heart emoji]” while saying her husband was the one taking the picture. HollywoodLife has reached out to the Baldwin camp for comment and will update this post when information becomes available.

This new addition comes about six months after Hilaria gave birth to Edu. “We had a baby last night,” she captioned a Sep. 9 Instagram post. “He is perfect, and we couldn’t be happier. Stay tuned for a name.” The couple later revealed that they christened their boy “Eduardo.” In November, Hilaria spoke with PEOPLE about how her children have reacted to having Edu as a baby brother. “My kids are used to new siblings coming in, so they’re already like, ‘When is the next one going to come?’ ” she said with a laugh, according to PEOPLE. “And I’m like, ‘Guys, you and the entire world need to stop asking me that!’ ” Alec added that “We’re oh-so-done” when it came to expanding their family, but Hilaria said, “I want to ask you that in two hours, and we’ll see what you say. I’ll ask you in two hours.”

“They’ve been really great, though. They love [Edu]. They love babies,” Hilaria told the publication. “It’s actually really amazing to watch them because I know that they’re going to be the kind of adults who are really good with kids because they just know so much.”

In 2019, Alec and Hilaria endured tragedy as she suffered her second miscarriage of the year. “We are very sad to share that today we learned that our baby passed away at 4 months,” she captioned a heartbreaking Instagram post.  “We also want you to know that even though we are not ok right now, we will be. We are so lucky with our 4 healthy babies — and we will never lose sight of this.” She shared a video of their daughter Carmen, and Hilaria added, “I told Carmen and took this so I could send it to Alec.” 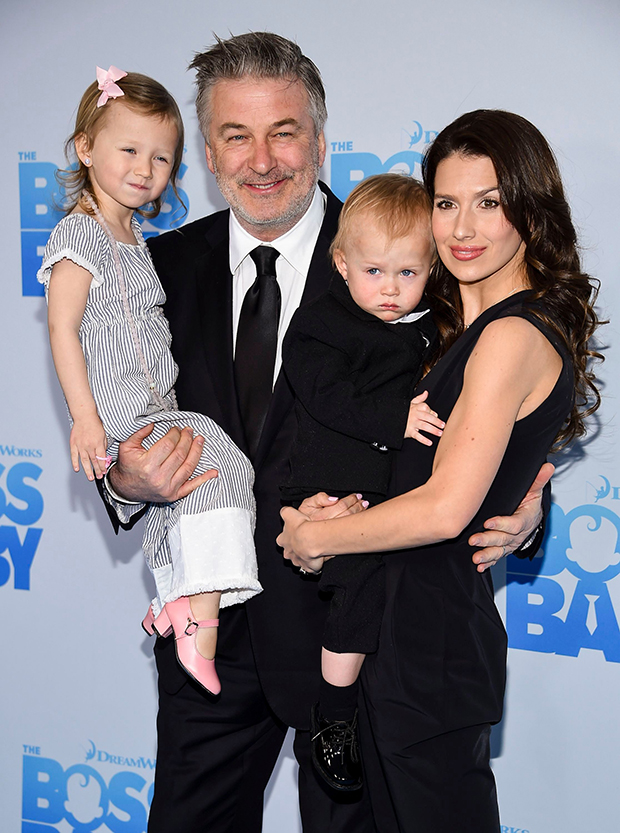 “I told her that this baby isn’t going to come after all… but we will try very hard to give her a little sister another time. I’m really devastated right now… I was not expecting this when I went to my scan today. I don’t know what else to say… I’m still in shock and don’t have this all quite clear.” The following year, not only did Hilaria have a successful pregnancy, but it appears she gave Carmen a second baby sibling. Congratulations!