Alex Trebek is opening up more about his battle with cancer.

The veteran "Jeopardy" host – who announced his stage 4 pancreatic cancer diagnosis last March — revealed what it would take to step away from the game show and his treatment in a new interview.

"It's a quality program, and I think I do a good job hosting it," Trebek told The New York Times this week, ahead of his 80th birthday. "And when I start slipping, I'll stop hosting." 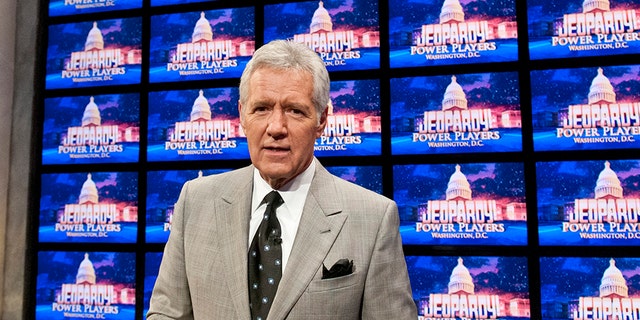 Alex Trebek speaks during a rehearsal before a taping of Jeopardy! Power Players Week at DAR Constitution Hall on April 21, 2012 in Washington, DC.
(Kris Connor/Getty Images)

Trebek will turn 80 on Wednesday, one day after his first memoir, "The Answer Is…: Reflections on My Life," hits shelves. For decades he turned down book offers, but given his declining health and the public's concern, he decided he wanted his life story to be heard "from me."

Back in January, the household name spoke at the Television Critics Association winter press tour where he admitted his resistance was hampered by chemotherapy treatments.

Speaking to the New York Times this week, Trebek confirmed that if his current cancer treatment fails, he will no longer continue it.

“Yesterday morning my wife came to me and said, ‘How are you feeling?’ And I said, ‘I feel like I want to die.’ It was that bad,” he recalled. 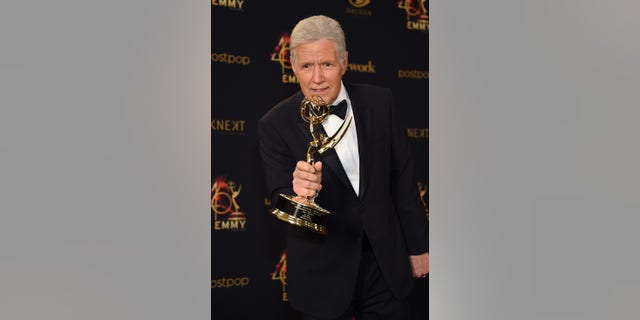 Alex Trebek poses with the Daytime Emmy Award for Outstanding Game Show Host in the press room during the 46th annual Daytime Emmy Awards at Pasadena Civic Center on May 05, 2019 in Pasadena, California.
(Gregg DeGuire/Getty Images)

The global health crisis ended "Jeopardy" production in March but just a few weeks ago, after barely sleeping, Trebek said he mustered up enough energy to get into the studio to film introductions for old episodes of "Jeopardy" that will air later this month. Amid exhaustion, Trebek said he felt better as soon as cameras began rolling.

"Oddly enough, when we started taping I suddenly started to regain my strength. It's the strangest thing. It is some kind of an elixer," he said.

His crew can attest to that. "Jeopardy" announcer Johnny Gilbert told the outlet that it's not hard to tell the game show is his passion.

“Once I introduce him on that stage, he is Alex Trebek,” said Gilbert. “You can tell that that’s what he’s living for.”

Vintage episodes of the series will be broadcast for the remainder of July and into August. In a recent video filmed from his home, Trebek called the episodes "special," including the very first episode he ever hosted, "mustache and all."