Per court documents, Angelina Jolie would like to ‘extract herself’ from business ventures with ex Brad Pitt.

Angelina Jolie and Brad Pitt‘s divorce has spilled over to the south of France, or, more particularly, Château Miraval, the French winery and castle shared by the duo. Angelina, 46, has accused her estranged husband, 57, of blocking the sale of their winery to a third-party buyer in court documents filed on Tuesday, July 6 in Los Angeles. (HollywoodLife has reached out to Angelina and Brad’s reps for comment.) 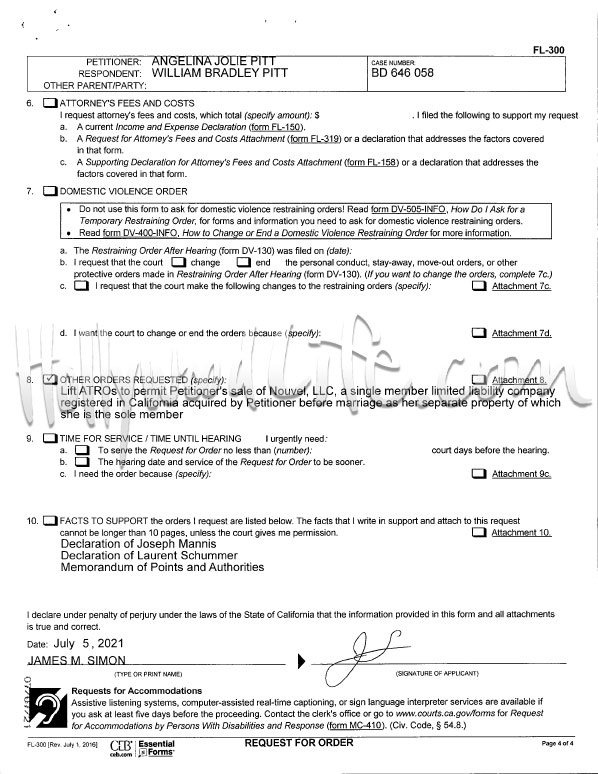 In the documents obtained by HollywoodLife, Angelina has asked for the removal of an automatic temporary restraining order (ATRO), a routine order that prevents divorcing parties from making financial decisions that would affect the other amid proceedings, in order to finalize the sale — but Brad has not consented to the removal yet, stalling the process.

Angelina’s lawyers have stated that the actress is “extremely desirous of closing the pending agreement for the sale” and would very much like to “extricate herself from being business partners with her ex-husband.” The document further read: “Petitioner should not be indefinitely held hostage to being Respondent’s business partner with respect to separate property assets in a family court proceeding to divide community property.” 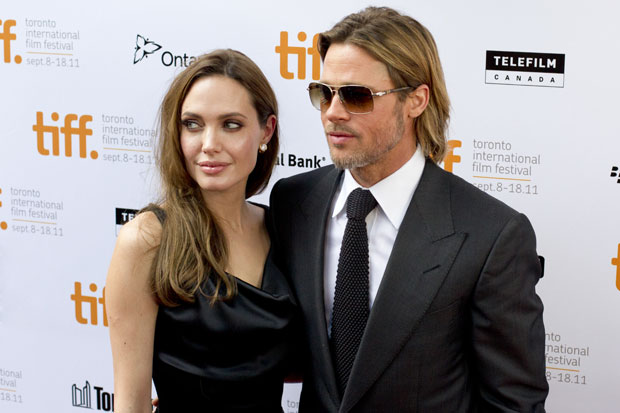 Additionally, Angelina’s lawyers have argued that the winery solely belongs to her since it was acquired prior to her marriage to Brad in August 2014. A court hearing is scheduled for September 22 to discuss the removal of the ATRO in order to make the final sale.

The couple wed in a chapel on the estate of Château Miraval back in August 2014. Angelina and Brad announced their split in September 2016 after over a decade together. The duo share six children, Shiloh, 15, Vivienne, 12, Maddox, 19, Zahara, 16, Pax, 17, and Knox, 12, together. The estranged couple are currently in the midst of a custody battle for the children. In May, a judge awarded Brad joint custody, but Angelina has filed an appeal in order for her to get sole custody.

It has been a contentious divorce and custody battle for the two, one that also involves allegations of domestic violence leveled against Brad. In an interview with British Vogue in February, Angelina alluded to the troubles. When asked if she feels she’s at “happy stage” in her life, Angelina said, “I don’t know. The past few years have been pretty hard,” she said. “I’ve been focusing on healing our family. It’s slowly coming back, like the ice melting and the blood returning to my body.”