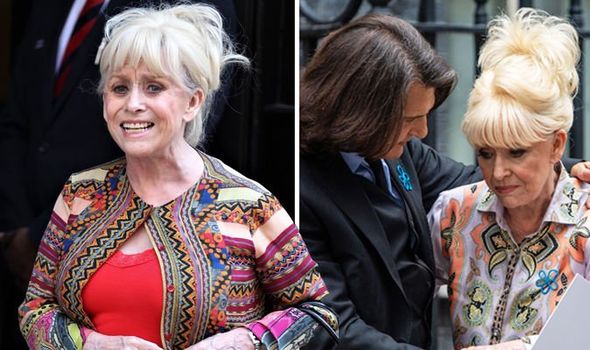 Dame Barbara Windsor, 82, is best known for her role as Peggy Mitchell in the BBC One soap EastEnders. The Carry On actress was diagnosed with Alzheimer’s five years ago, but her husband Scott Mitchell, 57, only spoke out about the news in 2018.

He has now revealed his heartache on the actress’ declining health, where he admitted he took the advice of Barbara’s neurologist and placed her in a full-time, residential care home.

Scott explained it was a painful decision that he decided to make and is on an “emotional rollercoaster”.

Barbara’s other half said he has been trying to keep himself busy but “burst into tears”.

Speaking about his Barbara being admitted into a care home, Scott said: “I have been used to hustle and bustle in this little space, then suddenly, silence . . . all you can hear are your thoughts, and that’s not always healthy.